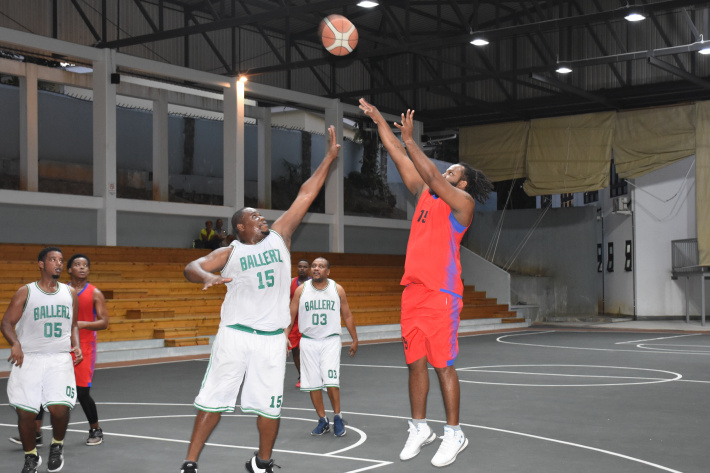 PLS Suns recorded their second league victory on Thursday, defeating Mont Fleuri Ballerz 71-65 to climb eighth on the league table, while the defeat placed the latter one spot above the bottom in the ninth position.

PLS Suns started the match on a very high tempo, outscoring Mont Fleuri 33-14 at the end of the first quarter, before allowing the latter to pick up in the second period of the match, winning it 27-16, cutting PLS Suns’ lead to 49-41 at half-time.

Ballerz, led by captain Mario Andre, came out stronger in the third quarter, scoring 18 points, compared to 13 for Suns, reducing the latter’s lead to just three points, concluding the third period 62-59 in favour of PLS Suns.

In the fourth and final quarter, PLS Suns scored nine more points, while Ballerz add in only six, allowing Suns to take home the victory – 71-65 – and two more points.

The win pushes PLS Suns eighth on nine points from two wins and five losses in seven matches, while Mont Fleuri Ballerz are now on eight points from a single win and six defeats out of seven matches, leapfrogging MBU Boys into the ninth position.

Japha Evenor was once again PLS Suns’ top scorer, this time with 24 points, including four treys, while Andre led the scoring for Ballerz with 24 points.