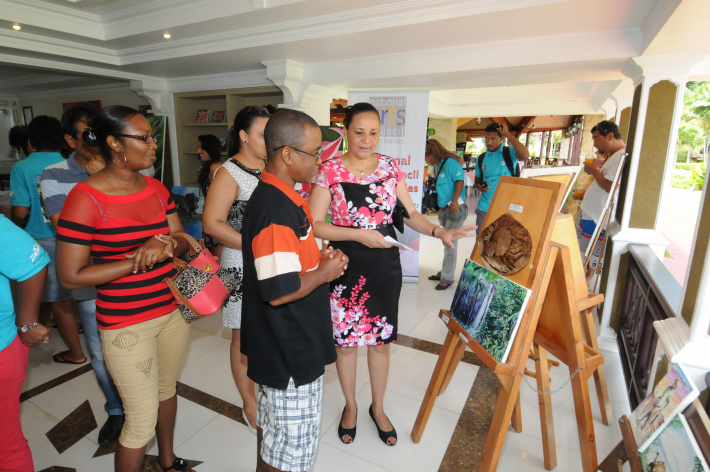 The fourth Praslin Arts Fiesta will take place this weekend

he fourth Praslin Arts Fiesta will take place this weekend, the organisers have announced.

The main organisers of the event are the Praslin Artists Federation (PArFe) in collaboration with National Arts Council (NAC), the Creative Industries and National Events Agency (Cinea) and the Baie Ste Anne and Grand Anse Praslin districts.

“In the past, the Arts Fiesta was merged with the culinary show as one whole fiesta, however last year the Seychelles Tourism Board (STB) organised its culinary festival separately and we will be doing the same again this year,” said Regis Philoé, chairman of PArFE.

The fiesta will be held on Saturday September 7, 2019 as from 7am till 2am early Sunday morning on the Eve Island playing field, in the Baie Ste Anne district.

“The first Praslin Fiesta was held in 2014, followed by one in 2015 and another in 2016. For the past two years it was not held due to reasons out of the organising committee’s control,” said Mr Philoé.

The main activities will consist of an open bazaar where different stalls will be set up by street vendors and farmers to showcase and sell their products.

Visitors coming to the fiesta will also be able to sample and buy pastries and bread from Praslin’s finest bakeries.

The stalls will showcase their variety of products, and it would not be an arts fiesta without arts and craft stalls showing different creations made by talented artists as well as the much anticipated art battle where professional and amateur artists will go head to head.

“The art battle is an initiative of the NAC, artists will be given a theme and a time limit to paint and then they will be judged by show of hands from the crowd,” said Mr Philoé.

For the more environmentally conscious attendees of the fiesta, a recycled exhibition will be on display by the Baie Ste Anne and Grand Anse Praslin primary students.

The exhibition will feature creations made from recycled materials.

The fiesta will be animated all weekend long by Dan Leo group (duo), Losean band, and Tropical Stars band.

A variety show featuring Praslin's artists will also be put on during the fiesta as well as live performance from singer and musician Ruben accompanied by the Island Vibration band.

Mr Philoé added that in the past, the fiesta was a successful event which was attended by many people from Praslin and he added that hopefully it will be the same, or even better this time. 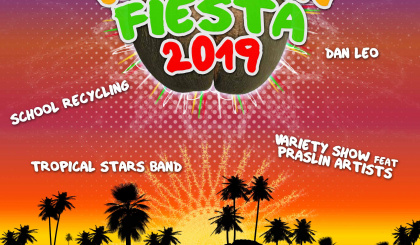