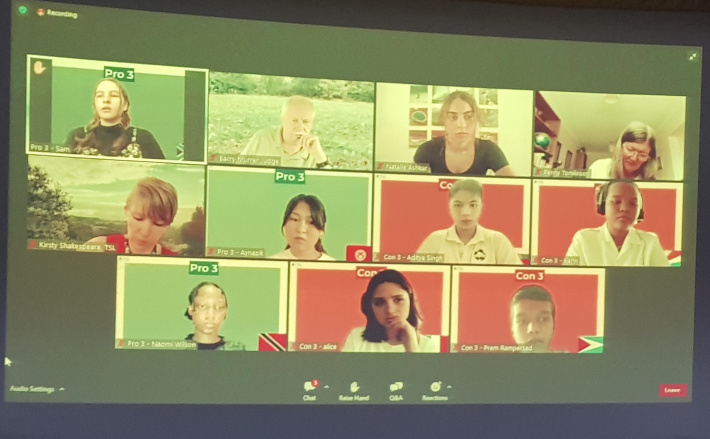 Avantika Dutt of International School and Nelson Charles from Mont Fleuri primary school, as well as Karin Samedi and Cliven Azemia of Plaisance and English River secondary respectively have been commended for their presentations at this year’s international debate organised by Trust for Sustainable Living (TSL).

The four took part in the online debate under the theme, ‘How would addressing inequality help to combat the climate crisis?’ which took place last week at the SITE Auditorium at Mont Fleuri. The results were announced on Saturday.

They were the finalists of an International Student Essay Competition organised by the UK-based TSL.

According to TSL, the essay and debate give students a chance to practice their teamwork, communication and debating skills as well as provide a great opportunity to meet other like-minded students and discuss global challenges.

This year TSL received a total of 1122 essays from 59 countries where students shared their ideas on how addressing inequality might play a role in combating the climate crisis.

Two students from each country – for both primary and secondary – with the highest scores are chosen by TSL as finalists.

Locally the event is coordinated by the Sustainable Development section within the Ministry of Education and according to the section’s senior education officer, Lynndina Essack, Seychelles has been taking part in the essay and annual debate for years and has been a finalist since 2012. The highest position reached in the competition was third place.

According to Ms Essack, it is a good platform for Seychelles as a small island state which sees and feels the direct impact of climate change.

She says the students, who are mostly eco-school members, are passionate about making a worthy change in the environment.

“We need to give young people the platform because as future decision makers, they should start voicing the problems. When writing their essay and taking part in the debate, they are doing their own research, thus seeing, and understanding what is happening worldwide, learn from their experience, share their knowledge, and learn about solutions and propose some as well,” said Ms Essack.

This year, Seychelles had 2 primary and 3 secondary students as finalists, however since only a maximum of two students are chosen from each category for the debate, the two with the highest scores from secondary were chosen to argue for and against inequality and climate change.

Nine-year-old Avantika Dutt from International School Seychelles received the Judges Commendation as Best Overall in her group which was talking about Gender Inequality as well as the Judges Individual Commendation for ‘Best Understanding and Presentation’.

Eleven-year-old Nelson Charles from Mont Fleuri primary school received the Judges Group Commendation for being ‘Specific and Solution Oriented’. His group was talking about Racial Inequality.

In the secondary category, the Best Overall Individual Judges Commendation went to 17-year-old Karin Samedi from Plaisance school. Her group also won the Judges Group Commendation: Con 3 for ‘Great Originality and thoughtfulness of their arguments’ about education and climate change.

Sixteen-year-old Cliven Azemia from English River secondary school and his team won the Judges Group Commendation: Pro 2 for ‘Great Research and Structure of Debate’ for their debate which was supporting the need for education equality to fight climate change.

“Gender inequality is when women and men are not treated equally, and gender inequality is increasing due to climate change. Because in some poor countries it is common for women to eat after the men. So, when during droughts they are not fed properly, and so they do not thrive. They keep quiet for fear of being beaten up. Women do not get the same opportunities as men, and key jobs are occupied by men”.

“Pollution is still a big problem in Seychelles, and we can still find trash at the bottom of the sea, air pollution, caused by factories and vehicles. All these have an impact on climate change. We need to work together to fight all these pollutions, like ensuring our trash do not end up in the sea, switching to electric cars because toxic smoke is also not good for our health.”

“Climate change is a major issue and actions need to be taken because already as a small island state, we have seen some of the impact, such as flooding and coastal erosion. Most of our population live on coastline, so this will have an impact on their livelihood. My focus in the debate was mainly on education equality, why because education is the most important tool to fight against climate change. People should have global awareness, meaning knowing and understanding what is going on around them, as well as come up with technologies that could help us tackle the crisis. Once we have global awareness, there will be peace and stability, there will be tolerance, people will be more resilient and become immune to the negative impact.”

“I believe that a lot of inequality is happening due to climate change. Sometimes when we watch television, we see erosion happening in places like Beau Vallon but there are countries which are worse off because people lose land and their homes. Some of them must migrate to other countries and adapt to another culture, laws, etc. some find it hard to get new jobs or houses because they do not meet the criteria set by that country. I also believe we should educate people that being poor is not an excuse not to save the environment. Educating them about waste management is crucial because sometimes least developed countries use a lot of non-recyclable materials because it is cheaper, thus generating more waste due to one-time use of materials. I know that Seychelles puts in a lot of effort to combat climate change, but we can do much more, for example waste manage, in my case I come from a four-member family and the amount of food waste we produce daily is a lot and all of these go to the landfill creating methane, leading to fires. I live in 4-storey where all the residents are generating food waste, which end up on landfills. If we can find a solution for our food waste, maybe it will help improve people’s lives, and we will have fewer fires at the landfill.”

The four finalists will later receive a certificate of participation and prizes from the main local sponsor, MCB International, as well as tokens from TSL international and its partners. 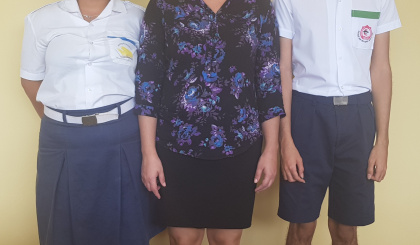 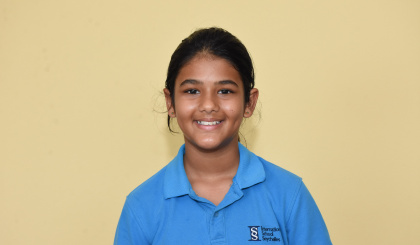 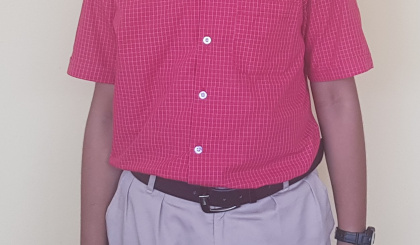 Art teachers from public schools gear up to take students on visits to biennale exhibitions |05.08.2022