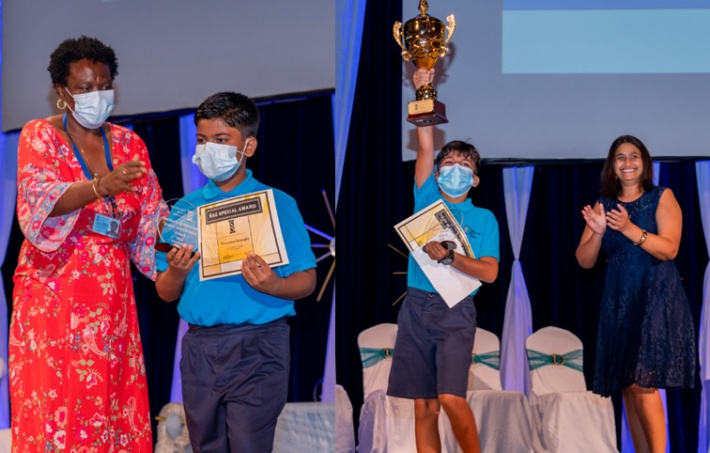 Eighty-one students spread across three classes rallied on stage to receive their certificates signifying their successful completion of their primary education.

The students played an active role in bringing their graduation ceremony to life by MCing for the event. They prepared some singing and dancing, showcasing their talent in front of guests, teachers, parents and their peers.

Three additional awards were distributed throughout the course of the ceremony being: the Outstanding Effort Award won by Soma Chavadan; with Thanuwana Serasingue taking the Outstanding Academic Achievement Award. The prestigious Key Stage Two Teacher’s Award which was gifted to the student who has embodied the school’ slogan ‘You are not born for yourself but for the World’ was won by Axel Albert. The fervent acclaimed Board of Governors Award was received by Harry Barker in 6B.

The school’s principal, Elodie Vallantine, during her speech congratulated the students on their accomplishments which would have not been possible without the help and endless support of their parents.

The principal made sure to encourage the students, that they give the very best of themselves as they enter the next stage in their educational journey in secondary.

Keynote Speaker, ISS Alumni Raphaelle Bouchereau, recounted some of her own experiences to the students leaving them with advice along the way. “You are about to start one of the most exciting moments of your lives. Soon, you will be making choices pertaining to your futures.” Ms Bouchereau urged the pupils to work hard “as everything of value, comes from it”.

Words of encouragement surely touched the students, who for their part expressed their sincere gratitude for the effort put in by their teachers and parents, in making their primary years memorable as depicted through their video montage.

During the reflective speech delivered by Athalia Jean Louis on behalf of her peers, she reminisced on some of the memories shared.

She noted on the bursts of joy experienced by each pupil when they received acclaim from their tutors and peers instilling in them the necessary attitudes which will enable them to push through on their journey in secondary. 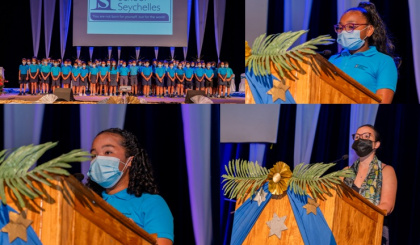