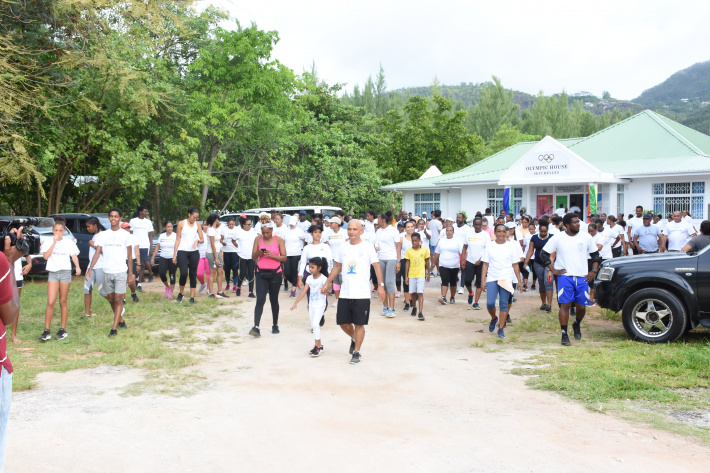 Some 150 runners of all ages turned up for the fun run yesterday afternoon to mark International Olympic Day under the theme ‘Together for a peaceful world'.

Organised by the National Olympic Academy of Seychelles (NOAS) within the Seychelles Olympic and Commonwealth Games Association (Sogca), the annual fun race, which also includes walking for those who cannot run, had not featured for the past two years due to the Covid-19 pandemic.

Yesterday’s event started off with a warm-up exercise at the Olympic House, Roche Caïman, before the runners, mostly females from different organisations, sports federations and associations and the general public, were led by Minister for Youth, Sports and Family Marie-Céline Zialor on over two laps of the fitness trail.

Before the race, Minister Zialor thanked the participants for making time to come to celebrate peace through sports and asked them to bring someone with them at the next fun run so that more and more Seychellois can be active.

“It is the responsibility of everyone in sports to demonstrate peace and we, in Seychelles, can be an example to the rest of the world if we are able to achieve this,” said Minister Zialor who expressed her desire to see that peace in sport is celebrated everyday.

The Olympic Day message by International Olympic Committee (IOC) president Jacques Rogge was read out by Sogca president Antonio Gopal who highlighted that the purpose of the Olympic Movement is always to promote peace.

All the participants of the fun race who spoke to Sports NATION said they were happy that the event is back and that there should be more of such fun races from time to time to bring people together to have fun and to stay fit.

It was Frenchman Baron Pierre de Coubertin who founded the International Olympic Committee on June 23, 1894 at the Sorbonne University in Paris, France.

The accompanying photos were taken by our photographer Thomas Meriton. 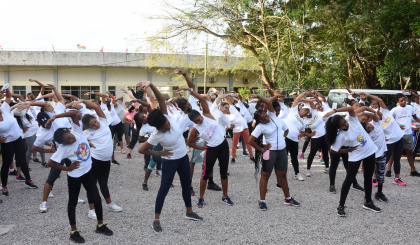 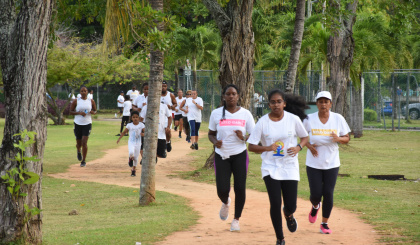 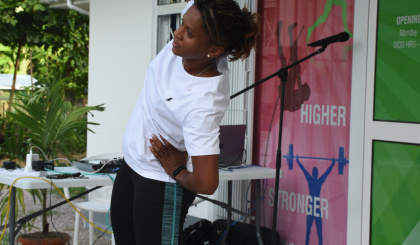