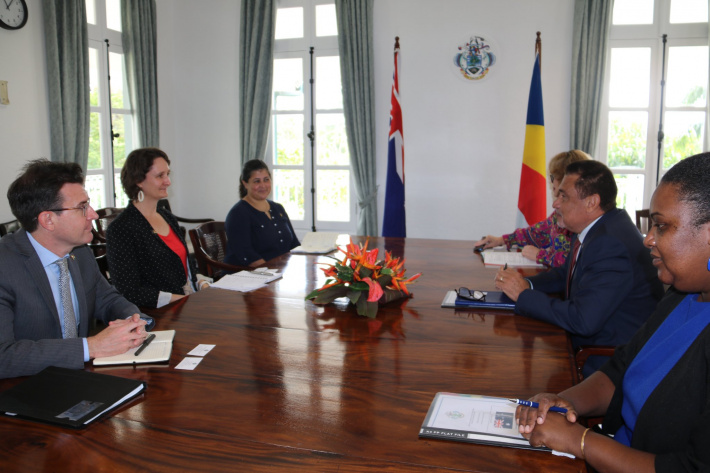 The Australian high commissioner for Seychelles, Dr Kate O’Shaughnessy, paid a final courtesy call on Minister Sylvestre Radegonde to mark the end of her tenure.

She was accredited as high commissioner of Australia to the Republic of Seychelles in October 2021.

During the meeting, the minister thanked Dr O’Shaughnessy for the support extended by the Australian government throughout the years and spoke of the great bilateral relations between Seychelles and Australia, dating back to 1976.

The high commissioner expressed her gratitude to the minister and staff of the Foreign Affairs department for their dedication and hard work.

She briefly talked about the Australian government’s focus on the issues concerning climate change and also expressed her government’s intention to support the concept of the Vulnerability Index for Small Island Developing States (Sids).

Illegal fishing, maritime security and the Blue economy were also identified as areas of cooperation.

Also present at the meeting were the principal secretary for Foreign Affairs, Ambassador Vivianne Fock Tave and senior officials of the Foreign Affairs department.