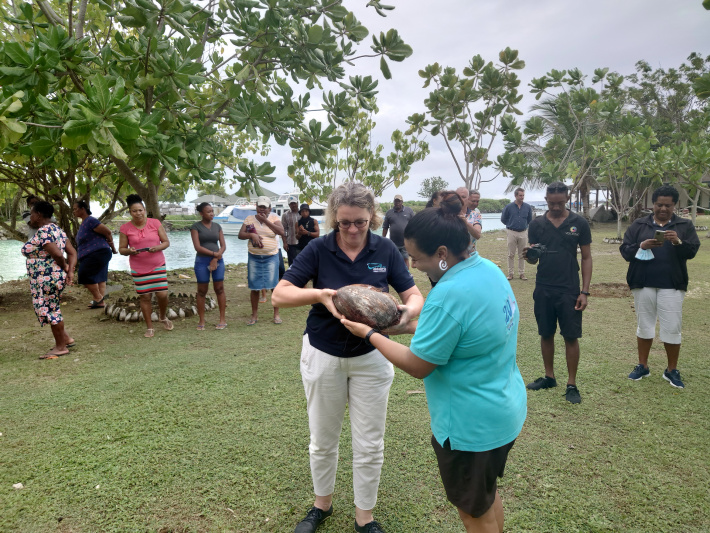 Efforts to boost the number of coco-de-mer trees growing on Silhouette has received new impetus with the planting of ten nuts at different locations on the island.

According to the last census of 2021, Silhouette has a population of 20 adult trees and a few juveniles of the endemic Lodoicea maldivica which has been introduced on the island for decades. Unfortunately, the population is currently being threatened by invasive species, such as the Fowatouk (Clidermia hirta) and Vyey fir (Lantana camara).

In view of these threats, the Silhouette Foundation comprising representatives from the Island Conservation Society (ICS), the Islands Development Company (IDC), Hilton Seychelles Labriz Resort & Spa, and the Ministry of Agriculture, Climate Change and Environment, planted the nuts in various locations along the plateau at La Passe, namely at the jetty, the community centre, the Dauban Mausoleum and the hotel premises. The nuts were donated by the Seychelles Islands Foundation (SIF). Its chief executive, Dr Frauke Fleischer-Dogley, was also present at the event.

“This initiative will buffer up the Island’s already rich biodiversity but it is also our contribution to the national programme of protection and upscaling of endemic species of Seychelles,” states the deputy chief executive of ICS, Shane Emilie.

With a rich biodiversity, Silhouette Island was declared a national park in 2010. It is managed by IDC, while ICS maintains a conservation office and implements various biodiversity conservation programmes and associated projects on the Island with the support of its partners and the community. The idea of propagating the world’s largest nut on Silhouette will add more aesthetic value to the island, which hosts one of the most luxurious hotels in Seychelles, but also give a boost to creating more awarness on the endemic species which is listed as endangered by the International Union for Conservation of Nature (IUCN).

One of the oldest residents of Silhouette, 83-year-old Modestine Magnan was among those who joined in the nut planting activity.

“Mr Dauban planted several coco-de-mer at Jardin Marrons, more than two hours walk uphill from La Passe, but people my age will never get there. I am therefore glad that visitors to Silhouette will get to appreciate the national fruit of Seychelles here at the centre of the island,” she commented.

In view of the educational and awareness programme available, the residents of Silhouette Island will be given more awareness on the different planting sites, which will also be clearly demarcated.

Although vandalism and poaching remains a concern on other islands, Mr Emilie states that this has never been a problem before on Silhouette, adding that the islanders “takes pride in the conservation work being undertaken on the Island and with the help of our partners we ensure that the rich biodiversity is protected at all cost.”

ICS intends to continue with the exercise in order to propagate coco-de-mer in key locations on Silhouette. ICS extends its gratitude to everyone who has contributed in one way or another to this event. Sincere gratitude goes to the Seychelles Parks and Gardens Authority for facilitating a short session on propagation of coco-de-mer nuts prior to the event.

The accompanying photographs show the various personalities who planted the nut during the activity on Silhouette.

Contributed by ICS and IDC 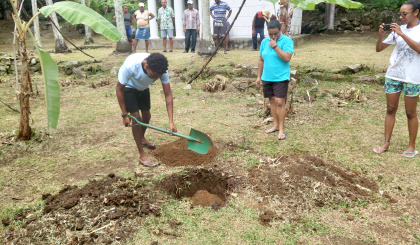 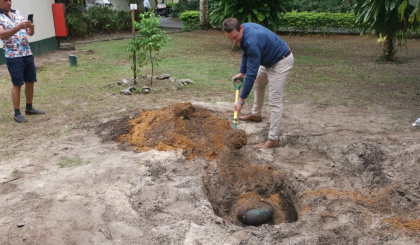 Thomas Porter, the resort manager, plants a nut on the hotel premises 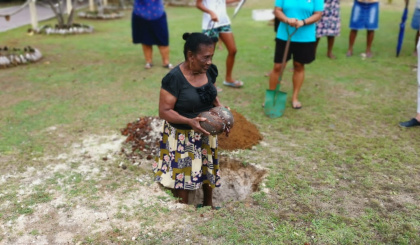 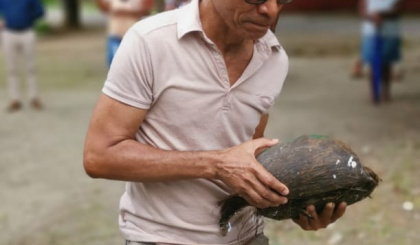 Pat Matyot, one of the Silhouette Foundation Trustees carries the delicate nut to the planting area 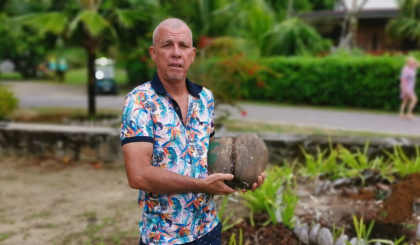 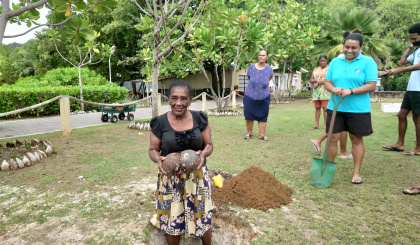