Public Service Appeal Board launched |21 May 2022 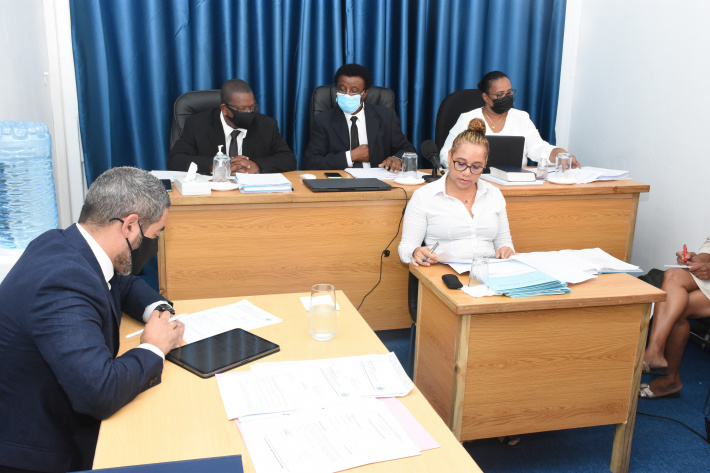 Members of the PSAB at work in their new office (Photo: Louis Toussaint)

Yesterday saw the launch of the Public Service Appeal Board (PSAB). After many years of struggle, finally the PSAB has a place to hear the cases with a proper office area and four staff.

The office is located in Room 209 at Premier Building, Victoria.

The new PSAB was appointed in November last year with Bryan Julie as chairperson and Gerald Edwin Julie and Yvonne Louisette Belle as members.

“It took us some time as we had to move premises. Due to budgeting constraints, we were not able to start functioning and we had to procure some equipment like furniture, office materials etc. Meanwhile we were receiving complaints and from February 2022 to now we have heard at least 70 cases. Some of which were registered under the old board. Although most of these cases were not supposed to be filed before the PSAB, we have tried to advise the complainants and not just turn them away,” explained chairperson Julie.

The next course of action for these complainants is to make sure that their applications are not rejected because of time.

“Up to now we are still negotiating with some government departments for them to obey the orders of the old board. As far as our cases are concerned, we did not have this problem until now, because they are asked to file their complaints within a week and this gives us time to meet both parties and try to settle amicably out of court or negotiate with both parties, if they want to go to court,” added Mr Julie.

The PSAB may refuse to consider an appeal or complaint where it is of the opinion that it is frivolous, vexatious or trivial or made in bad faith; or the making of the complaint has, without reasonable cause, been delayed for more than six months, or the complaint is the subject of proceedings before the court.

Where after considering a complaint the PSAB is of the opinion that the complainant has been aggrieved as alleged in the complaint, the board shall order the public authority concerned to take such appropriate action as is specified in the order within the time specified in the order. Where the public authority fails to comply with the order, the board shall make a report to the National Assembly.

Mr Julie added that most of the clients are represented by a representative of the worker’s union or sometimes even by a lawyer. Any public servant if they want to file a complaint can go directly to the PSAB office to register the case.