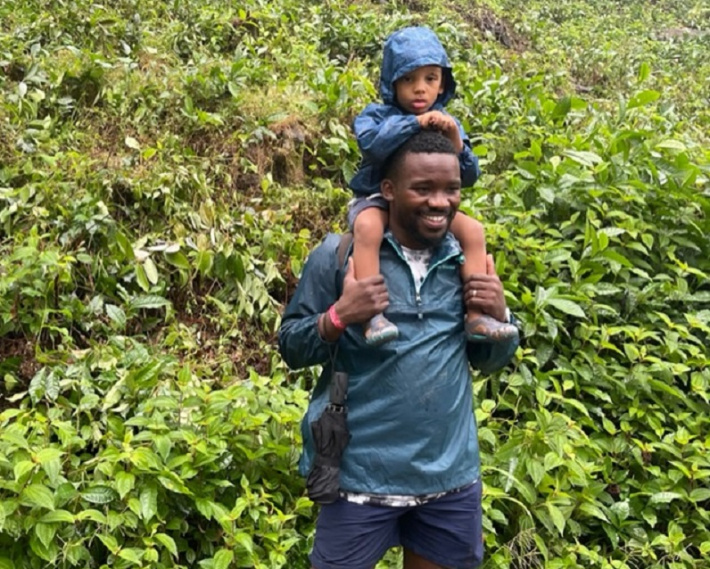 Despite the wet weather conditions, several members of staff from the Seychelles National Parks Authority (SNPA), the Ministry of Agriculture, Climate Change and Environment (MACCE), and representatives of the tourism department accompanied the two French visitors at the former tea plantation at Salazie where they planted some trees.

Children from the Beau Vallon crèche had also been invited to join the tree-planting activity but could not attend due to the bad weather.

The family, which consists of Eloim Demikouiza and his two-year-old son Aaron Demikouiza, organised the activity with the help of the public education and community outreach division. In total, they planted around 35 endemic Bois Dame trees.

Mr Demikouiza explained that he took part in the tree-planting activity to help raise awareness of the importance of nature and the environment.

He recalled the experience of his first trip to Seychelles some years back. “I saw that on certain beaches, there were plastic items left behind by tourists who didn’t pay much attention to nature,” he said, adding that he hopes to later on look at a different environment.

Mr Demikouiza urges other tourists who visit Seychelles to pay close attention to the nature around them and to not act carelessly by disposing of trash in the environment.

“If you can do something for the country, do it the best you can! Nature should be left as it is ‒ we are nothing compared to it,” said Mr Demikouiza.

Director general for education at the MACCE, Jeanette Larue, also took part in the tree-planting activity and stated that they thought it would best suit the family after receiving their request to include an activity which raises environmental awareness in their trip for the first time.

Ms Larue described the activity as successful. “The activity went well enough. We were able to achieve what we came here to do, which was to plant trees.”

She also noted that tourists are free to take part in such tree-planting activity by making arrangements through either the tourism department, the SNPA or the MACCE.

After the trees had been planted, Mr Demikouiza was presented with some gifts as the involved associations expressed their appreciation. 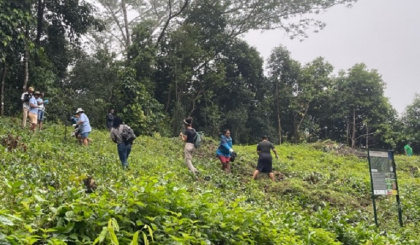 The team at the tree planting site at Salazie 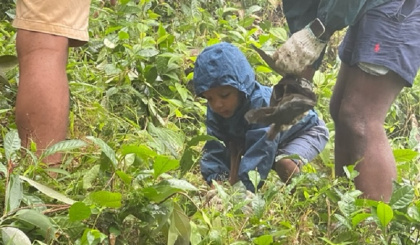