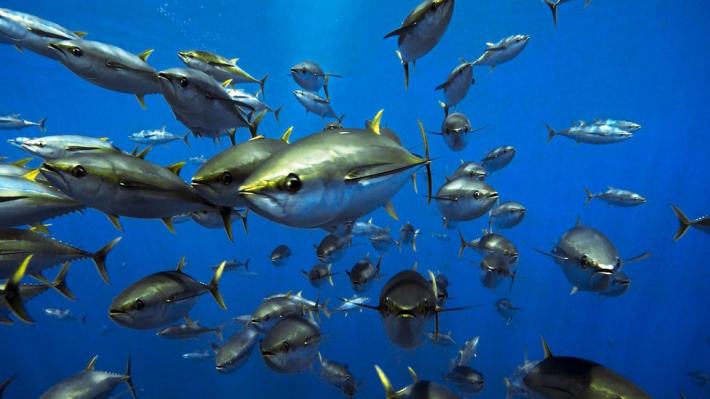 The state of the yellowfin tuna stock has not been improving since the resolution on the interim plan to rebuild the population of this species in the Indian Ocean region was passed in 2016.

The Minister for Fisheries and the Blue Economy, Jean-François Ferrari, made the remark at the official opening of the 26th session of the Indian Ocean Tuna Commission (IOTC) that Seychelles is hosting at the Eden Bleu Hotel, Eden Island.

The week-long session is being conducted both live and remotely with the aim of discussing the state of the yellowfin tuna in the Indian Ocean.

Minister Jean-Francois Ferrari stated in his address that currently the world is living through difficult times and he insisted on the need for cooperation to ensure the conservation of tuna and tuna-like species in the Indian Ocean.

“We all eagerly travel the world to promote the sustainable development of our fisheries. We all claim our historical and geographical rights to access this important resource. But the real question is whether we are all genuinely prepared to find common solutions to attain these goals or have we decided to fight each other from his or her corner,” he said.

Seychelles’ biggest challenge is managing the fish stocks which Minister Ferrari says is under a lot of pressure especially yellowfin tuna.

He highlighted that this is a priority on the agenda and that the IOTC needs to cooperate to manage the situation.

Minister Ferrari noted that in the past a lot of measures have been taken but unfortunately not all of the members of IOTC applied these measures. This has led to frustration between the members implementing the measures and the ones not applying them. This means that while one member state is reducing the number of yellowfin tuna fished, another is adding to their stock and overfishing the species, leading to overfishing counterbalance.

The members of the IOTC are supposed to report on the conditions of their stocks to aid the commission in making a proper management decision. The minister stressed again that not all countries are cooperating, leading to the instability of the IOTC itself.

Minister Ferrari noted that the resource belongs to all who are members of the IOTC and coastal states.

He accentuated on how many small island developing states, including Seychelles, are extremely dependent on the tuna resource from a socio-economic and food security point of view.

During the course of the pandemic, Seychelles’ economy would have collapsed with the impact the pandemic had on tourism. Minister Ferrari stated that Seychelles survived as a result of the fisheries sector, in particular the tuna fishing sector.

Members of the IOTC are urged to let science guide them and base their decisions on verifiable facts.

Minister Ferrari stated that if all members make the effort that is proportional to their size, are fair and recognise the specificity of the member states, the IOTC will move forward.

Minister Ferrari acknowledged that at the moment the favoured results are not manifesting even though some have shown the effort, this due to other states preferring to continue to overfish. This has put a strain on the various IOTC members and Minister Ferrari noted that “our most formidable task this week is to agree on common solutions, fair and proportionate compromises and shared and equitable efforts from all”.

The cooperation of the IOTC members is voluntary therefore IOTC’s major weakness is the members’ ability to refuse to comply with certain measures.

The minister stated that Seychelles will play its part as it has done in the past and he urged all the member states to join together for measures that will contribute towards the rebuilding of the yellowfin stocks and management of all stocks and species in the Indian Ocean. 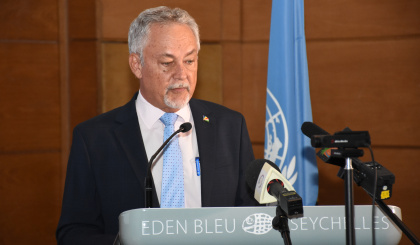 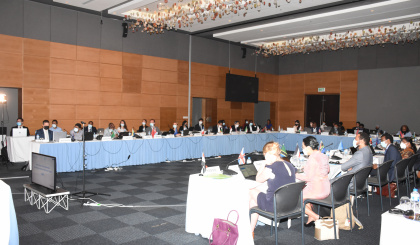