Professional footballer Michael Mancienne and World Cup alpine ski racer Tommy Ford yesterday had the chance to share the road to their professional success with a group of young local athletes through interactions during an open discussion.

The activity held at the Olympic House at Roche Caïman falls under the ‘Inspire to Aspire’ programme launched by the ministry responsible for youth and sports in 2017.

It provides a new impetus for sports, cultural development, youth aspiration and social change, while providing an avenue for our aspiring youth to understand that the way to success is through hard work and discipline.

Launched by principal secretary for Youth and Sports Ralph Jean-Louis, the activity gathered swimmers, sailors, cyclists, weightlifters and table tennis players who interacted with the two professional athletes, getting living proof and testimony.

The questions raised by our young aspiring athletes varied from dieting to the balance between sports and school during the first phase of becoming a professional athlete.

Both Mancienne and Ford noted that their careers have been successful due to their hard level of commitment, discipline and also sacrifices.

They advised the young athletes to focus on perfecting their moves and techniques, rather than setting their goals on results which they said will come eventually.

Tommy Ford is a World Cup alpine ski racer from the United States who specialises in giant slalom and super-G.

His best World Cup result to date is a first-place finish at a giant slalom event in December 2019, and he has represented the USA in three Winter Olympics and four World Championships.

As for Mancienne, he is an English professional footballer who plays as a defender for Burton Albion who compete in League One, the third tier of the English football league system.

Born of Seychellois parents, Mancienne was schooled primarily as a centre back and can also play as a defensive midfielder as well as both fullback positions as he showed during appearances for Chelsea, and multiple loan spells at Queens Park Rangers (QPR) and Wolverhampton Wanderers (Wolves). He joined Bundesliga side Hamburg in 2011. After three years in Germany, Mancienne returned to England with a move to Nottingham Forest, making 124 league appearances for the Reds, before moving across the Atlantic to play for New England Revolution in the MLS.

He is a former England under-21 player, having received his first call-up for the senior squad in November 2008, ahead of a friendly against Germany.

Born in Feltham, London, Mancienne was spotted by Chelsea as a nine-year-old playing for Kingstonian, and debuted for the Chelsea Reserves while still at school.

He signed a professional contract in January 2006, and was called onto the bench for the final match of the 2005-06 season but was unused. 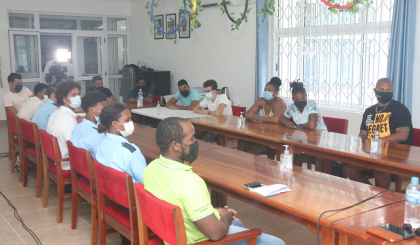