Kaushalkumar Patel is the new chairman of the Seychelles Cricket Association.

He was elected to replace Jonathan Paul during the sport’s annual general meeting held on Saturday April 30 at the Maison Football auditorium, Roche Caïman.

Gamage Nadisha is the secretary, Shanmugam Tharmenthiran the treasurer and the ordinary members are Krishna Naidoo, Santosh Pillay, Stephan Don and Vijay Hirani.

Chairman Kaushalkumar Patel, better known as Kaushal, in his first address thanked the outgoing chairman, Mr Paul, and his committee for the phenomenal work and incomparable commitment towards the development of Seychelles’ cricket for the past two decades. He described it as a “huge benchmark set.”

Mr Patel promised the members present that he and his committee will work in partnership with all stakeholders for the betterment of Seychelles’ cricket and will focus on developing women’s and children’s cricket in the near future.

During the meeting, several awards were given to the best performers of different cricket tournaments held over the last two years. 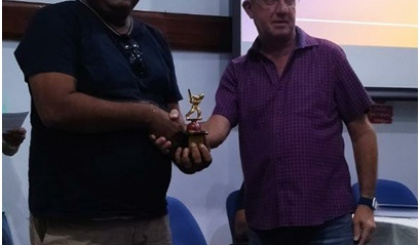