Labour Day mass at the St Joseph parish, Anse Royale St Joseph the worker, example of the holiness of human labour |03 May 2022 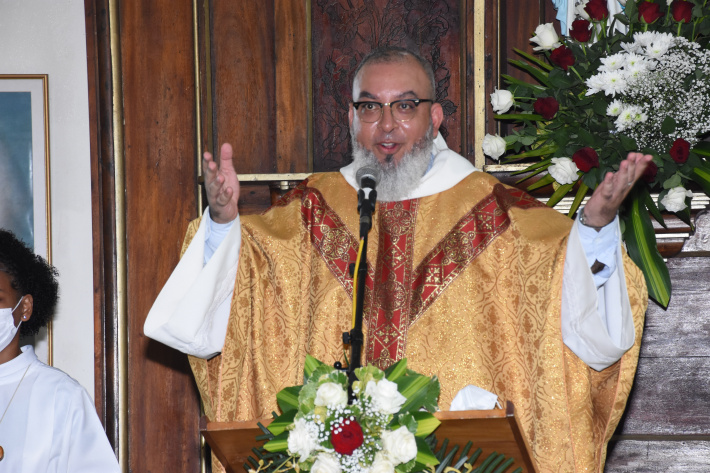 Throughout the New Testament, there are trace references of Jesus working as a carpenter while a young adult, and as believers, we should follow in the footsteps of the Most High and adopt the culture of working, both for ourselves and our country.

The statement was the highlight of the homily by Father Collin Underwood during the traditional Labour Day mass held at the St Joseph parish church at Anse Royale, focusing on the value of work.

St Joseph cared for Mary, his wife, and Jesus, his son, through his work as a carpenter, representing for us the ideal of dignified work and faithful contribution to the common good. His example reminds all workers to participate in God's continuing creation each and every day through our own labour.

To foster deep devotion to St Joseph among Catholics, and in response to the ‘May Day’ celebrations for workers, Pope Pius XII instituted the feast of St Joseph the Worker in 1955, as a counter-celebration to the communists’ May Day.

This feast extends the long relationship between Joseph and the cause of workers in both Catholic faith and devotion.

By work, humankind both fulfils the command found in Genesis to care for the earth (Genesis 2:15) and to be productive in their labours, and Saint Joseph, the carpenter and foster father of Jesus, is but one example of the holiness of human labour.

Father Collin reminded those present that going all the way back to Genesis, we can see that God worked when He created the world and therefore, when we work, we resemble Him, while, in addition, work is not God's way of punishing us, but He rather blesses us with the ability to work so that we can honour Him.

He explained that through work, we do not help only ourselves and our family, but also the whole society.

He encouraged all those who are cultivating a habit of laziness to get up and work and feel the difference it makes to their lives.

Father Collin added that when in difficult and sad times, getting back to the right habit is very important and work is the perfect therapy to overcome all difficulties.

He said after Christ died, Peter went back to what he used to do best which was fishing.

Making reference to Genesis 3:19 – by the sweat of your brow you will eat your food until you return to the ground, since from it you were taken; for dust you are and to dust you will return – Father Collin , again highlighted the importance of work.

Activities to commemorate feast of St Joseph the Worker continued with the blessing of tools by Father Collin, while the highlight of the day was the blessing of the cross on ‘Ros Lakrwa’ newly restored by a group of inmates from the Montagne Posée prison. 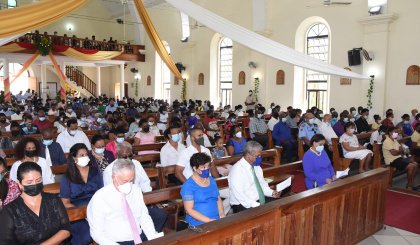 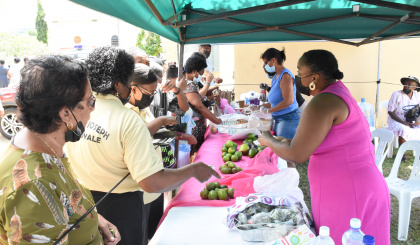 People buying at one of the stalls (Photo: Joena Meme)