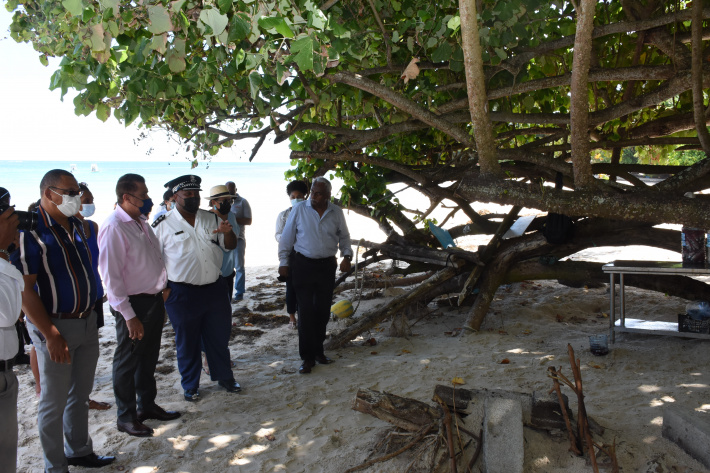 The minister responsible for tourism Sylvestre Radegonde yesterday made an appeal to all agencies to take their responsibilities more seriously to ensure that law, order and cleanliness are maintained at the Beau Vallon beach, one of the most popular beaches on Mahé.

Minister Radegonde made the appeal after leading a delegation which also included Minister for Internal Affairs, Errol Fonseka, to better acquaint themselves with the different problems occurring in the area.

The ministers have learned that most of the problems are related to drugs as many sellers and pushers operate in the area, thus attracting addicts most of whom are involved in selling coconuts and other fruits. Littering is also a big problem, while harassment, stealing and scamming of touristsare among other anti-social and illegal activities.

“We have to address these issues once and for all. It is not the kind of image of Seychelles that we want to portray,” said Minister Radegonde, noting that he wants the concerned agencies to take note of the problems so that they take their responsibilities more seriously to address the different problems occurring in the area.

Minister Radegonde said he was very disappointed to see so much rubbish at the Beau Vallon beach, the area which is supposed to be our golden mile. He noted that with the number of tourism establishments located in the area and Seychelles being a five-star destination, it is not nice for tourists to see so much rubbish lying around.

He said Beau Vallon resembles what Côte d’Or on Praslin looked like some months ago‒ unclean with anti-social activities by vagrant people including those on drugs walking like zombies.

While witnessing first-hand the environmental situation, the delegation also interacted with fruits and vegetables vendors, fish sellers, craft and souvenirs vendors, food vendors, boat charter operators, watersports operators and the cleaning contractors among other small businesses operating along the coast of Beau Vallon to hear their views and thechallenges they encounter while running their businesses.

Minister Radegonde said while waiting for the comprehensive plan for the development of the area to be carried out, discussion will be held with different agencies to address immediate issues, especially for the craft vendors. Other immediate issues to be addressed include rental, possibility for the small businesses to expand their activities, disturbances caused by vehicles playing loud music among others.

The accompanying photos were taken by Thomas Meriton. 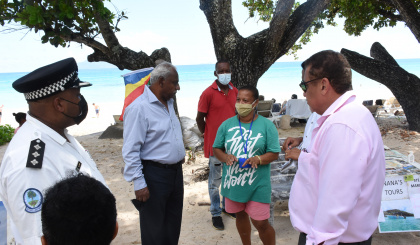 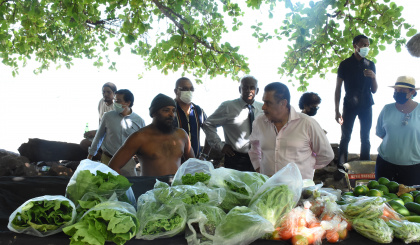 Seychelles’ Tourism Festival off to a good start following launch on La Digue |28.09.2022

Thirteen tourism pioneers honoured for key contribution to the industry |28.09.2022