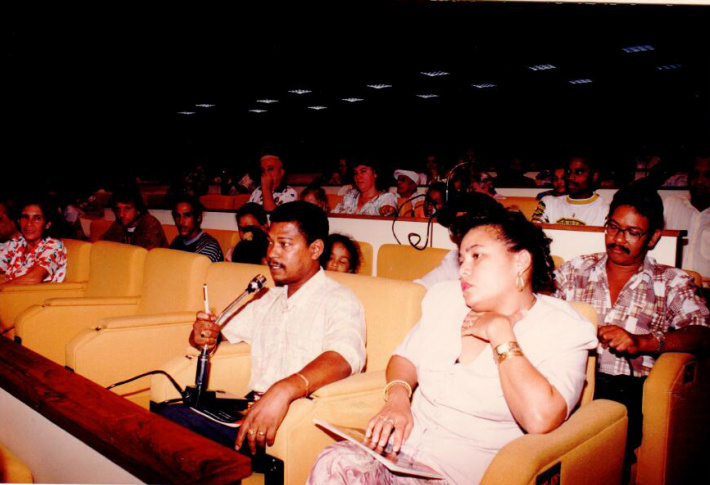 More than five decades ago, a handful of entrepreneurs and innovators overcame the odds to create the first Seychelles-brewed beer. The origin of Seybrew is a tale of passion, creativity and determination: defining characteristics of a company that would go on to transform the archipelago forever.

Together with W.N. Wells and C.V. Nash, he wrote to the head of the colonial British administrator of Seychelles, Forsythe Thompson, with a proposal for starting a brewery on the main island of Mahé.

All three were British entrepreneurs with backgrounds in breweries, living in the United Kingdom, though Robert did have prior knowledge of Seychelles despite not residing there.

Within four months they received a response – which before e-mail and airmail could only be considered a relatively rapid reply – in which Mr Thompson welcomed the notion, and suggested one of the potential investors come to Seychelles for a visit.

Robert came to Seychelles on July 14 for talks with government officials, and merely one month later, on August 16, 1967, the group received a letter from the colonial government’s financial secretary, A.G. Padgett, informing them they would be “granted an Exclusive License to establish a brewery.”

It was unlikely that Wells and his party would have known at that time that the government’s approval might end up being the easiest stage of their adventure.

The Seychelles economy of 1967 was still mostly based on the export of cinnamon, patchouli and some other spices, as well as guano. Tourism was largely untapped, as the airport was still under construction, and those visitors who did come had to endure long sea voyages.

The alcohol market at the time was mostly dominated by unregulated baka, a potent local brew made from fermented sugar cane. Even the colonial government operated its own Baka Club in the capital Victoria. What little beer that might have been available on the market was imported by the Richard Mancham Company.

Test markets indicated that there was a high demand for beer on the islands, which in part may have explained why the brewery’s investors wanted to build a factory with a fairly large footprint given a population of only 65,000 at the time, one of several decisions that would eventually demonstrate a great deal of foresight.

Nevertheless, the market conditions of the time, with no certainty yet as to the future of the tourist trade, nor any hard evidence that the introduction of a new product category would be able to supplant existing consumer loyalties to local brews, must have required incredible conviction to proceed with such an investment.

Raising the funds for the factory would be one issue, but the legal hurdles to build it would be another. And that would be no trivial matter.

Despite approval from the colonial leadership, officials from government departments on the islands did not rubberstamp the project’s approval in all of its various facets.

The approval letter from Padgett came with a caveat: as no legal structure for industrial development existed in Seychelles at the time, it would be necessary to pass new legislation.

Perhaps as a show of faith by the government, the company was granted a license on 27th May 1968, and Seychelles Breweries was registered under the Companies Act of England on 28th October 1969. But it would not be until 1972 that the Companies Ordinance came into force for Seychelles, which would allow for production to begin.

Even prior to that, the investors had to overcome other bureaucratic obstacles. The existing Rivers and Streams Act of the time did not provide for industrial use of water supply. Seychelles Breweries’ application for water rights was continuously refused until the old law was scrapped and a new Rivers and Streams Act wasgazetted on the 20th October, 1969. Seychelles breweries was then able to secure water rights for industrial production.

And yet prior to that, finding the land for the factory was an additional challenge. The site had to be adequate in size, with an easily accessible water source. Wells and his group scouted for land and initially an area was identified at Pointe Larue which was fed by the Francoise River. However, the water supply was deemed inadequate, so the brewery promoters had to look elsewhere.

While industrial land had not yet been set aside for development by colonial administrators, there were some large properties owned by the government that had been leased out. Among them was a large plot of land at Le Rocher, which the Le Mennais Brothers Society, a Roman Catholic fraternity, held the option to lease.

Following successful negotiations, the fraternity sold their leasehold to Seychelles Breweries for GBP 11,000 (British Pounds), including two thousand pounds worth of shares. The area of Les Mamelles, which included Le Rocher, Brilliant and Providence, thus began its development and paved the way for other nationally important industries, from medical supplies to meat production, to thrive in the area.

With the site identified and legal obstructions beginning to be cleared, the group also had to manage the financing of the investment. The safest path to raising funds to build the factory would be to open up to local investors, and therein lay another challenge.

The notion of having shares in a business entity was virtually unknown to most Seychellois at the time. Before Robert Wells and his group came up with the proposal to build a brewery on a shareholding basis, the majority of the public was initially wary of parting with their hard earned rupees for something that might not pay off immediately.

However, a smattering of around 60 people did purchase shares from the company at the initial offering, and from then on others followed suit. When the company held its first Annual General Meeting, it was a 1 million shareholding with less than 100 shareholders. At the time the share value of GBP 250,000, or SCR 3.3 million Seychelles Rupees, at five rupees a share. Of this amount, GBP 16,555 worth of shares had been issued locally.

In October 1971, Robert Wells resigned as Managing Director and handed over the reins to JohnathanHaase, a German who had extensive experience in breweries. Haase was also Manging Director of his own company, HaaseBrauerei GmbH, which operated around 45 breweries across Africa and also became a significant investor in Seychelles Breweries.

By July 1972, the infrastructure had been built and the brewery was ready to start production. The first Seybrew Lager was launched on 1st September 1972, produced under the expertise of brew master Walter Dramer, an Austrian who had worked with Haase in Swaziland and elsewhere. The Technical Manager at the time was a German, Gerhard Lindendham, who was an alternate Director for Mr C.V. Nash.

From the onset Seychelles Breweries encouraged and facilitated for its local staff to take up middle and senior management positions in the brewery. While Dramer led the brewing efforts initially, it was a Seychellois, Michel Gardette, who was the first deputy brew master. The company invested heavily in Gardette, sending him overseas for training and work attachment to gather experience. This trend would continue as the company evolved and became part of larger and larger beverage company networks around the globe. By 2019, staff salaries and related expenses accounted for 21 percent of the company’s wealth.

Undoubtedly the brewery, and what would become its flagship brand in Seybrew, was set up during an exciting era for development in Seychelles. The construction of the airport ran concurrently with the brewery’s development, and both officially opened in the same year, which helped to cement the cult status of SeyBrew for tourists visiting abroad.

To Have and To Own

Shareholding aside, an altogether different sense of ownership would manifest in Seychellois with respect to SeyBrew, its business and its people.

As with so many other ingenious pop culture references to people, places and things, Seychellois christened their own Creole name for the island’s new favourite beer: DeloMamelles, which translates, at least literally, to “the water from Les Mamelles,” the district of the river from which the brewery sourced its water.

This is just one reflection of the many ways throughout the half century to follow. These are the stories that will be recounted in the coming months of 2022, leading up to SeyBrew’s 50th anniversary.

The founders of Seychelles Breweries demonstrated great foresight when they wanted to build a factory with a fairly large footprint given a population of only 65,000 at the time

SeyBrew’s tale is one of passion, creativity and determination: defining characteristics of a company that would go on to transform our country forever

The notion of having shares in a business entity was virtually unknown to most Seychellois at the time. Today Seychelles Breweries has approximately 1400 shareholders including the Seychelles Pension Fund with 26.3% shares

Seychelles International Airport – The opening of the airport also in 1972, helped cement the cult status of SeyBrew for tourists visiting abroad 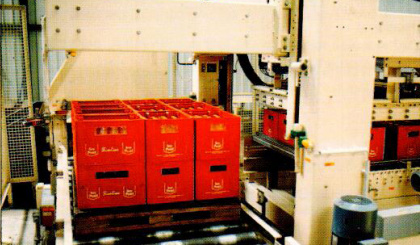 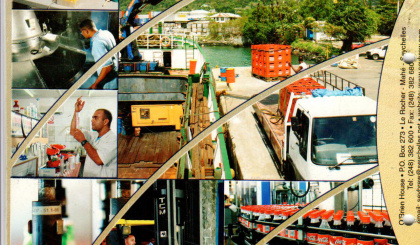 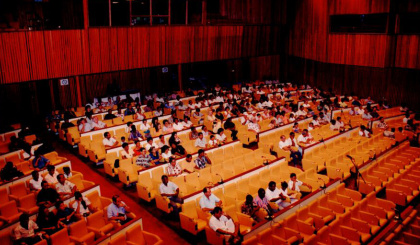 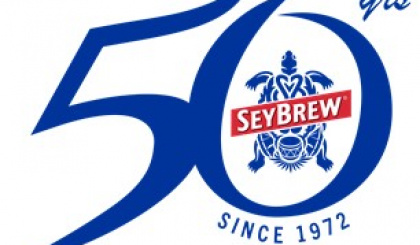 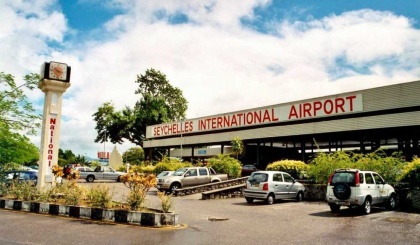 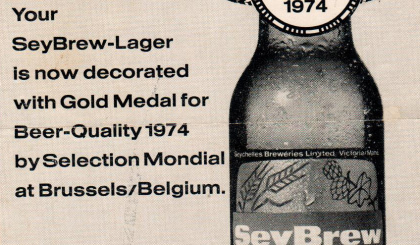 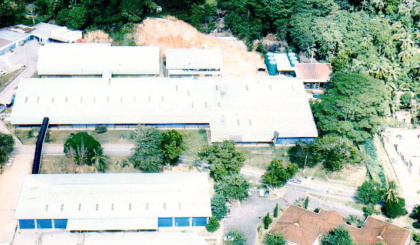 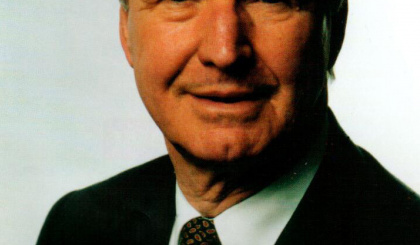