With the new basketball season due to start this week, the Premium Cobras basketball team have recently been sponsored with a set of uniforms by Moloko Restaurant.

It was the owner of Moloko Restaurant, Mathew Chan who handed over the set of uniforms to the team’s youngest player, Damian Chang-Time in a short ceremony at the Exiles club, Cable & Wireless recently in the presence of management and players of the club.

Captain of the Premium Cobras, Ahmadou Sylla thanked Mr Chan for the sponsorship, recognising that businesses generally have been experiencing hard times due to Covid-19, therefore the donation is accepted with deep appreciation and gratitude.

For his part, Mr Chan said that it was a pleasure for Moloko Restaurant to sponsor the set of uniforms to Premium Cobras, adding that he hoped the team will fly the Moloko brand to great heights by winning the local championship.

It is to be noted that Premium Cobras’ training grounds is at Exiles Club where Moloko Restaurant is also based. 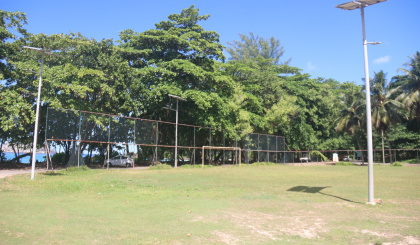