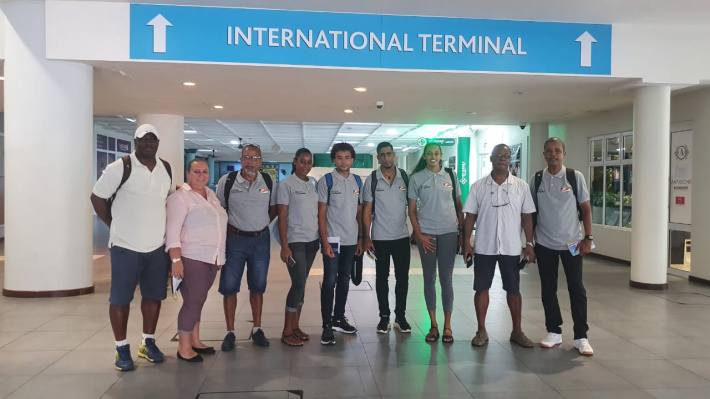 Seychelles’ men’s and women’s teams are vying to be Africa’s representatives at the Birmingham 2022 Commonwealth Games in beach volleyball as they take part in the continent’s qualifier in Ghana's capital Accra.

The draw took place yesterday just before the competition served off and which will culminate with the finals on Tuesday March 29.

Comprising Angelique Adeline and Hilary Nourice, the women’s team have been drawn in group A alongside hosts Ghana, Gambia and Nigeria. Pool B is made up of Kenya, Mauritius and Rwanda.

Adeline and Nourrice won a bronze medal in the qualifiers in Sierra Leone in 2017.

Nourrice and Adeline won the bronze medal on the last day of the competition, when they exacted revenge against the Mauritian team of Vanessa Chellumben and Liza Bonne in the third place play-off encounter with a 2-1 (21-17, 18-21, 15-9) victory.

In the semifinal, they met the Rwandan pair of Charlotte Nzayisenga and Denyse Mutatsimpundu and lost 0-2 (13-21, 10-21).

Labelled the favourites at the start of the competition, Charlotte Nzayisenga and Denyse Mutatsimpundu beat the Nigerian pair 2-0 to capture the gold medal and qualify for the Commonwealth Games in Gold Coast, Australia in April 2018.

As for the country’s men’s side consisting of David Boniface and Michael Jumaye they too have been paired against hosts Ghana, Nigeria and Rwanda. Gambia, Zambia, South Africa and Kenya make up pool B.

Teams will play a round-robin format and they will all move to cross knockout quarterfinals.

The Seychelles Olympic and Commonwealth Games Association (Socga) has sponsored airfares and accommodation for three players, while the other four members of the delegation have received full assistance from the National Sports Council (NSC).

On Wednesday, International Volleyball Federation (FIVB) released the qualifying criteria for the Games.

The top five Commonwealth countries in the FIVB rankings as at March 31 will gain direct qualification to the Games.