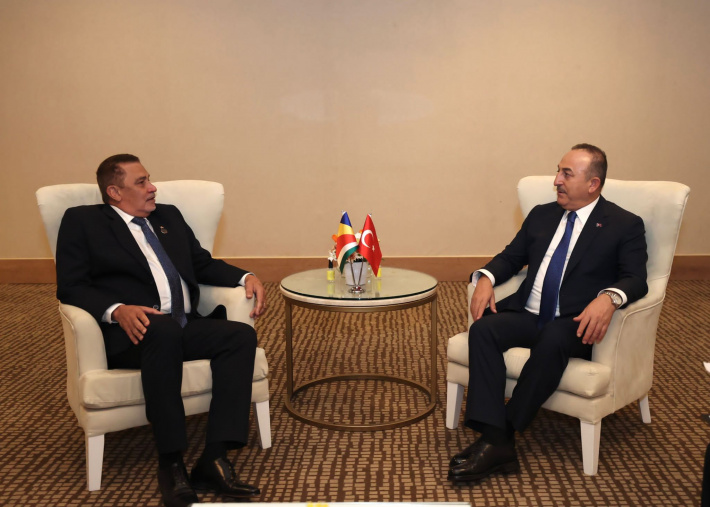 At the invitation of the Turkish government, the Minister for Foreign Affairs and Tourism, Sylvestre Radegonde, attended the 2nd Antalya Diplomacy Forum (ADF) from March 11-13, 2022 in Antalya, Turkey.

The forum under the theme of ‘Recoding Diplomacy’ was hosted and inaugurated by Foreign Minister Mevlüt Çavuşoğlu in the presence of the President of the Republic of Turkey, Recep Tayyip Erdoǧan.

In his opening speech, the Turkish minister stressed on the importance of diplomacy for peace and development and emphasised that the need for the recording of diplomacy could not be postponed any longer.

Minister Radegonde described the relations between Seychelles and Turkey as excellent.

The two ministers addressed topics of mutual interest such as the signing of cooperation agreements and the future of the Turkish airline in Seychelles.

Minister Radegonde also expressed the government’s gratitude for the Turkish assistance in maritime security. As a member of Nato and part of the Combined Maritime Forces (CMF), Turkey provides vessels to patrol the Western Indian Ocean and acts as a deterrence to piracy.

Both parties also recognised that the ongoing conflict between Russia and Ukraine could directly affect the global economy, noting that Russia is Seychelles’ current primary tourist market.

During their bilateral talks, Mrs Rodriguez Camejo thanked Seychelles for voting for the most recent resolution of the African Union calling for the lifting of the US blockades.

She commented on the common difficulties that the tourism industry of Seychelles and Cuba has been facing throughout the Covid-19 pandemic.

She also remarked on Cuba’s efforts in combatting the virus by developing three home-grown vaccines and a forthcoming treatment in the form of nasal spray.

On his part, Minister Radegonde reassured the deputy minister of Seychelles’ commitment to the longstanding friendship shared by the two countries and highlighted that the closure of the Seychelles embassy in Cuba was purely for financial reasons.

He also expressed the Seychelles government’s gratitude for the assistance received from Cuba, especially in the health sector through the provision of health professionals from Cuba.

Minister Radegonde was accompanied by Terry Romain, acting high commissioner based in London. 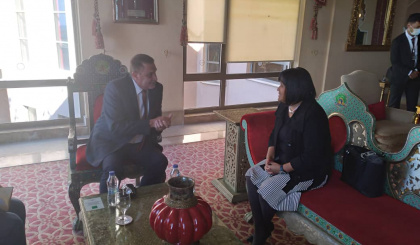