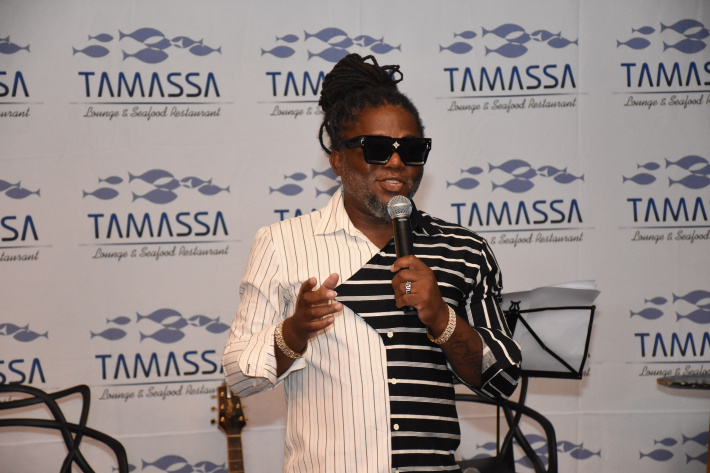 Elijah speaking at the launch of his latest album ‘The Golden Dragonfly’ (Photos: Thomas Meriton)

‘The Golden Dragonfly’ is the title of the new 17-track album released by Stephen‘Elijah’ Eliza.

The popular singer and composer launched his latest album in a small listening party held at the Tamassa Lounge and Seafood Restaurant, Eden Island, last Thursday, in the presence special guests made up of friends, family members and sponsors.

The album comprises different love and conscious songs and other songs in other genres like dance hall, reggae, afro and sega beat, among others.

This is the 22nd album released by the artist since he started his musical career in 1992 at the former National Youth Service (NYS). His previous two albums ‒ ‘Mix Tape’ and ‘Infinity’ ‒ featuring Mauritian female artistLinzy Bacbotte, were released in 2021.

“What is special about this album is that it is not about Elijah but all about Stephen. All along my songs were around Elijah who was making songs on people’s request and top please them, but this time it is about what I like and what I, Stephen, would like to hear,” Elijah said.

Apart from the demo recorded here, the album, which features local female artist Vurna and some Mauritian artists, was recorded and produced in Mauritius. It took him one-and-a-half yearsto complete it.

Speaking about the title of the album ‒ ‘The Golden Dragonfly’ ‒ which is also a gospel song on the album, Elijah said each day when he was working on the album, a dragonfly would follow him and land on his car’s windshield.

“Every day I got to witness this scenario and that caught my attention. I was planning to name my album the ‘Golden Child’ as a dedication to myself as the first born child musician in my family, but after meeting this insect at various places and even in the studio where I was doing my recording,it had an effect on me and I did some research. This is the story of the title ‘The Golden Dragonfly’,” said Elijah.

Elijah stated that two teaser songs ‒ ‘Mor Tousel’ and ‘Sega Panadol’ featuring Vurna ‒ are already making waves even if the album is to be released this week and will be on sale at the usual outlets in Victoria andwith the artist himselfin Victoria.A CD format costs R150 and on pendriveit is R250.

“I have already received calls to perform those two songs internationally,” noted Elijah who added he is sure the local public will love the songs.

Since it’s his 22nd album, Elijah had wanted launch ‘The Golden Dragonfly’ album on 22.02.2022 but was unable to do so as the venue was unavailable.

It was fellow artist Clive Camille who had the honour to set the stage for the evening listening party to launch Elijah’s latest album. Camille has also produced an album where he has re-interpreted some of Elijah’s songs. 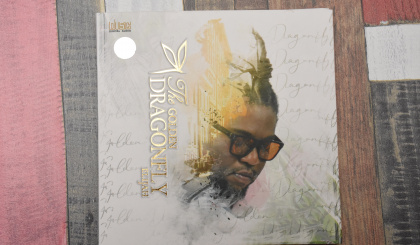 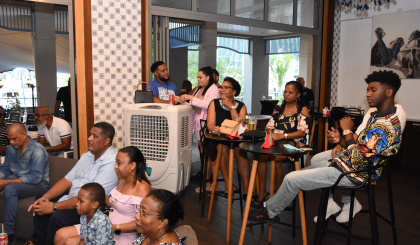