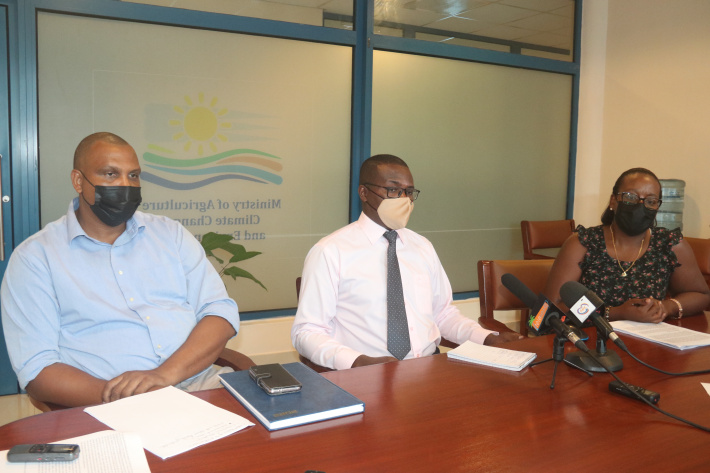 Following a census done by the Ministry of Agriculture, Climate Change and Environment in collaboration with the Island Conservation Society and Islands Development Company in June 2021, it has been noted that unfortunately there has been a reduction of 60% of the sooty tern population on the different islands.

Marie-May Muzungaile, director general biodiversity, conservation and management division within the Ministry of Agriculture, Climate Change and Environment (MACCE) presented the findings of the census in the presence of the Minister Flavien Joubert and principal secretary for environment department, Denis Matatiken

“The population of the sooty terns has gone down significantly and it is quite alarming. It is necessary for us now to take certain actions to prevent further decline in the population of sooty tern in the country. Several measures have been proposed and atemporary ban on sooty tern egg collection with two-year review cycles whereby census would be updated,” said Minister Joubert.

He also asked the population to learn and understand the necessity of the different measures proposed. “We are available for discussion for any group of individuals who have further questions about the results and accounts from the census. We expect people to cooperate with us and also refrain from engaging in negative sentiments that we find on social media. We are available if they require more information and we all know what is going on,” noted Minister Joubert.

Mrs Muzungaile gave a thorough explanation about the census and said it was done following a decrease of the global population and growing concern about it also happening in Seychelles and the region.

“There has been an alarming decline in the distribution of birds and availability of eggs (e.g. in the 2020 Cosmoledo) and increasing pressure for egg consumption on the local market and an increase in poaching activities. Above all the information was outdated and did not allow for proper decision making and management,” said Mrs Muzungaile.

The census was carried out in June 2021 across eight islands ‒ Cosmoledo, Bird, Aride, Recife, Farquhar, Desnoeufs, Etoile, and African Banks. Boudeuse was visited but there was no record. Smaller islets were not included due to logistical issues, and their limited influence on results.

The threats were mainly due to climate change; food availability (linked to industrial fishing); egg collection; loss of habitats; poaching and other indirect impacts from human activities (e.g. plastics, prevalence of domestic animals such as cats, invasive species such as rats, etc…) 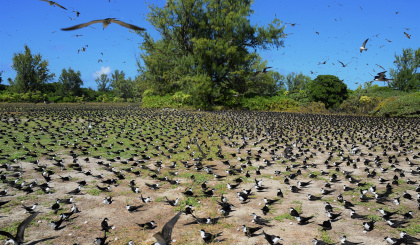 There has been a reduction of 60% of the sooty tern population on the different islands, according to the census