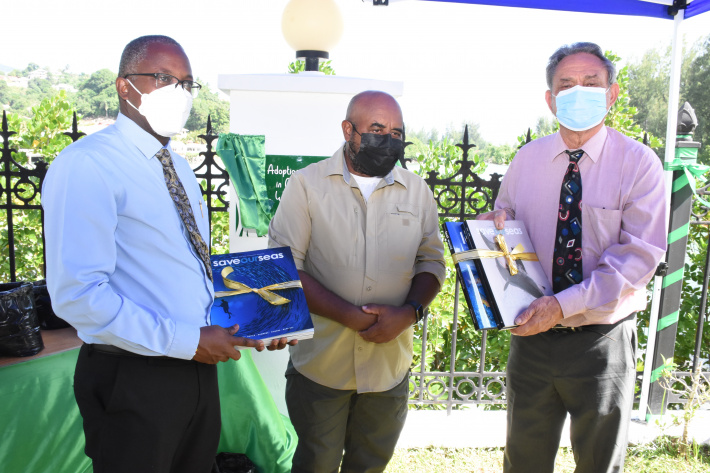 The area is home to only one mangrove species – the Mangliye Rouz.

The small ceremony which was organised by the Environment Policy Implementation Committee within the NA took place at the NA in the presence of the Minister for Environment, Climate Change & Environment Flavien Joubert; the Speaker of the NA, Roger Mancienne; some parliamentarians and senior officers working at the NA.
The aim of this event was to adopt the area to manage and protect them for future generations; reforest in order to increase the biodiversity and provide a home for wildlife and educate members and staff on the importance of wetlands.

Speaker Mancienne noted in his address that it is the first time that February 2, 2022 – World Wetlands Day – has been observed as a United Nations international day, following its adoption by the General Assembly on August 30, 2021 in a resolution co-sponsored by 75 member states. “The National Assembly is proud to be associated with such an event. We are happy to be part of this preservation campaign and we are lucky to have a beautiful country and we have been spared from major natural disasters but that does not mean we should not respect and protect our environment. We should never believe that Seychelles will not be a victim in the future and our role now is to protect our environment.”

Speaker Mancienne also spoke about the benefit of preserving mangrove and “as members of the NA we pledged to protect the country and today by adopting a plot of wetland area we are fulfilling our engagement through action.”

Minister Joubert commended the legislative branch of government for such a remarkable gesture for adopting part of the Ile du Port and Perseverance coastal wetlands.

“This initiative cements the commitment of our politicians to be people of actions not only of words. Devoted citizens who find time, space to engage themselves in community activities for the benefit of environment in improving wetlands ecosystem through rehabilitation efforts, and thus enhance the biodiversity of this coastal area.”

Minister Joubert also stated that this ambitious initiative by the NA fits well within the theme for this year declared by the ‘Ramsar’ Convention on Wetlands, which is ‘Wetlands Action for People and Nature’.

“The actions by our politicians will surely reap dividends in the future, in diversifying the types of mangroves in this area and thus improving the habitat for fish and other crustaceans and feeding ground for sea birds.”

These types of activities are being welcomed by the Ministry of Environment and they will continue to provide the necessary support such as technological assistance to organisations and individuals for the achievement of their projects or programmes aiming at improving wetlands ecosystems in the country.

To conclude the event, there was planting of mangrove seedlings and Terrence Vel gifted some books to the Speaker and Deputy Speaker Gervais Henrie.

They then proceeded to unveil a commemorative plaque.

The senior officials and guests also attended an educational talk given by Mr Vel on wetlands to the Environment Policy Implementation Committee and secretariat staff. 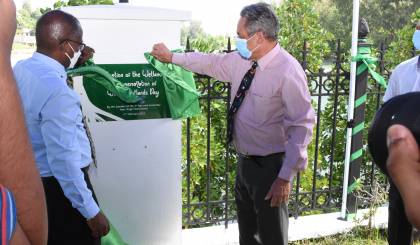 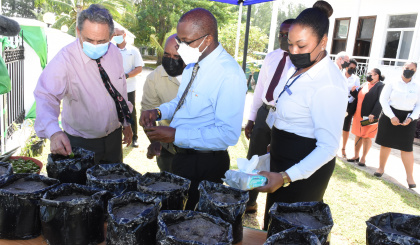