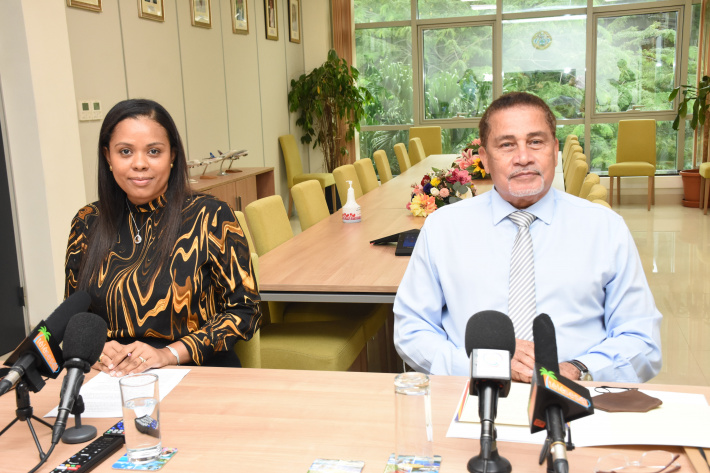 As it has been the case during the past years, maintaining the country’s brand awareness remains the top priority of the tourism department in 2022, principal secretary for Tourism, Sherin Francis, has said.

This, she said, has been categorised into four groups, including the core, investment, tactical and watch list markets, will investments with the aim of giving more visibility through the mean of various methods, both traditional and the more recent technology, with digital engagement taking the priority.

Market share growths through partnership with associates both locally and internationally, while continue to grow the market intelligence capabilities.

Mrs Francis was speaking during the launch of the tourism department’s annual marketing meeting which began yesterday and will go on virtually until Friday February 4.

Also present at the launch was Minister for Foreign Affairs and Tourism, Sylvestre Radegonde.

Mrs Francis noted that 2021 has been another hard year, but the country managed to recoup 50 percent of its 2019 business, which was it best year.

This, she said, was no easy task.

She added that a lot of tourism destinations are still struggling to get the much-needed visitor arrivals, and for those destinations which did, they have had to heavily discount their prices, while in term of figures, according to the International Air Transport Association (IATA), November 2021 International Passenger demand was still at -60.5 percent compared to November 2019 and this figure deteriorated with travel measures over the announcement of the Omicron variant, figures which shows that our performance is above the world average.

She also commended the private sector partners for their persistence and perseverance which has contributed to this performance which to her point of view is remarkable, knowing all the challenges the industry is up against.

Mrs Francis also noted that 2022 is not going to be any easier, since the challenges we had last year are still the challenges today, and according to an IATA press release of January 12, 2022, with border closure and extensive testing and quarantine requirements, international ticket sales for December and January fell sharply compared to December 2019 and January 2020.

“We also noticed that the year started on a slower pace than anticipated but we have learned to adapt,” said Mrs Francis, who further added that we know more than we did last year, and we have more experience dealing with this new normal.

From the product side, the priority will remain market diversification, where cultural community tourism will be explored, while service excellence within the industry, along with human resources will also areas of focus in 2022.

In his address, Minister Radegonde noted that last year was dedicated to recovery and thanks to the efforts of the industry under the guidance of the Ministry of Tourism, the Ministry of Health, the Ministry of Finance and the cabinet of ministers we are well on the way to that, with airlines resuming their services and our airport once again busy.

He added that the contribution of our trade partners here and abroad, as well as every Seychelles citizen, has been invaluable to achieve this recovery.

“We cheered as we surpassed 2020 figures, and ended the year with 182,849 visitor arrivals, an increase of 59% compared to 2020,” said the tourism minister who further added that these visitors stayed 9.8 nights in the country, bringing in according to provisional figures issued by the Central Bank, US $309 million to the country’s coffers, each visitor contributing US $1,693 to our economy.

This, he said,  has allowed our country to keep going, keeping our population in jobs, keeping our health and education services running, infrastructure working and people, whether they worked in the tourism industry or not, to put food on their family’s tables.

Minister Radegonde also reminded those involved that as they discuss over the next days on the strategy and how to meet the targets set for 2022, to bear in mind that every cent they spend of the R163,830,000 budget for the work of the department here and overseas, including the R93.783 million allocated to marketing the destination, is hard-earned from the pockets of the Seychellois tax-payers and that every cent must bring returns. 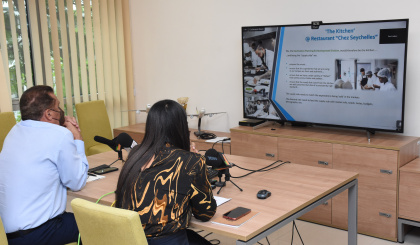 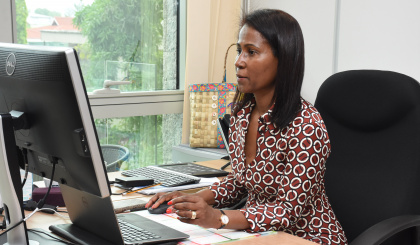 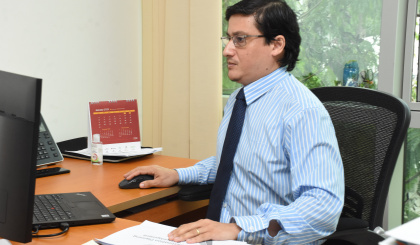