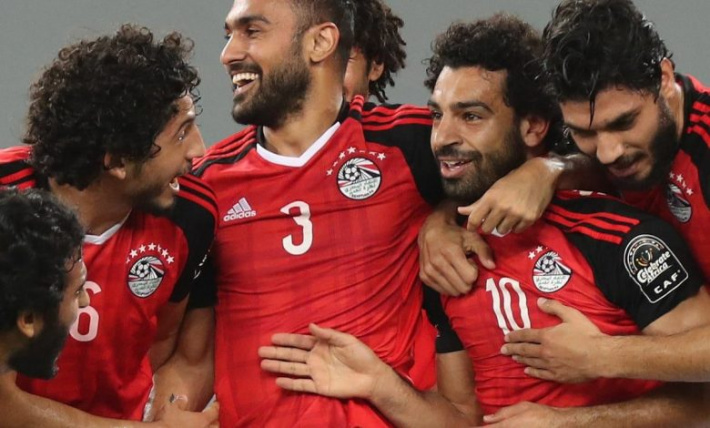 Nigeria and Egypt claimed the last-16 places from Group D on Wednesday night with wins over Guinea Bissau and Sudan respectively.

The two powerhouses were always expected to progress to the knockout stages of the 24-team tournament but it was always a question of who would achieve primacy.

Nigeria answered the poser with an opening day 1-0 win over Egypt. Augustine Eguavoen's men followed that triumph with a 3-1 romp past Sudan on January 15.

And at the Stade Roumdé Adjia in Garoua, they became the only team to win all three pool stage matches.

The latest success was a clinical 2-0 dismissal of Guinea Bissau who were aiming for the three points to put them among the candidates to advance to the knockout stages as one of the four best third-placed teams.

"We've got a young team," said Guinea Bissau coach Baciro Candé. "We had players out with Covid for the first match. I was also out with Covid but we managed to draw.

"But after that we've lost. We'll go away and look at what we've done well and see what we need to do to be better."

Eguavoen's squad saunters on though. For all his pre-match talk of keeping his foot on the pedal, the former Nigeria international left the three goalscorers from Saturday's game against Sudan on the bench.

The tactical switch meant a place in the starting line-up for the Almeria striker Umar Sadiq and midfielder Chidera Ejuke. Both excelled. Ejuke was a spry conduit between defence and attack and Sadiq slotted in the opener 10 minutes into the second-half.

"He came on as a substitute in the first two games and couldn't find his feet for whatever reasons," said Eguavoen after the game.

"But he performed well in those brief appearances and we wanted him to start the match to see how he would react rather than coming on. I think he did very well."

Skipper William Troost-Ekong stabbed in the second 10 minutes from time to destroy Guinea Bissau's dream of a place in the knockout stages.

On Sunday in Garoua, Nigeria will play one of the teams who finished third for a place in the last eight.

"A lot off people thought that Nigeria couldn't win the tournament for the simple reason that our performances over the last few months havent been that good," added Eguavoen.

"After three wins, people are starting to respect Nigeria but we're not going to let that go to our head.

"We'll always respect our opponent and we'll take the same approach in the last-16 as we have done in the last three matches."

Egypt edged past Sudan to finish second in group D and qualify for the last 16 of the Africa Cup of Nations.

Mohamed Abdelmonem scored the game's only goal, heading home Abdallah El Said's corner for the Pharaohs in the 35th minute.

Sudan offered little with Egypt going close to a second through a Mohamed Salah effort well-saved by keeper Ali Abu Eshrein in the second half.

Egypt will face the winners of Group E on Wednesday, 26 January.

Sudan, champions in 1970 and playing in their first major tournament since 2012, finished third in the table, collecting one point and scoring just one goal.

Seven-time winners Egypt have now reached the knockout stages in five of their past six appearances at the Nations Cup.

They came into this fixture knowing a draw would be enough to secure their progression while Sudan needed victory to keep their hopes alive.

Carlos Queiroz's side dominated from the off with forward Mostafa Mohamed seeing his first-half header stopped by Sudan goalkeeper Mustafa.

And once the Pharaohs took the lead they continued to boss proceedings, with Mustafa equal to another Mostafa Mohamed effort just before half-time.

And Salah then set up Amr el Solia moments later but the midfielder could only blaze an effort over the bar from close range.

In the closing stages, Sudan had a flurry of half-chances, but ultimately Egypt stayed strong to claim all three points. 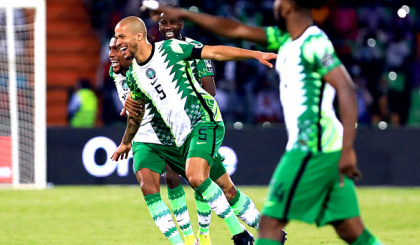