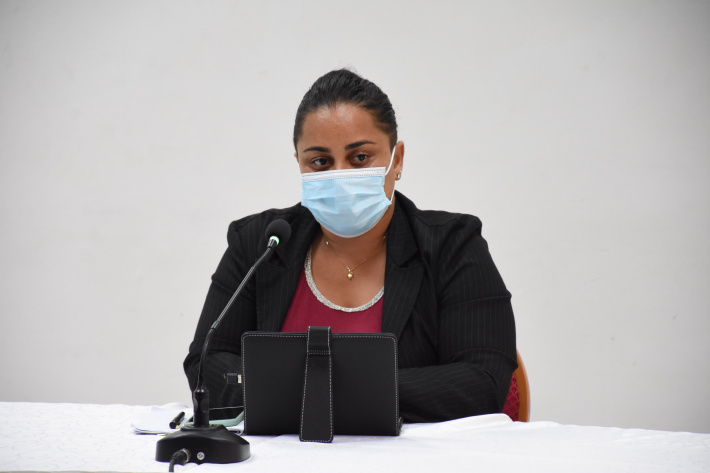 The Ministry of Education has announced thatschool will resume on January 17 as planned but virtually.

Arrangements are being made for crèche pupils whose parents do not have any other alternative places to leave them. The parents can contact their respective schools to discuss the arrangements.

Regina Prosper, director for health and safety at the Ministry of Education, gave those details during a joint press conference with the Health Care Agency yesterday afternoon.

As for private schools, only students preparing for mock exams will resume school on Monday while all the other students will follow classes virtually.

“This will reduce the number of students on the school premises,” Ms Prosper said.

The Ministry of Education has been conducting a series of meetings with health authorities, head teachers, different partners and concerned agencies and authorities. The decisions have been taken after the ministry has started conducting compulsory rapid antigen tests on staff of all schools and in view of the current Covid-19 situation in the country, the Ministry of Education has been strongly advised to go virtually at least for the first week.

All staff who have tested negative will be at their school preparing for virtual lessons.

Ms Prosper said Covid cases will be closely monitored and followed during the week and a decision will be announced for the week beginning January 24.

Different modalities have been worked on by the different schools and each school will have its own modality which will be made known to parents and members of the public when they will be ready to open for in-person learning.

Each school will have its modality just like last year when one week a group will go to school and the week after another group.

Meanwhile the standard operating procedures (SOPs) for each school are being revised to ensure all health measures are being followed.

Students and staff who refuse to wear masks the law will apply.

Meanwhile the Minister for Education will on Monday launch the modalities and give more details during a live press conference scheduled for 10am.

Arrangements have already been made with the SPTC and private bus owners with regard to transportation of pupils.

Meanwhile all education personnel are being strongly encouraged to take their booster vaccines.

The Ministry of Education is strongly advising pupils and students to take their studies and education seriously and to bear in mind that the holidays are over and doing lessons virtually does not mean they are still on holiday.