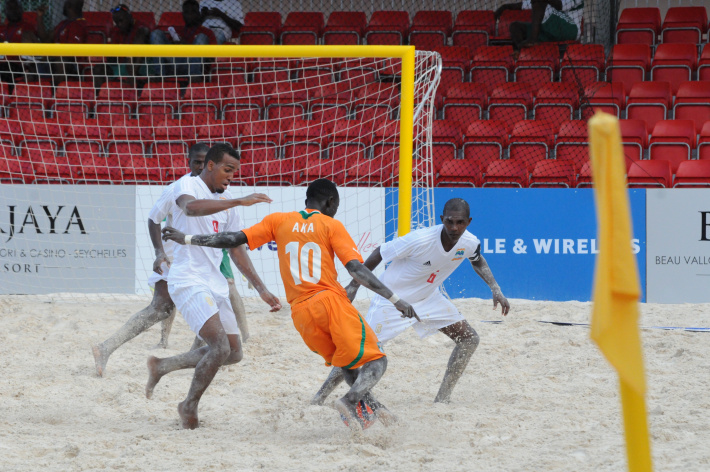 With the backing of government, the Seychelles Football Federation has been pushing hard to win the bid to host the Fédération internationale de Football Association Beach Soccer World Cup in 2023.

“We are very serious in our bid. So far no African country has hosted the Fifa Beach Soccer World Cup and we want to be the first,” said George Bibi, Seychelles Football Federation (SFF) chief executive.

Mr Bibi added that since the SFF has no previous knowledge of bidding for such a high level competition, it is therefore planning for everything and leaving nothing to chance.

“We are working with a top professional in the field of tournament bidding as we want to become the first African nation to host the Fifa Beach Soccer World Cup,” noted Mr Bibi.

He added that “if Seychelles is successful in its bid, the country will need new infrastructure and a demountable stadium will have to be built.”

A biennial competition, the Fifa Beach Soccer World Cup is contested by 16 nations including the hosts. Teams qualify for the competition after having taken part in the continental qualifiers.

Since its establishment in 1995 and supervised by Beach Soccer World Wide, the competition called Beach Soccer World Championship at the time, took place annually until 2008. In 2005, Fifa took over the organisation of the competition and rebranded it as an official Fifa tournament. And it is since 2009 that the tournament has been taking place every two years to allow continental tournaments to flourish without the burden of the World Cup qualifiers crowding the schedule.

The first Fifa Beach Soccer World Cup to take place outside Brazil was in 2008 when Marseille, in France, hosted the event.

Meanwhile, the first time Seychelles hosted an international beach soccer competition was in 2015 at the beach soccer stadium in Roche Caïman.

Seychelles finished in fifth position after beating South Africa 1-0 in the fifth place play-off during the inaugural Cosafa championship.

Victory and the gold medal went to Madagascar who beat Malawi 9-4 in the final. The United Arab Emirates club Al-Ahli, who were guests in the competition, finished third to claim the bronze medal with a comfortable 7-3 triumph over Mauritius.

Days later (April 14-19), Seychelles hosted the 2015 Confederation of African Football (Caf) Beach Soccer Cup of Nations and once again Madagascar claimed the African title by beating fancied Senegal on penalties in the decider.

That qualified them for the World Cup in Portugal that same year, but they did not make it out of their group.