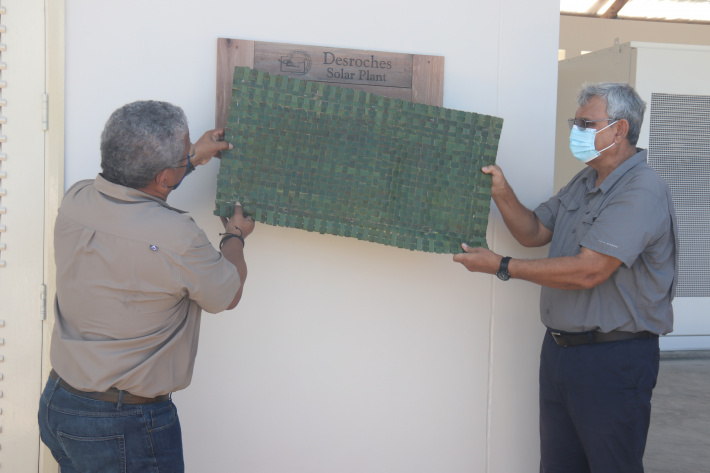 As the curtain starts to fall on 2021, Seychelles NATION recaps some of the environment news that made headlines during this eventful year.

The post had been vacant since the appointment of former chief executive Flavien Joubert as minister.

In its effort to boost the country’s waste management, the Landscape and Waste Management Agency has come up with a series of new regulations which came into effect mid-November, with stricter enforcement as from January.

Under the regulations, a person shall not engage in commercial waste service without a registration certificate issued by the Landscape and Waste Management Agency (LWMA) under regulation 4 and a licence issued under the Licences Act (Cap 113).

According to the new regulations, where an application is approved, it shall enter the name of the applicants in the register of waste contractor and issue a registration certificate to the applicant.

Where applicable, the keeping of records of all transactions concerning waste management and the frequency of collection of waste as specified for the type of establishment as set forth in Third Schedule.

A waste contractor's licence may be revoked if the contractor provides waste services contrary to the condition specified in the registration certificate and commits an offence.

The Islands Development Company’s independent power producer solution that provides competitively-priced power and without a large upfront financial burden is the kind of experience that should be shared with the different partners to help them make that critical decision, Agriculture, Climate Change and Environment Minister Flavien Joubert has said.

He was speaking during the inauguration ceremony of a new 2.5 megawatt photovoltaic solar farm on Desroches, cutting the island’s consumption of fuel by 90 percent.

The new project was officially inaugurated by President Wavel Ramkalawan and the chairman of the Islands Development Company (IDC) board Patrick Berlouis, in the presence of Vice-President Ahmed Afif, First Lady Linda Ramkalawan, cabinet ministers, chief executive of the IDC Glenny Savy, general manager of the Four Seasons Resort Nick Solomon and IDC board members.

The country’s second-largest solar plant after the one on Ile de Romainville, half of the power produced by the new facility will be absorbed by the island’s Four Seasons resort.

It is the first phase of the IDC’s energy master plan which will be followed by another photovoltaic solar farm on Ile Platte.

To commemorate this year’s Clean Up the World campaign, the children from the Montessori the Children House, Bel Air, conducted a cleaning exercise at Beau Vallon and Bel Ombre.

Apart from cleaning the designated area, the aim of participating in the clean-up exercise was to get the students to practice what they have learned in the school with regard to cleanliness and waste sorting.

A group of three- to five-year-olds were at Beau Vallon, precisely between the Coral Strand and Berjaya Beau Vallon Bay hotels, to pick rubbish along the beach.

The rubbish picked included metal cans, glass bottles, bottle tops, paper, plastics, tissues, take-away boxes, among others, which were sorted out before being thrown into public bins.

Teacher Ethel Jean-Louis said that the school has taken part in the campaign so that the children get to know what is happening in the environment in terms of “the good, the bad and the ugly”.

She stated that although they had no option but to put the sorted rubbish into the public bins, the sorting activity carried out was just a continuation of the normal practice done at school.

“It was to get them to continue to nurture the habit,” she said.

A second group of six- to seven-year-olds were at Anse Major cleaning the trail up to the stream.

ISS gets new boardwalk for better access to mangrove forest

Students from the International School Seychelles (ISS) are now in a better position to view and enjoy the Mont Fleuri wetland as an attraction, and also for teaching and learning, now that the school has built an access boardwalk along its border to the wetland.

The boardwalk is part of the school’s eco-club project for mangrove regeneration in the wetland. It was funded by the Seychelles Conservation and Climate Adaptation Trust (SeyCCAT), through the Blue economy grant.

Work on the boardwalk took place during the lockdown at low tide.

It was environmentalist Terrence Vel from the University of Seychelles (UniSey) who had the honour to open the boardwalk in the presence of ISS principal Elodie Vallantine, the school’s environmental leader, Sue Ansell, teachers and students.

The mangrove regeneration project by the school started in March 2020 under the guidance of Mr Vel. The boardwalk has given the school great access to the wetland and now the students can continue with their regeneration project by collecting seeds to grow in the nursery, before being transferred into the marsh, and to also, safeguard and keep it free from rubbish for the protection of wildlife species in the area.

Mr Vel said that he was very impressed with the mangrove regeneration done by the school’s eco-club.

He added that the school had adapted well with the system to propagate mangroves from one area to another area by taking plants from the nursery to be planted as compared to the past when actual trees in the wetlands were uprooted to be planted in another area.

He further said that the regeneration is important for the atmosphere and also acts as a nursery for the land and marine species.

Since the regeneration project started, the students have planted many ‘Mangliye Rouz’ in the wetland area bordering the school and all is growing fine.

Staff from the Ephelia hotel are also helping the school with its regeneration project and last year they planted mangroves on the opposite bank facing the highway which are also growing in size.

Apart from continuing with the regeneration of the mangrove, the next project by the eco-club is to work on a wetland mural that will help identify the wildlife in the area.

In October, the country lost conservationist Katy Beaver, who was known to be a protector of Seychelles' green environment.

Born in the United Kingdom but later decided some 40 years ago to make Seychelles her home, Katy Beaver passed away following an illness.

She was a founder of the Plant Conservation Action Group and as a conservationist was involved in many types of research and studies. She was also a writer and illustrator.

In 2017, she was honoured by the Seychelles' Natural History Museum when a fern was named after her. ‘Fouzer Kati’ (Katy's fern in English) was in honour of her extensive contribution toward the study of plants in Seychelles, popularising scientific research and developing educational material for children and young researchers. 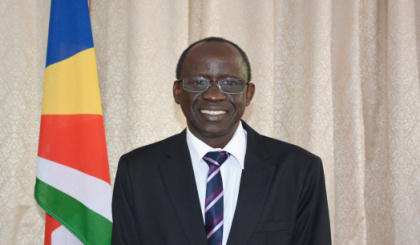 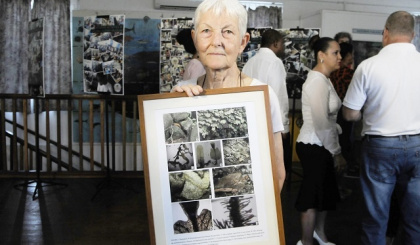 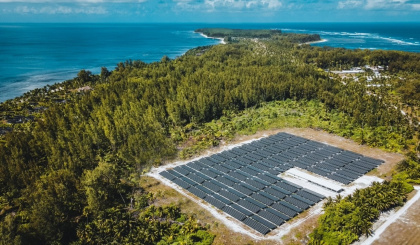