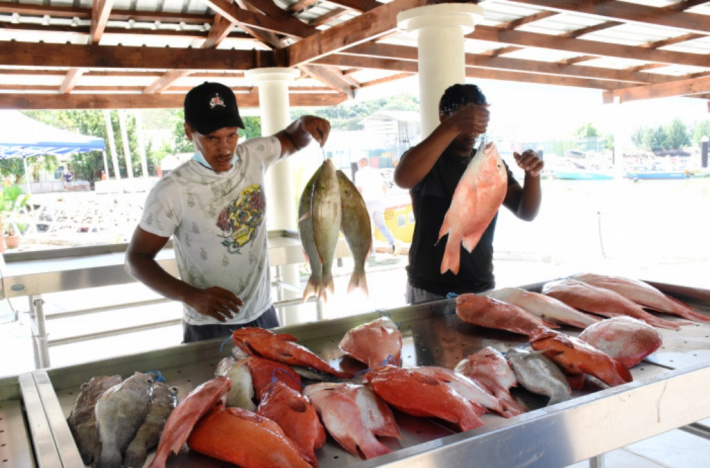 Under President Wavel Ramkalawan’s administration, the Fisheries and Agriculture portfolios have been allocated as two separate portfolios, with agriculture falling under the responsibility of Minister Flavien Joubert, also in charge of the Climate Change and Environment portfolios.

Seven farmers’ associations – four on Mahé and three on the inner islands of Praslin and La Digue – received a rotovator each from the Seychelles Agricultural Agency (SAA), in a bid to facilitate access to equipment, towards modernising and boosting agricultural production.

President and farmers come to agreement

In a special meeting chaired by President Wavel Ramkalawan on March 12, at State House, government committed to placing higher importance on the agricultural sector and give every encouragement possible to the industry. Representatives of different farmers’ associations pledged to give their maximum, in order to play their role in ensuring food security for the country and produce enough to cut on importation.

Among other agreements concluded were for government to allow exemptions for all farmers from paying business tax for a period of three years, for undeveloped agricultural land to be taken back and allocated to interested farmers, and the removal of quotas on livestock production.

The Seychelles Fishing Authority (SFA) on the morning of June 17, seized a total of 20kg of 98 different species of juvenile sharks caught illegally through fishing nets by three local fishermen.

The three Seychellois fishermen were caught red-handed by the SFA inspecting team who was on a routine patrol and were intercepted on their mini Mahé boat off the coast of Ile Perseverance while they were unloading their catch from a non-permitted gillnet.

The 145-metre net, of mesh size 11.1 centimetres, had been left overnight in the channel and the three had come to retrieve their catch at 6am the following day, when they were caught. The sharks caught was a mixture of 57 black tip, 7 spinner head, 1 bull and 33 scalloped hammer heads, which is also listed as endangered species.

The National Biosecurity agency on July 28 warned that the country is facing a re-incursion of the ‘Tuta Absoluta’, an invasive insect pest which has a highly damaging effect on tomatoes and potential of threatening food production, and consequently national food security. The agency received complaints from farmers on Praslin, and an emergency response programme (ERP) to tackle the situation, and a moratorium imposed on the movement of tomatoes around the different islands.

Farmers were also advised to constantly spray their crops with insecticide and to burn affected ones on the spot to avoid the spread of the pest.

A group of farmers from different associations from Mahé, Praslin and La Digue were invited to Coetivy on August 4, to see firsthand the island’s potential for large-scale agriculture. Led by the chief executive of the Islands Development Company (IDC) Glenny Savy, they visited hectares of land that could be used for crop and livestock production.

The Committee on Government Assurances (COGA) of the National Assembly, upon the conclusion of visits, expressed satisfaction at the progress made on the various projects, including the small and large animal quarantine facility, Providence zone 20, Seychelles Agricultural Agency (SAA) research centre, ruminant genetic centre, pig genetic centre and Sir Selwyn Clarke market projects.

The Supreme Court of Seychelles imposed a hefty fine of R2.5 million on the skipper and master on board a foreign vessel found fishing illegally in Seychelles waters on June 1. Thirty-two year old Mahalingam Kanapathi was given 14 days from August 4 to pay the fine, or otherwise face a two-year prison sentence. This is the first time that the court imposes such a hefty fine under the Fisheries Act (2014). This ruling is seen as an important step in reinforcing the country’s position against illegal, unreported and unregulated (IUU) fishing.

As from Monday September 27, farmers were once again able to sell their tomatoes to other islands. This is after careful analysis of the situation where the National Bio-security and the department of Agriculture have collected less tuta absoluta on the farms in the south and south-west Mahé, as well as on Praslin and La Digue.

To recall, at the end of July this year, the National Bio-security Agency imposed a restriction of movement on tomatoes around the different islands, especially from Praslin, until further notice.

After many years of research and investment, the Seychelles Aquaculture Sector was officially launched on Saturday October 16, at the Eden Bleu Hotel. As a core component of the Blue Economy the development of an aquaculture sector has been prioritised by the Seychelles government and research began in 2008.

The National Assembly on November 9 approved the Seychelles Agricultural Agency (SAA) Repeal Act, in line with a series of amendments, with the aim of restructuring authority agencies towards improved administration, eliminating bureaucracy and wastage, and to bring about more efficacy in the governance of these institutions.

The Bill provides for the transfer of SAA’s functions to the department of agriculture.

The three-year project will see mapping activities, stock assessments, as well as the introduction of new value-addition infrastructure and technologies around the islands.

The Central Common Cold Store, the largest cold storage facility in the country located at Zone 14, Ile du Port, officially started operations on Tuesday December 7.The facility provides 12,600 tonnes of cold rental storage to clients who want to freeze their fish at either minus 20 or minus 40 degrees Celsius. It also provides grading, sorting, sizing and storage of tuna in accordance with client specific requirements.

The business is a primarily Seychellois owned venture, with the government, Seychelles Pension Fund (SPF) and individuals as shareholders.

Seychellois seafarers owed money from EU vessels to be paid

All Seychellois seafarers who worked on EU vessels and are owed back pay will be paid by the end of December, a top official said.

“We want to finish paying everyone their compensation by the end of this month. Should we start doing so on the 15th December, we should be done in five to six days,” Nichol Elizabeth, the chief executive of the Seychelles Fishing Authority (SFA), told a press conference.

The EU and Seychelles have jointly agreed that 121 Seychellois seamen whose fixed wages were not in conformity with the standards of the International Labour Organisation (ILO) would receive compensation.

Seychelles submitted its 2020 report to the Fisheries Transparency Initiative (FiTI), summarising key information on the status of Seychelles’ fisheries sector and detailing the extent of the country’s compliance with the FiTI Standard.

The FiTI Standard is the only internationally-recognised transparency framework defining what fisheries information should be published online by national authorities. It is split into 12 thematic areas relating to different areas of fisheries management, such as large-scale fisheries, the state of fisheries resources, and fisheries subsidies, among others.

The 2020 FiTI report covers calendar year 2020 and is the second Seychelles has published to date. It is worth noting that Seychelles’ first FiTI Report (covering calendar year 2019) was launched on April 16, 2020 to much praise, making it the first country in the world to produce such a report. 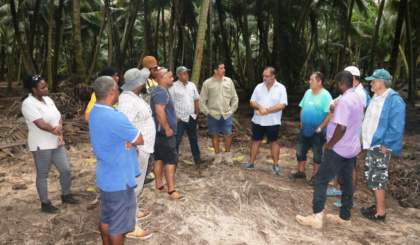 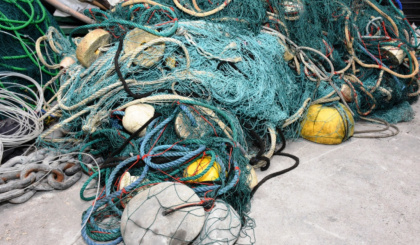 The illegal net used to catch the sharks 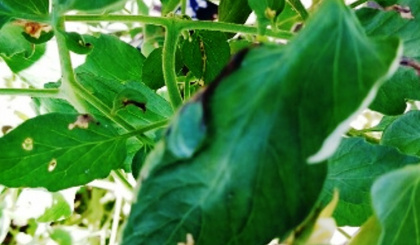