No mini cyclone in Seychelles |30 November 2021 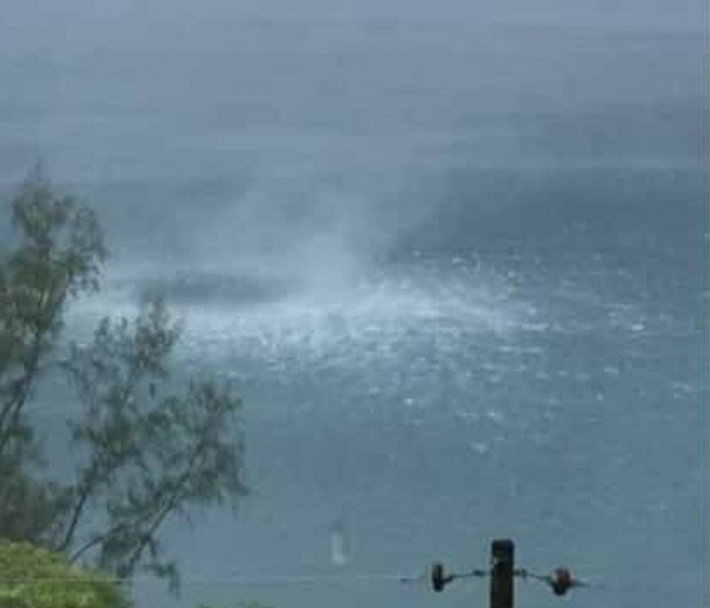 A photo of the phenomenon yesterday shared on social media

No mini cyclone occurred off the coast of Machabée in the Glacis district, contrary to what people have been saying and sharing photos on social media.

Yesterday, people shared photos of a phenomenon they described as a mini cyclone and even described what happened using words like ‘twirling, anti-clockwise, water sprays into the air with small central eye’.

Seychelles NATION contacted the Seychelles Meteorological Authority chief executive Vincent Amelie who said: “This is not anything like a cyclone. There’s nothing on our monitoring system to depict that and furthermore cyclone doesn’t form or behave like that.

“This can be classified as a waterspout occupying a limited space beneath a cloud with enough water content to give rain in such a fashion.”

Waterspout is known as laponp in Creole.

Mr Amelie added: “Actually the weather condition is conducive for such, the same way we can see lightning from a distance. We often get waterspouts but they don’t always appear similar.”

According to the National Geographic, a waterspout is a column of rotating, cloud-filled wind. It descends from a cumulus cloud (usually detached, individual, cauliflower-shaped) to an ocean or a lake. Waterspouts are similar to tornadoes but are usually smaller and less intense.