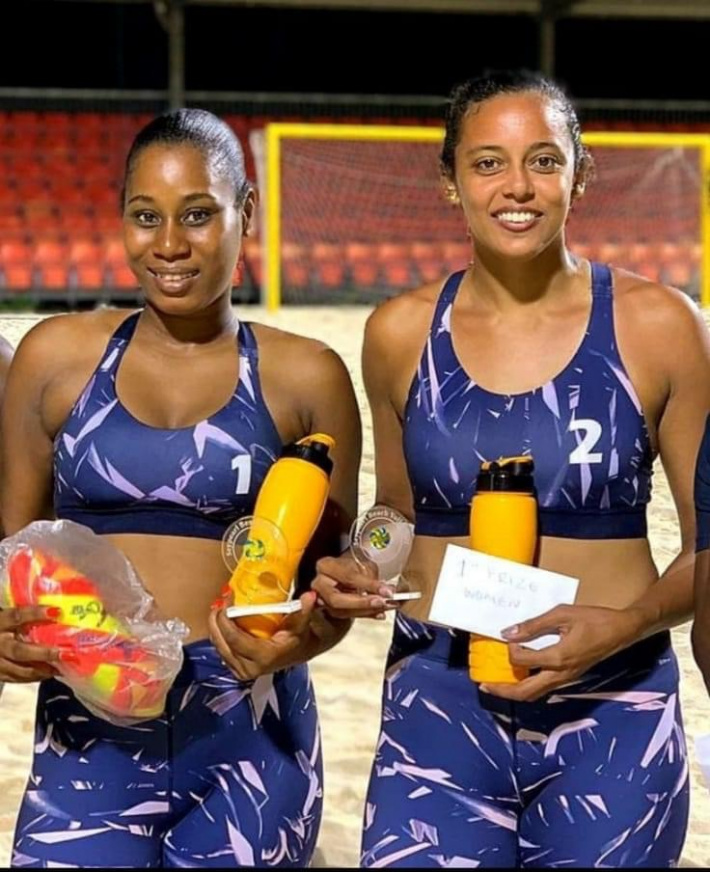 The duo of Angelique Adeline and Hilary Nourrice have shown once again that they are a force to be reckoned with in women’s beach volleyball in Seychelles, while the pair of David Boniface and Michael Manes are the new kids on the block.

Last weekend’s beach volleyball competition was the first event organised by the Seychelles Volleyball Federation (SVF) in almost two years due to the disruptions brought about by the ongoing Covid-19 pandemic.

It proved to be a success with 21 teams ‒ nine women’s and 12 men’s ‒ taking part in the competition played over the weekend at the beach soccer arena, Roche Caïman.

The pairing of Adeline and Nourrice delivered the goods once again as they won Sunday’s final against the duo of Rose Alfred and Melissa Rambony 2-0 (21-7, 21-13).

In the men’s competition, little-known Boniface and Manes showed two stalwarts ‒ Jerry Lozaique and Ricky Vel ‒ that they mean business on the sand, upsetting them on a 2-1 (21-16, 18-21, 15-11) score in the final.

Third place in the men’s event went to Ernesta and Prosper who walked over Marie and Sinon in the third place playoff match after Sinon had sustained an injury. 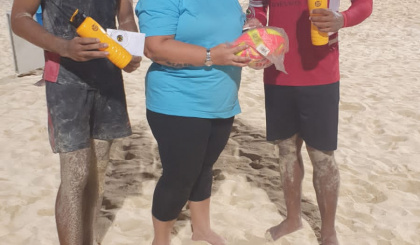