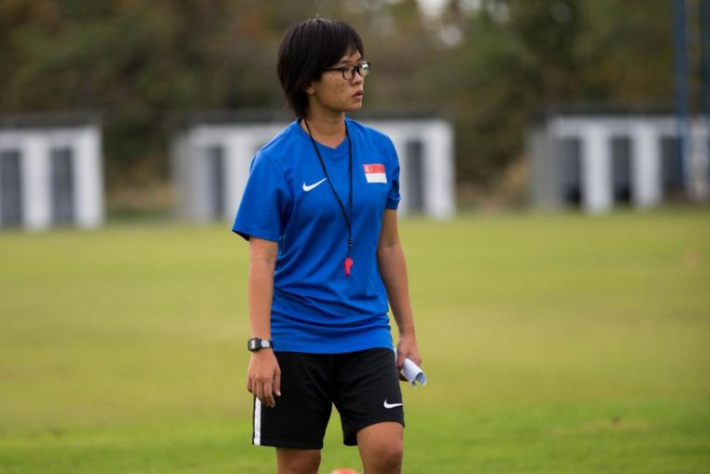 Singaporean coach Angeline Chua Ki Yi is satisfied with the Seychelles’ women’s football selection display during their tourney in Dubai despite defeats in their two friendly matches against the United Arab Emirates team.

Speaking to Sports NATION, former Singapore international player Angeline Chua Ki Yi said “despite defeats our team managed to play according to our playing style which is most important for long-term development of the individuals. The team will grow and benefit from more international matches”.

She added that the objective of the team is to play the style of football they want. “To ensure football is played we have to work on the individuals understanding their tasks on the field and also the team’s intention as a whole. I focus on getting the team to communicate and make good decisions on the field. And lastly, to enjoy playing the game.”

Coach Chua noted that the team got together five weeks before playing the two friendly matches and she had since seen huge improvement in the players and when playing as a unit.

“There has been huge improvement in terms of understanding the principle of how the game is played and how to play together as a team.

“It was very impressive in the second match against the United Arab Emirates when the team were able to quickly stop the opponents from going forward when the ball was lost.

“Next, we have to work on being able to attack and defend for 90 minutes and ensure that everyone is in 100% condition to give their best on the field,” coach Chua told Sports NATION.

Coach Chua also has the task of getting the team feature on the Fédération internationale de Football Association (Fifa) women’s world ranking.

Before last week’s friendly matches, the Seychelles women’s team had played only three matches back in 2015 but they did not count as they did not meet the tier 1 game regulation.

“Since we have played two matches against the United Arab Emirates, the team need to play three more matches this year against any national team to get Fifa ranking. We are looking to play Mauritius in two away games during the October Fifa window. This is tentative as we still have to confirm the health protocol on arriving in Mauritius. As for the November window, we are looking to play the Comoros and possibly host the UAE team in Seychelles,” said coach Chua who is here since April on a two-year contract.

Coach Chua, who had a 16-year career as a midfielder and played 32 times for the Singapore national team scoring one goal in a 12-year span (2007-2019), was introduced to the Seychelles national team coach job through a Union of European Football Associations (UEFA) Assist programme that the Seychelles Football Federation (SFF) had applied for.

Against the United Arab Emirates who are preparing for the qualifiers for the 2022 Asian Cup for Women, Seychelles lost their two matches 1-4 and 0-4 at the Diab Awana Stadium.

In the first match on Wednesday September 15, Natacha Bibi scored Seychelles’ only goal in the 64th minute of the first match to reduce the score to 1-2, giving her team hope of pulling off a draw. But the United Arab Emirates team, who had scored two first half goals in the 33rd and 36th minutes, netted two more in the second period ‒ 78th and 90th minutes ‒ for a 4-1 win.

Skipper Pascalina Moustache is also happy with the team’s showing.

“We were a bit too cagey in the first game, but our performance improved in the second encounter. We play a good game, but unfortunately we conceded four goals from set pieces. We have more work to do on building the team’s coherence and play, but we are confident for the future,” said 30-year-old Moustache who added that they will be all out for a win against Mauritius.

The other members of the delegation included Philip Sinon (head of delegation), Peggy Freminot (manager) and Gracey Nartey (physiotherapist). 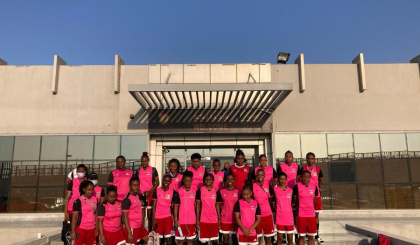