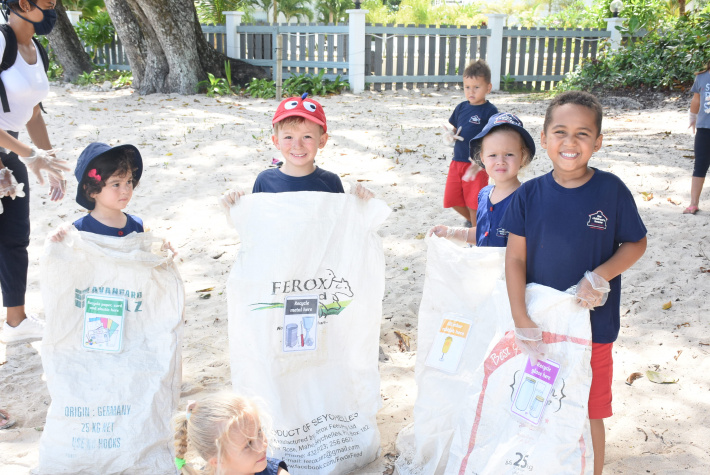 To commemorate this year’s Clean up the World campaign, the children from the Montessori the Children House, Bel Air, yesterday morning conducted a cleaning exercise at Beau Vallon and Bel Ombre.

Apart from cleaning the designated area, the aim of participating in the clean up exercise was to get the students to practice what they have learned in the school with regard to cleanliness and waste sorting.

A group of three to five-year-olds were at Beau Vallon, precisely between the Coral Strand and Berjaya Beau Vallon Bay hotels, to pick rubbish along the beach. The rubbish picked included metal cans, glass bottles, bottle tops, paper, plastics, tissues, take-away boxes, among others, which were sorted out before being thrown into public bins.

Teacher Ethel Jean-Louis said that the school has taken part in the campaign so that the children get to know what is happening in the environment in terms of “the good, the bad and the ugly”.

She stated that although they had no option but to put the sorted rubbish into the public bins, the sorting activity carried out was just a continuation of the normal practice done at school.

“It was to get them to continue to nurture the habit,” she said.

A second group of six to seven-year-olds were at Anse Major cleaning the trail up to the stream.

Ms Jean-Louis said that last year the school also participated in the Clean up the World campaign.

The school also held a general clean up at an adjacent site yesterday afternoon.

The accompanying photos show some highlights of the clean up activity yesterday. 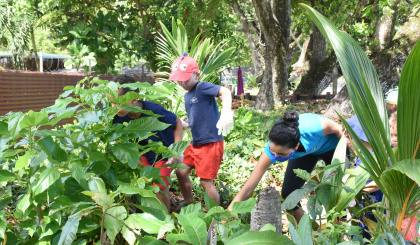 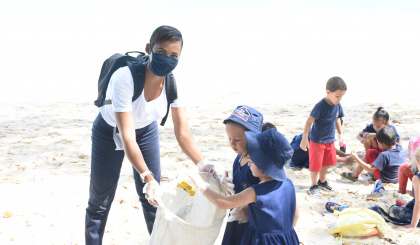 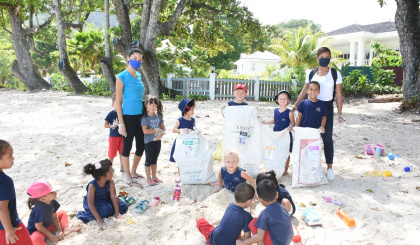 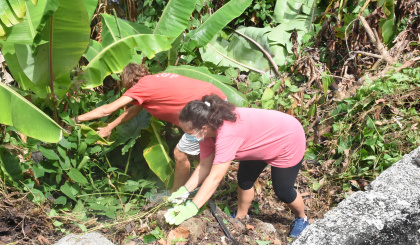