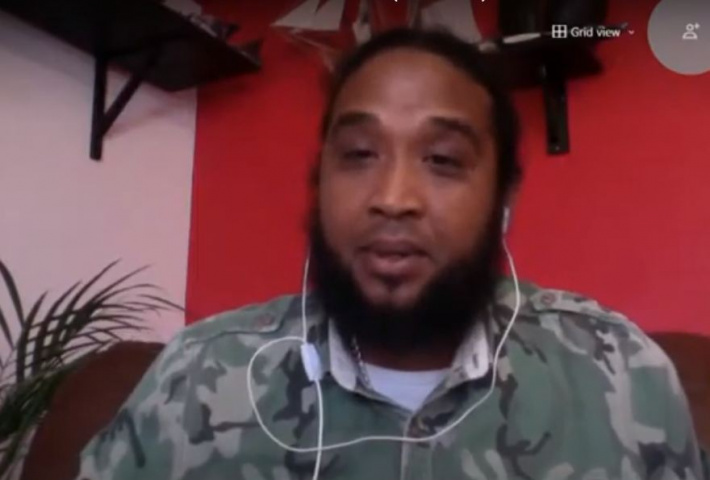 Abdul Majeed Aswad, in Case 0105, was the first of two persons to appear before the Truth, Reconciliation and National Unity Commission yesterday afternoon as complainants in open session.

Through Skype from the United Kingdom (UK), the 43-year-old who originates from St Louis, complained that his rights were violated in October 1998 when he was beaten by security forces and further brought for more beatings at the Grand Police prison. He said he was just going home when the incident happened.

On explaining further, Mr Aswad said he was just passing through Corgat Estate at around 4.30pm, where he witnessed a commotion involving the security forces and civilians. He added as the security forces got aggressive, forcing everyone to run in different directions, he too had to run. He said he ran towards Rochon (to where he was staying at that time) and was caught by the soldiers who put him in the back of a pick-up truck.

Mr Aswad stated that he was brought to the Mont Fleuri police station along with two other persons who were also apprehended, and was later transferred into an army jeep. He said that the two other persons were released while he, with his hands behind his back and a t-shirt pulled over his head, was brought to the Grand Police prison. He said the soldiers beat him along the way while they also harassed other people on the way.

He said that upon arriving at the Grand Police prison, he was questioned and further beaten by soldiers. He added that he was beaten in connection with arms that had gone missing and which he had no knowledge of. He said he was released the following day and had to undergo treatment at the Corgat Estate health centre.

Mr Aswad, who was working as a stevedore at that time, said there was no investigation into his case. He noted that even the doctor refused to give him a medical certificate and was amazed when he referred to him as somebody who had been teasing people by the roadside and it was OK for him to have been beaten.

He classified his arrest by soldiers as ‘kidnapping’. He said his older brother, who died mysteriously in prison, was also a target for the police.

He said that he, along with his brother, were further arrested in 1999 for a gang warfare, but again he was not happy with the way he was treated. He noted that he was arrested by the police and saw no reason for him to have been brought to the Bel Eau army camp and further brought to the Grand Police prison to be beaten by soldiers and later by the same policemen who arrested him and who had come by for interrogation. He said he should have been in custody of the police and not in the custody of the army.

Mr Aswad added that he was arrested 27 times but never had any case brought against him. He said he moved to the UK to stay alive. He also stated that he only want to know what really happened to his brother who died, presumably drowned, while in prison at Long Island.

The chairperson of the Truth, Reconciliation and National Unity Commission, Gabrielle McIntyre, said that on medical evidence, his brother was killed and the investigation is ongoing.

The second person to appear in open session yesterday was complainant Gilly Marengo in case 0320 filed by him in relation to an assault suffered at the hands of the Police Mobile Unit (PMU) in 1982 at Plaisance.

Mr Marengo said on that particular day he was taking care of a child when suddenly he heard a commotion and people were saying that Rastas were taking children out of the Plaisance school.

He explained that after the mother came to pick up the child, he along with other people were standing by the roadside when a van full of PMU officers stormed in and started to assault them.

Mr Marengo said one officer hit him with a rifle butt in his head, before locking him up at the Mont Fleuri police station for two weeks, only to be released without any charge.

He said after asking for medical assistance while in custody, the doctor refused to believe that his injury – which he describes as still visible and painful to date – was caused by the police.

While in custody, Mr Marengo was deprived of seeing his family, or any legal assistance.

Before being released, Mr Marengo was brought before James Pillay who was the commissioner of the police at that time, with the latter asking him who authorised him to pull children out of the school, to which he said he was not aware, let alone involved.

He added that while questioning him, Mr Pillay pulled out a revolver and placed it on the table as a sign of intimidation.

After being released, Mr Marengo said not a word regarding the alleged incident was ever heard again.

He also gave more evidence of police brutality against him, including the illegal cutting of hair – dreadlocks – on several occasions.

On one particular occasion, Mr Marengo said after a football match, he was arrested, again by PMU officers, driven to La Promenade where they cut his hair using bayonets.

On another occasion at Les Mamelles, Mr Marengo, along with seven other friends were again arrested by PMU officers and brought to the Petit Paris camp where they were assaulted, but were released, only because one of them was with his young child.

Regarding drugs, Mr Marengo said the police always suspected that he was trafficking and even labelled him ‘Pablo Escobar’.

He said regular searches were carried out at his place at Plaisance without any results.

On one particular occasion, he was arrested inside Mohan Chetty’s shop at Plaisance and brought to the Mont Fleuri police station, where he was shown a bag containing 207 cannabis cigarettes.

He was accused of throwing the bag away while trying to run from the police who were carrying out a search.

He was then taken to the Anse Etoile police station where an officer told him that he was the one who picked up the bag which was hidden under a tree, without anyone around, before handing it over to his superiors.

Mr Marengo said the same policeman came to testify in his defence where he was acquitted.

He said the following year, the same group of PMU officers again came to his house to carry out searches.

Mr Marengo explained that the officers who were clearly drunk planted drugs in his house, while he was held at gunpoint all throughout.

He was tried and sentenced to five years at Long island, but after only 12 days ended up at the Grand Police prison where he endured hard labour. 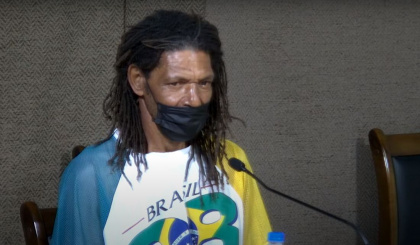