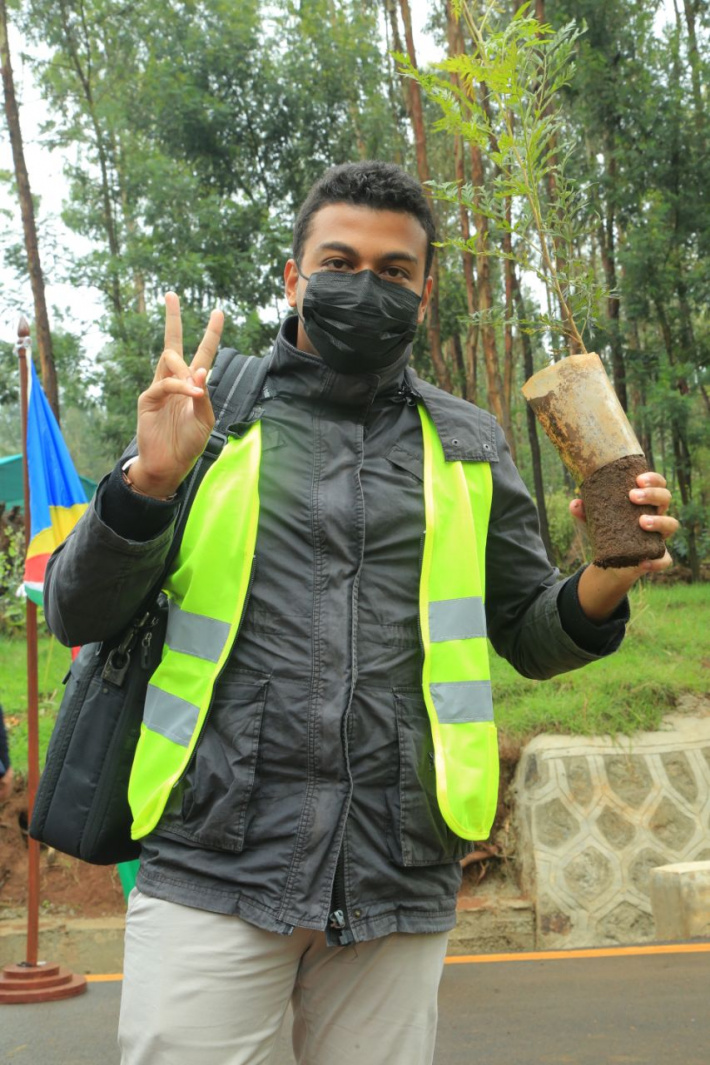 Young environmental activist Yannick Memee recently represented Seychelles, through the Citizens Engagement Platform Seychelles, at the Youth for Peace Seminar in the Federal Democratic Republic of Ethiopia where he had the chance to share his expertise and also acquire knowledge on best practices in promoting peace in a conducive environment across the globe.

The seminar was organised by the Eastern Africa Standby Force (EASF) and was the first of its kind. Memee is the vice-chairperson of Sids Youth AIMS-Hub (SYAH) Seychelles with a well reputed background and career in the environment and blue economy sectors over the past 10 years.

Memee strongly pointed out that these issues need to be addressed and the best way to do this is to tackle them with an inclusive approach where different stakeholders come together to make things work.

The second day of the seminar and also a key event, was the tree planting activity by the participants at the Entoto Park. Tree planting forms part of an initiative taken by the Ethiopian President to plant six billion by the end of 2021.

The aim is to help fight climate change and share saplings with neighbouring countries so they also carry out the same initiatives.

“It is believed that one way to bring peace is by saving the environment,” declared Memee.

Ceps remains thankful to the Eastern Africa Standby Force (EASF) and the department of foreign affairs of Seychelles for making the journey possible. 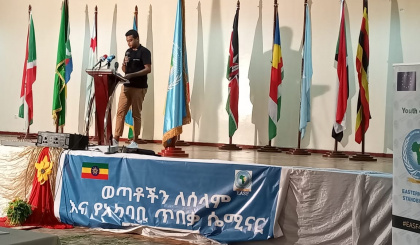 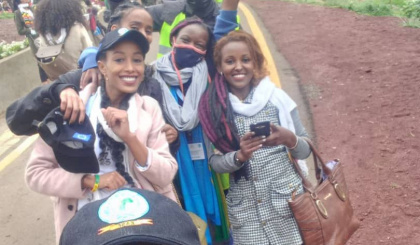 Memee pictured with other delegates