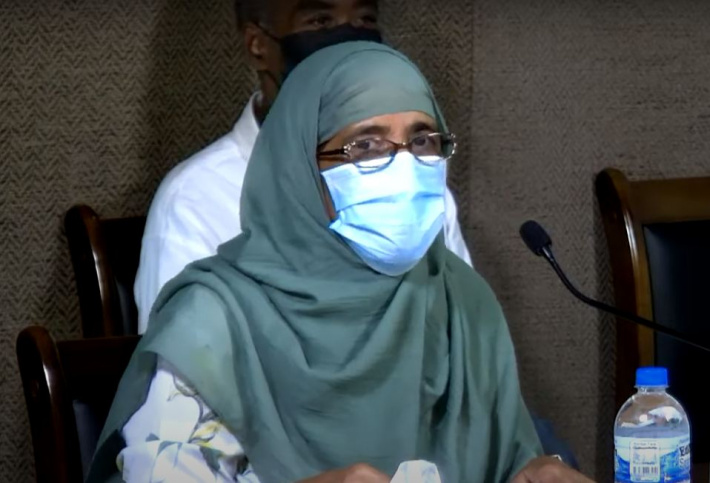 The Truth, Reconciliation and National Unity Commission during its 184th hearing yesterday heard evidence from Etienne Antoine in relation to the case of Marjorie Baker’s murder, as well as Jameela Bibi Aswad in relation to the death of her son Abdulrahman.

Witness Etienne Antoine moved from closed session into open session to provide the Truth, Reconciliation and National Unity Commission (TRNUC) with evidence in relation to Case 0123 by Juan Solaman, after the commission received evidence that he was one of the police officers who arrested Douglas Cedras.

In starting, Mr Antoine informed the commissioners that he was in 1986 a sergeant at the Glacis police station, and on that particular night, between 1am and 2am, he was awoken by a fellow officer who was seeking assistance to arrest Mr Cedras, as the prime suspect in the death of Marjorie Baker, his partner at the time.

The commissioners were particularly interested in the information given to Mr Antoine on the night, and whether there was any evidence which led them to conclude that Mr Cedras was the prime suspect, although he was unsure.

“There were about three of us, and when we got there, his mum opened the door. We told her that we came for Douglas as he is wanted in a police case. We asked if he was there and she said yes, so then we entered the house. She called out for him and he came down from upstairs. It was around 1am to 2am,” said Mr Antoine.

“When he was coming downstairs, I heard him say: “Mon’n bez touy en fanm” (“I have killed a woman”). But he didn’t say who. When we called him, he said that, although he didn’t name any names.Then the other inspector, Banane, who was handling the investigation dealt with him, and I was there as the witness,” Mr Antoine stated, noting that Mr Cedras was then arrested.

Mr Antoine also told the commissioners that Mr Cedras appeared to be under the influence of alcohol at the time, although he also told them how there was no search of his house or property at the time of arrest to try and uncover any corroborating evidence such as blood-stained clothing items or the murder weapon.

Further along the session, Mr Antoine told the commission that the investigating officer identified by him as Banane was based either at the Beau Vallon or Central police station, and thereby he had no further contact in relation to the case, until the matter was heard in court.

Although the commissioners found it strange that Mr Antoine as the officer in charge of the Glacis police station was not more involved in the investigations, it was also noted that there were rules in place at the time stipulating that serious cases are handled by the Criminal Investigation Department (CID).

Mr Antoine, prior to concluding the sitting said he was surprised to hear that Mr Cedras may have been involved in the incident, and that he heard no more about the case until it was raised in the TRNUC sitting by the children of Mrs Baker.

Marjorie Baker is a Seychellois journalist who was murdered in 1986. Bakerwas found dead in her car, with seven stab wounds to her bodyduring the early hours of the night and morning of September 5 to 6, 1986.

At the time of her sad demise, Baker was a mother of three and in charge of Seychelles' only radio station. She was the person on duty on June 5, 1977, and was the one who was on air to announce the coup d’Etat.

During the afternoon, the commission heard from complainant Jameela Bibi Aswad who spoke about Abdulrahman Aswad, one of her five boys, who sadly died, after he had allegedly escaped from prison at around 8pm. He was 27 years old at the time.

Mrs Aswad went on to note that the family was taken by surprise one day to receive a phone call, where they were informed that Abdulrahman had escaped from prison, and suffered a tragic ending. He left behind a three-year old son.

“We were not informed at all until later that day when his aunt called me, and informed me that a body had been picked up in the vicinity of Cerf Island. His aunt told me that she heard it was my son whose body was picked up, and she then advised me to come down to the mortuary, to identify whether it was indeed my son’s body,” said Mrs Aswad.

“I went down and when I went there, it was indeed my son. There was blood coming out from his ears, nose and everywhere as shown in the photo, and his eyes were open,” Mrs Aswad stated, handing over to the commission a picture depicting the state of her son’s body which had started to decompose.

Mrs Aswad went on to note that the family was not informed about the cause of death, although the post-mortem stated drowning as the cause of death. Mrs Aswad also detailed how she was told that Abdulrahman’s body had been picked up by coastguards, although she later heard that he had been discovered by two civilians‒one of whom was Abdulrahman’s former classmate who was snorkelling around Cerf island and then informed the coastguards. She also told the commission that her son could not swim, at least not well enough to swim from Cerf islandto Mahe.

Moving along with her story, Mrs Aswad said they had visited Abdulrahman at the prison previously. She also told the commission that she does not believe that he had escaped and that she believed he had suffered injuries or a beating leading to his death. His hands were tied upon the discovery of his body she said. Prior to Abdulrahman’s alleged escape, another inmate Lambert Laurette had also escaped from the same prison facility, although the family has not had any contact with Mr Laurette with regards to what happened.

She recalled that former President James Michel also announced that same evening that of the three detainees who had escaped, one had drowned, despite ongoing investigations.

Asked whether his son had been in trouble before, Mrs Aswad noted that he had on numerous occasions before been arrested, detained and released for no reasons. She said that twoof her sons had suffered beatings at the hands of the authorities, for no apparent reasons, and she feared that if her other son, Abdulmajid had not left for the United Kingdom (UK), he too would have lost his life.

After the death of her son, she tried to contact the relevant authorities she claims, but was turned away and instead was informed that nothing could be done, as he had simply drowned, and there was no foul play involved.

The family managed to secure the body after three days, and according to Mrs Aswad, had to issue a payment through a lawyer for such.

“If my son had done something wrong, he was being punished for what he did. I expected to see him after his punishment, and not in the mortuary, because everyone deserves a second chance,” Mrs Aswad said, noting that Abdulrahman was arrested along with his uncle and another passenger at Pascal Village for an alleged attempted robbery.

Mrs Aswad provided to the commissioners documentation and pictures relating to her complaint. Chairperson of the commission Gabrielle Louise McIntyre assured Mrs Aswad that the commission will get an opinion from a second expert to look over the photos and post-mortem report, and question the investigating officer, coastguards and Mr Laurette to also provide their evidence. 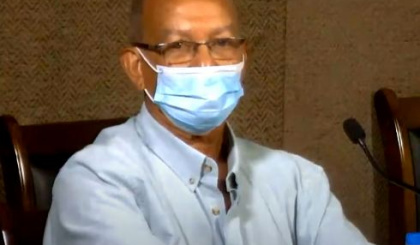