Reigning Sportswoman of the Year Felicity Passon and Sportsman of the Year Rodney Govinden will lead the Seychelles contingent in the march past of today’s official opening ceremony of the re-scheduled Olympic Games inside the New National Stadium in the Shinjuku ward of Tokyo, Japan.

Today’s ceremony will begin at 8pm in Japan (around 3pm Seychelles time) and is set to be a subdued affair, with just 10,000 diplomats, foreign dignitaries, Olympic sponsors and members of the International Olympic Committee ‒ expected to attend. This is because spectators have been barred from most Olympic events as Covid-19 cases surge in the Japanese capital.

Japan's Emperor Naruhito, who will declare the Olympics open at the ceremony, will be attending without any other member of the imperial family. The motto of the Tokyo 2020 Games is ‘United by Emotion’, emphasising the power of sport to bring together people from diverse backgrounds to connect and celebrate in a way that reaches beyond their differences.

Today’s opening ceremony comes almost exactly one year after the Games were due to start had they taken place in 2020.

The US $1.5-billion, three-tiered New National Stadium complex designed by prominent Japanese architect Kengo Kuma was expected to seat 68,000 during the Tokyo Summer Games, with capacity reduced to 58,000 for the 2020 Paralympics to create more room for handicap accessible seating.

Female swimmer Passon and male Laser sailor Govinden are the first duo to share the honour of leading the Seychelles delegation into the ceremony.

This came after the International Olympic Committee (IOC) released on statement on International Women’s Day ‒ March 8, 2021 ‒ calling for all delegations for the Tokyo Olympic Games to have both male and female flag bearers at the opening ceremony.

The IOC said in a joint statement with the International Paralympic Committee (IPC), the Tokyo 2020 Organising Committee, the government of Japan and the Tokyo Metropolitan Government (TMG) that all 206 National Olympic Committees (NOCs) and the IOC Refugee Olympic Team will be encouraged to have their flag carried by one female and one male athlete at the opening ceremony.

The statement said that Tokyo 2020 would be the first-ever gender-balanced Olympic Games in history, a record number of female competitors at Paralympic Games.

The IOC has indicated that almost 49 percent of the athletes participating in the Tokyo Olympics will be women. Therefore there will be a ground-breaking competition schedule, ensuring equal visibility between women's and men's events and featuring nine more mixed events than at Rio 2016, raising the overall number to 18.

IOC president Thomas Bach has told the media he believes it will be a moment of "joy and relief” when the Games start.

"I think it will be a moment of joy and relief when entering the stadium," Mr Bach said during a press conference.

"A moment of joy in particular for the athletes because I know how much they're longing for this moment. They can finally be there and can enjoy this moment under very special circumstances. And a feeling of relief because the road to this opening ceremony was not the easiest one."

Seychelles is also being represented in Tokyo by swimming official Paul Fanchette and Badminton Confederation Africa president Michel Bau who is also the chairman of the local association.

This is the 10th time Seychelles is taking part in the Olympic Games after making its debut in Moscow, Russia (formerly USSR) in 1980.

It missed only the 1988 Games in South Korea because of its partial support of the North Korean boycott.

So far, no Seychellois athlete has won a medal at the Olympics.

The Tokyo Olympics were to take place from July 24 to August 9, 2020 but were delayed for a year because of the coronavirus (Covid-19) pandemic.

The decision was based on the information provided by the World Health Organisation (WHO) and International Olympic Committee (IOC) president Thomas Bach and the Prime Minister of Japan, Shinzo Abe, concluded that the Games of the XXXII Olympiad in Tokyo must be rescheduled to a date beyond 2020 but not later than summer 2021, to safeguard the health of the athletes, everybody involved in the Olympic Games and the international community.

The international multi-sport event is now scheduled to be held from July 23 to August 8, 2021 in Tokyo, Japan.

Despite being rescheduled for 2021, the event retains the Tokyo 2020 name for marketing and branding purposes.

This is the first time that the Olympic Games have been postponed and rescheduled, rather than cancelled.

As for the Summer Paralympics, they will be held between August 24 and September 5, 2021 after the Olympics.

Meanwhile, Tokyo Olympics organisers have fired the opening ceremony director Kentaro Kobayashi on the eve of the event after reports emerged of a past joke he had made about the holocaust as part of a comedy act in the 1990s that recently resurfaced in the Japanese media.

Mr Kobayashi has apologised for his comments in a statement. "Indeed, as pointed out, in the video software that was released in 1998 to introduce young comedians, a skit script I wrote contained an extremely inappropriate expression. I understand that my foolish choice of words at the time was a mistake, and I regret it," Mr Kobayashi said, adding that he was grateful he was able to be involved in the ceremony.

In fact, this is the latest in a series of embarrassments for the Tokyo organisers after a well-known musician Keigo Oyamada was forced to step down as composer for the ceremony after old reports of his bullying and abusive behaviour surfaced. Composer for both the opening and closing ceremonies for the 2020 Olympics, Japanese musician Keigo Oyamada announced his intention to step down after comments made in the 1990s with Japanese magazine Rockin'On Japan recently began circulating online. In the comments, he described abusing fellow classmates with apparent disabilities while at school.

Earlier this year, the head of the Tokyo 2020 organising committee resigned after making sexist remarks, and the Tokyo Olympics creative head followed after he made derogatory comments about a popular Japanese female entertainer.

The accompanying photos of the Seychellois athletes have been taken from Socga’s Facebook page. 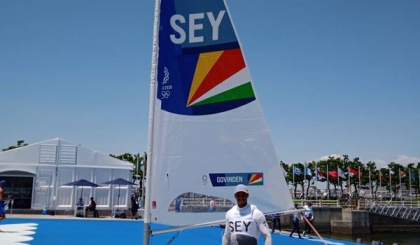 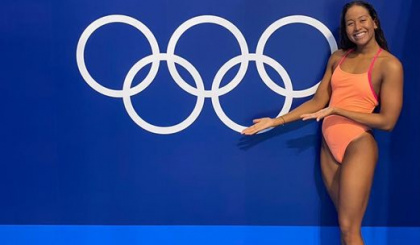 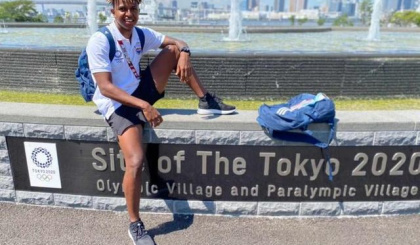 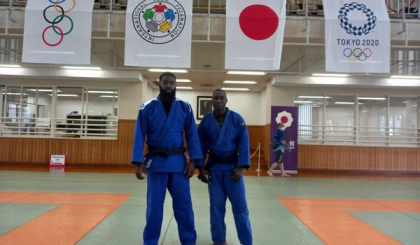