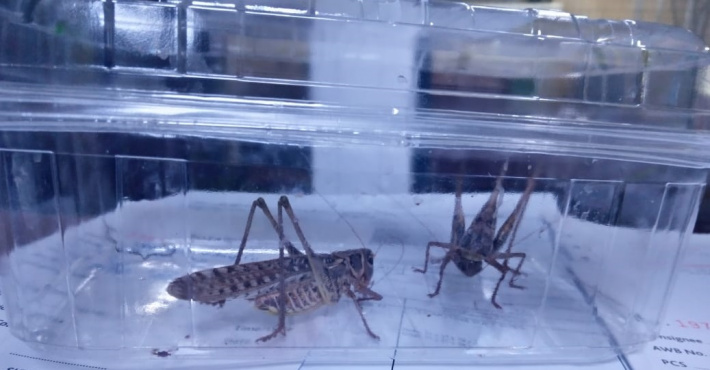 Two locusts found alive onboard a Turkish Airline flight which arrived in Seychelles at midday on Monday were subsequently ‘knocked down’ by chemical sprays.

Officials from the National Bio-Security Agency (NBA) have confirmed that at least two locusts have been found onboard the Turkish Airline flight from Istanbul.

The agency coordinated this exercise in collaboration with the Ministry of Health.

Further investigations were undertaken to intercept and find out whether there were more locusts onboard the airplane. The onsite investigation continued yesterday.

In the meantime, Mr Stravens noted that the locusts discovered thus far will be analysed to determine which species they are from and how they got on the plane to reach our shores and gauge the potential dangers they might pose to our environment.

Mr Stravens stated that a report in this investigation was expected to come out later yesterday.