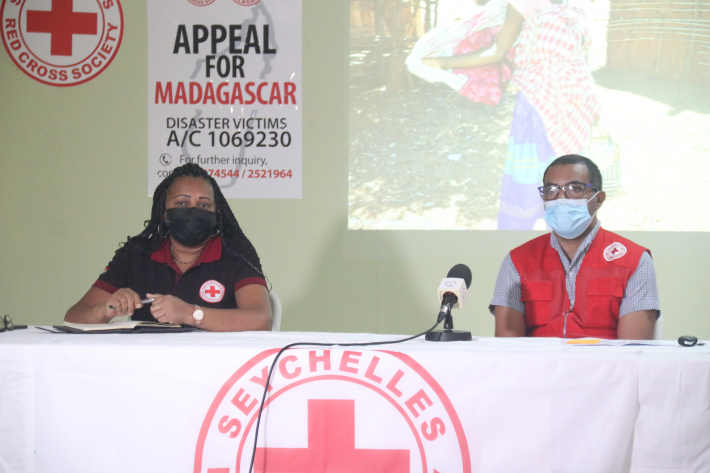 On June 8, The Red Cross Society of Seychelles made an appeal to the public to contribute towards a fund that had been set up to help bring some relief to drought and famine victims from Madagascar.

During the course of only a month from June to July the fund set up at the Absa Bank has been able to raise R200,500.

In a press conference this week at the Red Cross Society of Seychelles (RCSS) head office at Providence, the president of the RCSS Kishnan Tamatave thanked the public for their generous donations, adding that the money raised will be sent by bank transfer to the Madagascar Red Cross Society and will go towards Tanandava and Ambatoabo ‒ two districts in the Fort Dauphin region.

He added that the Red Cross Society in Madagascar considers what Seychelles did as a noble gesture especially since Seychelles is the only country in the region that has raised money for them so far.

Marie-May Esparon, secretary general of the RCSS said the first week the fund was opened they raised over R15,000 and from then on they got more and more and each donation was either R5,000 or more with the highest being R25,000.

“I would like to use this opportunity to thank the public as well as businesses which heard our call and generously donated to the cause. I would also like to thank those who gave half of their donation to the RCSS because they realised that even though we are helping our neighbours in Madagascar, Red Cross Seychelles also needs donors,” said Ms Esparon.

Having said that, she also noted that once the money is sent to Madagascar, Red Cross Madagascar will keep RCSS up to date on what the money is spent on as it will be used to help those who are most in need in those two districts.