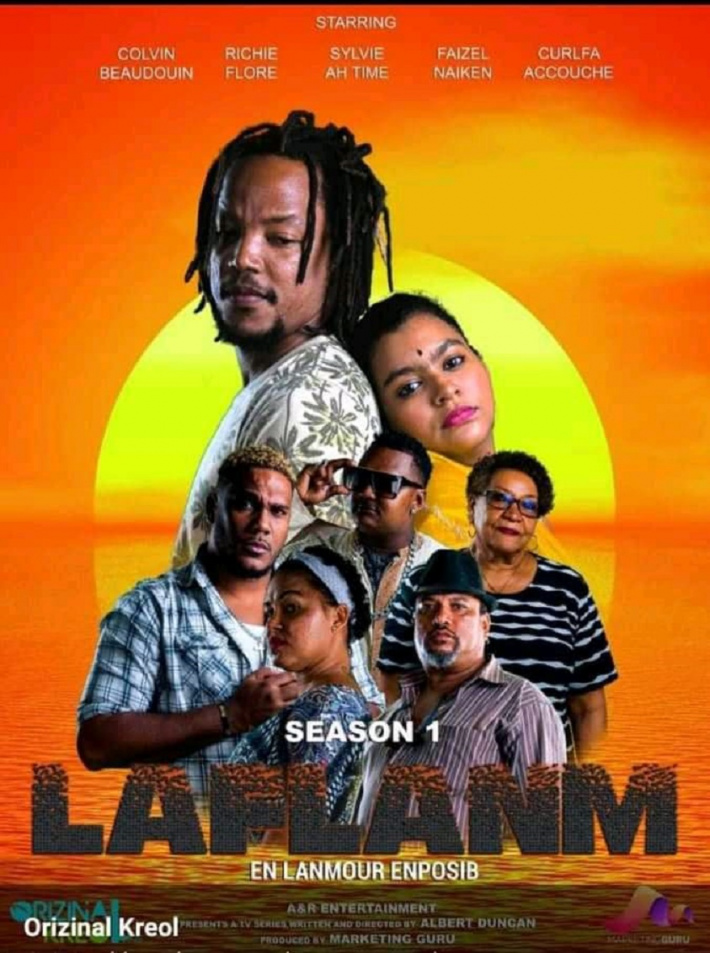 Many of us have seen the trailer for the brand new creole series ‘Laflanm – En lanmour enposib’ on Seychelles Broadcasting Corporation channel 1. This new Creole telenovela will be premiered in mid-July 2021 and will consist of 12 episodes of 30 minutes each which will be aired once a week exclusively on SBC 1.

In the build-up to the release, Seychelles NATION brings you an exclusive interview with the producer of Laflanm – En lanmour enposib Rico Padayachy and its director Albert Duncan to know more about this venture.

Seychelles NATION: When did the idea for this telenovela germinate?

Albert: The idea germinated in February 2020. The film is produced by a new local company Marketing Guru. I wrote the script and also directed it. Rico also did the sound and other editing on this project. To note all soundtrack on the series is locally made.

This is not my first film project; in 2014 I produced MENAS, and other series that were aired on Cable TV. I have also produced short films / comedies which can be seen on social media.

At that time SBC was advertising for local producers to bring forward their film/drama projects. ‘Laflanm’ was in my mind for quite some time. It is a love story based on two Seychellois families, one of which has Indian background. The telenovela portrays the difficulties that the lovers have to face with their families’ cultural beliefs. With each episode the viewers will experience their growing love amid all the prejudice, dramas, and difficulties they face.

The viewers should expect the real Creole saga and the everyday life struggle when it comes to love in a different cultural family.

Rico: This whole adventure has been a confirmation. My life and business partner, Marquise, was studying marketing in Australia and my parents are already entrepreneurs. Coming back to Seychelles and being employed was not an option for us, as this would dampen our creativity and that’s where Marketing Guru came along.

Unfortunately, we were hit by Covid-19 like the rest of the world. And as we had already ordered all our equipment we had to move forward with our new venture.

I was producing my first song ‒ ‘Part time Lover’ ‒ and working with the videographer Salim Ally and through him I met Albert. Then we had our first meeting the three of us, and after one and a half years we (Rico and Albert) are still business partners.

In March 2020, we started filming production for the series Laflanm. I was new in this business and all along I was guided by the good advice of Albert, Salim and Marquise.

At the beginning it took the team six months to make three episodes and now we only take two months for the same job.

Seychelles NATION: Tell us more about your production team.

Albert: We have our main cameraman Salim Ally. Rico as an all-rounder, Marquise the organiser and myself as the director. For this telenovela, Rico helped a lot with the sound using the latest technology used in movies worldwide. The viewers will definitely experience and see the difference and quality of our product. We were also lucky to work with Emily Chetty, who is a well-known movie producer. For the cinematography we also received help from Collin Woodcock, Bertrand Tirant and ex-chairman of ‘Cine Sesel’ Alain Boniface. To produce this telenovela, we worked with 39 actors.

Seychelles NATION: What was the first reaction of the public when the first teaser trailer was aired?

Rico: When we first gave the sample to SBC to be aired, they called us back saying there was too much traffic and members of the public were eager and anticipated to know more and see the series. So we decided to hold the trailer to a closer date. The SBC Facebook page also aired the trailer which had many views and likes. So far, we have been receiving good feedbacks on our personal social media platform.

Seychelles NATION: What next?

Rico and Albert: We know Laflanm will create a trend and appetite for more among the local viewers. Rest assured that we are already planning for more production. In Seychelles we have many stories, beautiful locations and good local actors and actresses who we still need to exploit and bring into the limelight. The plan is to bring cinematography to another level in Seychelles. We do have a very professional team who have all had exposure in this field internationally and we keep updating our knowledge and skills through online courses. Our goal is to bring local productions to an international level /market. First our targeted market will be the Indian Ocean, if neighbouring sister islands are doing it, so can we!

One of the major backlashes in our local cinematography is that we tend to imitate international culture and actors. Our team is doing it differently and we are proud to say that the concept, actors, sound, producers are all Seychellois.

Seychelles NATION: Do you get any support for your project?

Rico and Albert: Until and unless we have a project to show in our hands the support is minimum. I am sure now with Laflanm in our portfolio, we will receive the support and help from the community.

For this project we have received great help from SBC, as they opened the doors for us and believed in the capacity of local producers.

Unfortunately we did not see any interest from CINE Sesel and the National Arts Council (Nac). We have invested in this project and because we love what we do we have managed to come up with a beautiful work with the devotion and hard work of the team. We also thank Dr Chetty, Chetty Family in general, Nest Design, Andrew Padayachy, Padayachy Funeral Parlour, Erica, Wilna, Florentino, Charles and ZilAir.

We would also like to thank many others who helped us such as Darius, Martin Lebon, Dareal Thing and many actors. If we are here today all these actors and other members helped us in our journey. We also call on people to believe in our ventures and help us develop a true Seychellois cinematography. 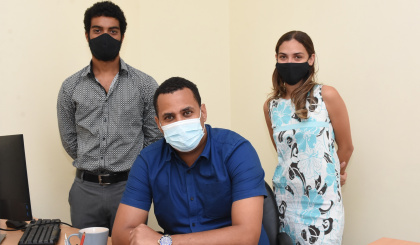 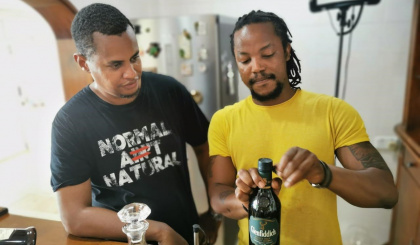 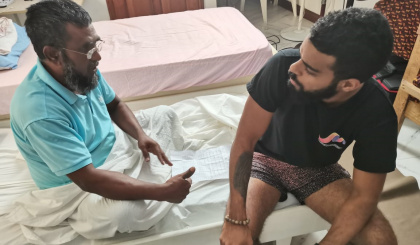 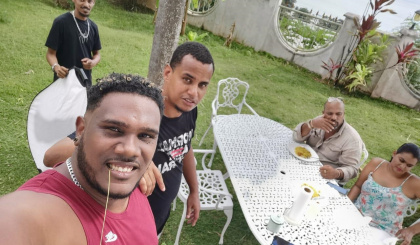 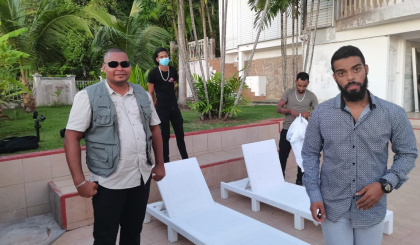