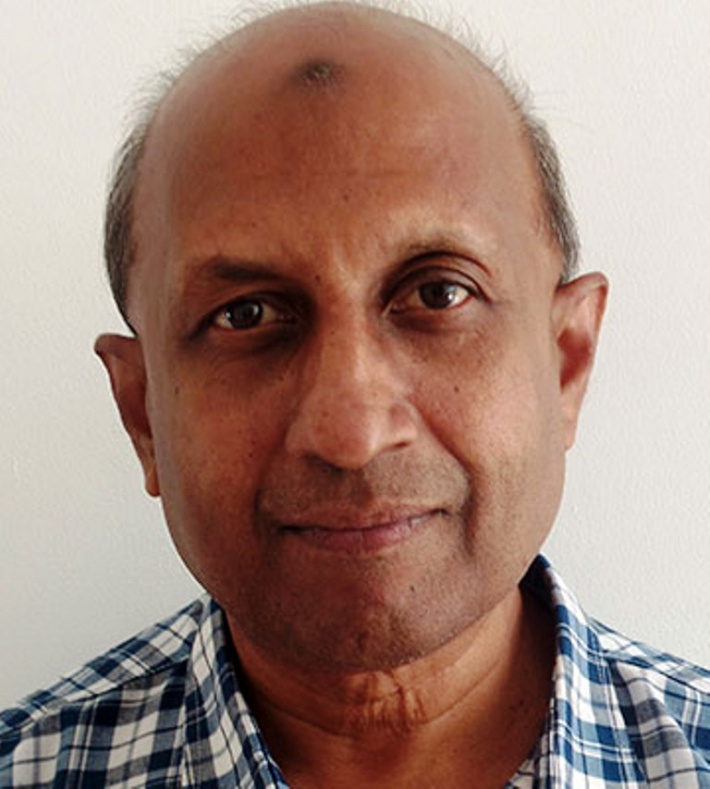 “Without a shred of doubt, the national daily, Seychelles NATION, has metamorphosed over the years from a black and white 4-page SEYCHELLES BULLETIN (A2 size folded in half) to a 24-page colour publication (each page being A3 in size). At present the newspaper has reduced the number of pages to a minimum 16 because of the limitations imposed by the Covid-19 pandemic. (I hasten to add here that my window of reference covers a little over 45 years.) As a government publication it has generally served its purpose although many readers will have diverging views on its editorial line over the years. Today, under the National Information Services Agency (Nisa), I believe the paper is now financing itself despite the current challenges. The political context and environment make it easier for the paper to assert its editorial independence and there is evidence this is happening.

“Believe it or not, for a short six-week stint in the mid-1970s, I was the editor of the then SEYCHELLES BULLETIN; by today’s standards a new entrant from school would not be asked to shoulder such a mammoth responsibility ‒ admittedly the circumstances were vastly different and far less complex in scope. I had obtained an interim posting at Radio Seychelles in 1974 as a trainee producer after completing A-levels at Seychelles College and while awaiting the award of a scholarship for overseas study. Barely three months into the job, the then Broadcasting Manager, Group Captain Eric Passmore, called me in and informed me that the then SEYCHELLES BULLETIN Editor, Mr Antonio Beaudoin, was proceeding on a short overseas course and that I had been selected (I was never told by whom) to be the Editor of the paper during the period he would be away. I literally shook at the knees faced with this immense responsibility which I felt was beyond me. I tried to protest that the task was far above my ability but I was asked to give it a shot nevertheless.

“I was not told, but I believe the fact I had been the Editor of the Seychelles College school magazine, SEYCO, and the school science club magazine THE YOUNG SCIENTIST may have prompted whoever took the decision to try me out. Incidentally, another College student who held editorship of both publications mentioned went on to be a journalist in the United Kingdom (UK) and later in Seychelles (of Week-End Life fame), culminating his career as Communications Advisor to President France Albert René. I am talking here of no other than the illustrious Gilbert Pool ‒ the articulate writer and photographer who has published at least three books … and I believe is working on a fourth!

“I must admit the six-week spell was not as difficult as I had dreaded. My job consisted largely of transcribing the BBC News for the World News section, selecting various items routinely received from the London Press Service, writing headlines and page-layout for which I received guidance from the printing staff next door, notably Maxime Renaud. Proof-reading was the most time-consuming part of the job. There was a British journalist, Douglas Chapman, who covered local news (on average 2-3 stories per day). He did oversee my work, particularly in the first few days, but I was virtually left on my own afterwards. Unfortunately, I suspect there will be no documentary evidence to support my claim of editorship of the BULLETIN because unlike today, for a long time the name of the Editor was not published.

“I was not the only College school-leaver who was entrusted with such heavy responsibility normally assigned to seasoned senior staff. In the late 1970s, Patrick Mathiot (he prefers to spell it as Pat Matyot) joined Radio Seychelles straight from school. (Pat had also been an editor of the College school magazine.) Mr Jérémie Bonnelame, then Director of Information Services, gave Pat his first assignment: to write the weekly (Saturday) editorial for Seychelles NATION. He wrote two editorials ‒ one on Apartheid and the other on the Dangers of smoking in preparation for the ‘World No Smoking Day’! Pat was absorbed fully into the Radio services thereafter.

“I was not in Seychelles for the Independence celebrations when the SEYCHELLES BULLETIN became NATION and subsequently and up to this day SEYCHELLES NATION. I was there, however, when the masthead of the national daily was changed in June 1977 with the name in red over a thick wavy line (originally a feature of The PEOPLE) and the new motto ‒Liberté, Egalité, Fraternité ‒ was adopted. It is still in use today. The masthead has changed colour a few times ‒ red, green, orange and back to red, sometimes for amusing reasons! It was also early in the Second Republic that the newspaper started appearing in the morning instead of the afternoon.

“Another significant event which sticks out in my mind is the incredible gaffe that caused much anxiety and frenzied commotion on the day of the Presidential elections in June 1984. It was a Saturday. The most unimaginable thing that could happen at that time occurred on that fateful day. Seychelles NATION came out with an article on page 3 which contained a picture of President René with a large diagonal cross over it. It was taken as a deliberate affront to the President, who on that day was standing in elections for his second term! By sheer coincidence, this was a day or two after Dr Maxime Ferrari had resigned from the government and flown out of the country. One might have thought Murphy’s Law was in application!

“You can imagine what mental torment the Seychelles NATION staff must have gone through. Conspiracy theories were not far from the minds of some in the inner circle who got to know about the incident. The gaffe was discovered shortly after drivers had delivered most copies of the newspaper to sales outlets throughout Mahé. The Minister then responsible for Information, Culture & Sports, Mrs Sylvette Frichot, was alerted and she immediately ordered all the copies be recalled; the offending page was re-printed and the newspaper was re-issued. I wonder if anyone today has a copy of this infamous edition. As a collector’s item it would be worth something in years to come ‒ if not now!

“A high level inquiry was, as expected, set up; various officials involved were summoned and tension was understandably high and there was nervousness all round. However at the end of the day when all statements were collected and interviews conducted, it transpired that the event was a most unfortunate accident, was not pre-meditated and no malice was ever intended. To cut it short, common-sense and truth prevailed and the authorities accepted the facts ‒ however unpalatable in the circumstances. The euphoria that followed the outcome of the Presidential election (first re-election of Mr René as President after 1979) must have had a calming effect on a highly-charged atmosphere. Rumours that some people were incarcerated were totally unfounded.

“What had really happened? There was a picture to accompany an article. It had been taken in a room where there was an official photograph of President René on the wall. The editor had “cropped” the picture (a very common practice in the publishing world). The Editor had not wanted the President’s picture to appear because it was not relevant to the article. Unfortunately, the person who worked on the page made a ghastly mistake and the proof-reader had not picked it up.

“As I have stressed, the above incident was by no means an act of defiance. However, there was at least one moment of a rebellious nature, in the Information Department, when one editor ‒ on his own ‒ stepped down after protesting that there was too much government interference in the Seychelles NATION ‒ an unprecedented and unparalleled move, about a year or so before the end of the Second Republic ‒ not that anyone knew or guessed the Third Republic was in the offing. Almost all the staff of Seychelles NATION signed a petition to President René to express support for the outgoing editor.

“Seychelles NATION editors went on to take very important roles in the government. By my reckoning, the most successful of them was Ronny Jumeau who became Cabinet Secretary, Minister and in the final posting, until his retirement from the public service ‒ Seychelles Ambassador to the United Nations (UN) and concurrently the United States. René Morel was the Communications Adviser to President James Michel, Principal Secretary for Information and Public Relations, and chairperson of the National Information Services Agency (Nisa). Denis Rose was appointed Principal Secretary and over a period of time held portfolios for Arts, Culture, Sports, Community Development and lastly Information until this department was phased out earlier this year. Denis Rose also held the chairmanship of the Seychelles Broadcasting Corporation (SBC) board for a few years.

“One thing that Seychelles NATION can justly be proud of is that throughout its history, since Independence and to this day, the Editorship of the newspaper has always been held by a Seychellois. There were some other nationals (I don’t want to name any for fear of missing out anyone!) who have made significant contributions to the success of the paper which in relative terms has been phenomenal! Many also probably do not know that Seychelles NATION was the backbone which produced the national news for Radio and TV newsrooms until the mid-1980s, when greater coordination between the three inter-dependent information services was established.

“Seychelles NATION has withstood the test of time for continuity and reliability. There have been a few attempts at establishing private dailies. The most successful among them to-date has been TODAY in Seychelles which, although for the last ten years was an alternative to the SEYCHELLES NATION as a printed daily, has since April 2020 been forced by economic circumstances to cease a print edition. While TODAY continues as an online publication, there is nothing like feeling the crisp texture of a printed newspaper which can be folded and carried around.

“It is tough to produce a daily newspaper in the Seychelles context: the shortage of trained journalists, the cost of production, the small size of the readership and limited advertising income are all major challenges. For a long time government has subsidised Seychelles NATION although today it makes just about enough to claim financial independence.

“Chapeau to all Seychelles NATION staff, past and present, on the occasion of the newspaper’s 45th Anniversary! Congratulations are richly deserved. Well Done!”