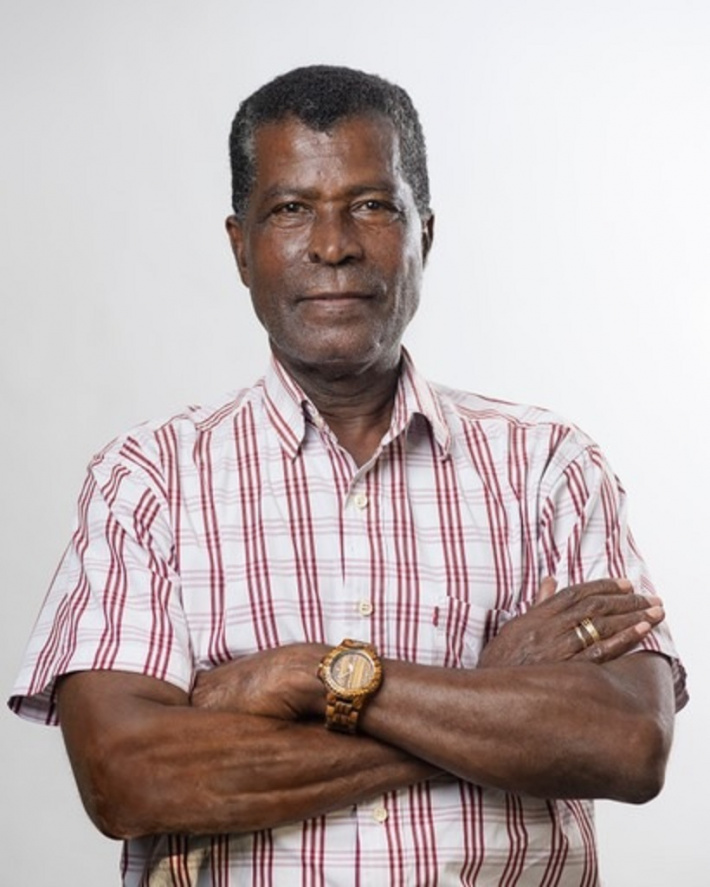 “My motivation was to make a difference, there was the need to establish proper order to make the SFF earn the respect it deserves”

From being in the red to a profitable organisation, the Seychelles Football Federation has come a long way in the last five years. Now, with Covid-19 redefining every aspect of our lives, and sports not being exempt from the struggles, we catch up with chief executive of the federation, Georges Bibi to find out how the sport’s body is fairing and what lies ahead for football in Seychelles.

Seychelles NATION: Mr Bibi, perhaps start by telling us a little bit about yourself, what is your background?

Georges Bibi: Academically, I hold a Master of Science (MSc) degree in Fish Marketing and Management and a Higher National Diploma (HND) in Business & Finance from the United Kingdom (UK). I have a Certificate in Design & Development of Training Programmes from Australia. I also attended an assortment of short courses both locally and internationally ‒ Negotiating Skills, Public Enterprises in Africa to name but a few.

In terms of work experience, I have held several senior management positions in both the civil service and private organisations, from the tourism industry to fisheries, all the way to lecturing in higher education institutions. I’ve been a member of the Constitutional Commission, a member of the National Assembly for almost 10 years. I was listed in the Biography ‘Who is Who in the World’ 12th Edition in1995. I followed Young African Leaders Programme, United States of America, where I was bestowed with the title of Honorary Texan. I have been an election observer with the SADC Parliamentary Forum. I was secretary general of the Democratic party, held the post of president of the two Rotary clubs in Seychelles 2002-2003, 2019-2020. I guess you could say I’ve done a bit of everything.

In the area of sports, I was the general secretary of the Seychelles Athletics Federation in the early eighties. I was a football player with St Louis, Rovers and Bombers in the early seventies up to the early eighties and was called up for national team training for a short spell but never played for the Seychelles national team. I decided to take up coaching in the mid-eighties and was the St Louis FC coach for four years, before going on overseas training. Upon my return I moved to Anse Aux Pins, and later St Michel SC, where I spent almost 14 years as coach and technical adviser.

I have been a football Fifa referee for 12 years and qualified as a Caf referee instructor in 1996. I’ve attended several Fifa and Caf courses in football administration and other relevant executive Caf and Fifa programmes. I have held the position of Fifa/Caf match commissioner for 14 years. I have served as a member of the Seychelles Football Federation (SFF) executive committee for more than 12 years. In 2017 I was appointed chief executive (CEO)/secretary general of the SFF.

Seychelles NATION: You took over the role of CEO of SFF5 years ago. Tell us what was your impression of the federation before you were a part of it, and what motivated you to accept this position?

Georges Bibi: The first thing I noticed was that the football federation lacked proper structure – there was no organisational chart, at the time the secretariat of the SFF was free for all, staff dragged their feet, they would come and go as they pleased. There was no internal or financial control whatsoever, no proper record of data and basically staff lacked proper training.

When I was offered the position, my motivation was to make a difference, there was the need to establish proper order to make the SFF earn the respect it deserves. I wanted to bring some degree of professionalism within the organisation, respect, integrity and a sense of purpose for the staff. To install discipline and control, ensure that the organisation is properly structured, in order to operate in a more efficient and effective manner. There has been some improvement but there is still room to do better. There is an urgent need to change the mind-set of both the staff and the members.

Seychelles NATION: What would you say are some of the challenges you have faced over these years?

Georges Bibi: One of the biggest hurdles in my early days at the SFF was to lift the organisation out of the financial quagmire and turn it around into a financially strong and sustainable organisation. Resistance to change by members of staff and the clubs in general was also a huge struggle. The lack of capable and professional human resources. Lack of properly defined organisational structure, policies, and internal control. Non-availability of financial resources in the earlier years of my taking over the organisation, with backlog of unpaid debts. The need to change the perception of the public in general vis-a-vis the federation. It took a lot of energy and focus to change these, but I think we are well on our way to being the type of organisation I envisaged. For one, we are now well out of the red and actually a financially stable organisation.

Seychelles NATION: How has the Covid situation affected football teams and football in general in the Seychelles?

Georges Bibi: The Covid-19 pandemic has been quite challenging and sadly has had a very adverse effect on the SFF’s footballing activities. Almost all the football activities and programmes have had to be put on hold. Our member clubs have also suffered enormously both financially and economically as they could not secure sponsorship and gate receipts were non-existent due to the suspension of footballing activities and the returning to football without spectators. The SFF is indeed pleased that it managed to intervene and assist the clubs financially through Covid-19 relief funds and also assist with financing transportation costs of teams from Inner Islands. Overall the Covid-19 has had a very significant impact on the SFF and football in general during the 2020/21 season.

Seychelles NATION: Despite this it’s safe to say the federation has come a long way, and there are exciting things up ahead, what plans does it have for the future of football in Seychelles?

Georges Bibi: The SFF has several plans for the development and professionalization of football in Seychelles. Soon we will be resurfacing the Astro Turf, with new fencing, irrigation system, lighting and possible seating area. A new stand and other facilities are in the process for the playing field at La Retraite. A project is in the pipeline to resurface Stad Linite, Upgrade the Lighting system and the Stadium in general to ensure that it complies to the CAF/FIFA Stadia requirement.

In terms of Technical Development for the youth, grassroots, girls/women football and beach soccer, there are several proposals and plans for the future, we will roll out those plans and proposals at the appropriate time, which would also include the national selections.