Feature A glimpse into the Seychelles melting pot |11 June 2021 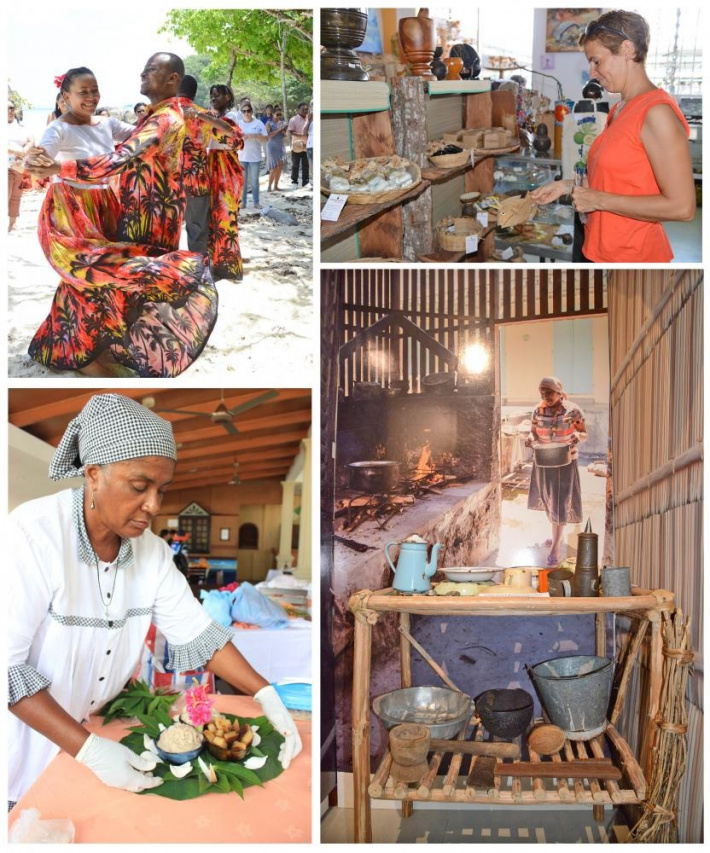 A tender nation of merely 250 years, the Seychelles Islands harbour a wealth of heritage, stemming from the continents of Africa, Europe and Asia. Blending into what is now known as the Seychellois Creole culture, this melting pot captivates onlookers with its diverse history, art, cuisine, dance, and language.

First settled in the 17th century, the islands have held much intrigue throughout the years. Today, beyond its crystal-clear waters and pearly white beaches, the pristine islands’ authentic charms are sure to enchant its visitors. With roots sprouting from three continents, the Seychellois creole culture still reflects its origins.

Immerse yourself in rhythms of the past...

African influences are still present in the rhythm of creole music, with vivacious beats telling stories of their slave ancestors who used music to escape the day’s troubles. Guided by the blaze of a bonfire, African slaves would find themselves moving to the beating of drums and belting of notes, a practice which has been passed on and can occasionally be witnessed across the islands. The ‘moutya’ and ‘sega’ are some of the most popular bonfire dances inspired by their African ancestors, followed by the European-influenced body of more formal ‘kanmtole’ dances such as the ‘kontredans’, ‘kotis’, ‘mazok’ and ‘vals’. Accompanying dynamic dances are vibrant rhythms of instruments accented by percussions, and strong, steady vocals, staples of creole music which has kept much of its original influences.

Still alive today, you can find yourself mesmerised by the rhythm and movements along sandy shores during the golden hour and at cultural events such as the annual Festival Kreol in October.

Take your palate on a gastronomical voyage...

Dance and music aren't the only elements that tantalise travellers; creole cuisine creates a lasting impression on one’s palate, tantalising the tastebuds with flavours bursting with warm spices and fresh ingredients. Creole cuisine is something that remains one of the most exciting aspects of the local culture.

Around every corner of the island, local bites can be relished as one explores some of the archipelago’s many natural wonders where many of the ingredients for the creole dishes can be found. Historical sites such as the Jardin du Roi even offer such tours which end with homemade dishes at a quaint café surrounded by the blissful whispers of nature.

At the heart of every culture lies art and the creole culture is no different, while Seychellois dance, music and cuisine can easily be considered art, one must give special recognition to the creole artisans who have engraved the islands’ history in many of their works.

Galleries showcasing local artwork invite you to an immersive experience in a world of vivid strokes and brushwork while heritage and craft villages such as Domaine de Val de Près and souvenir shops scattered across the islands display handcrafted accessories which serve as reminders of the easy-going island life once you return to your daily routines.

Voyagers can wander beyond the natural wonders of the archipelago, leaping through time into the past by visiting some of the islands’ historical sites such as the slave children’s school and cemetery at Venn’s Town at Sans Souci, the Domaine de Val des Près and why not the Seychelles National History and Natural History museums which echo ancestral tales. National monuments, such as the lighthouse on Denis Island, some 90 kilometres north of Mahé, also bear witness to these islands’ past, when only hardy seafarers could navigate the archipelago’s wild oceans.

With a unique ethnic blend, the Seychellois heritage has given the creole community a special talent for making you feel right at home. Travellers from the most unlikely places are sure to catch a glimpse of their own heritage when exploring the creole culture of the tiny island paradise.

Contributed by the Seychelles Tourism Board