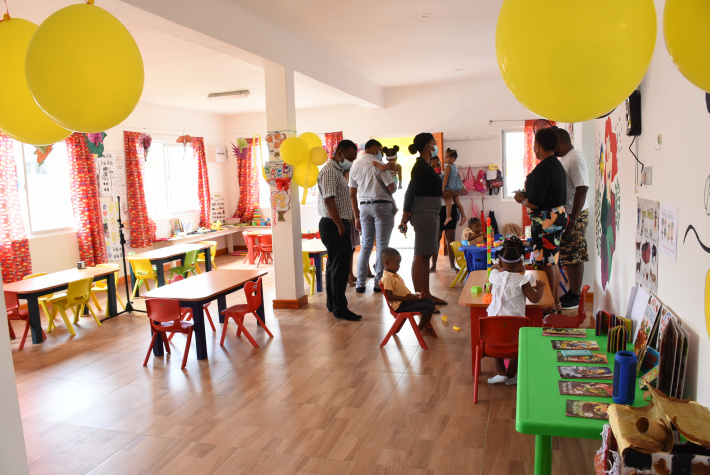 The couple coincided the opening of their day care facility with the Children’s Day celebrations yesterday on June 1.

Located near the Perseverance condominiums, next to Kannus, Small Treasure Day Care can cater up to 50 toddlers on the ground floor and 10 infants on the first level.

Mrs Vital noted that the area catering to babies and small infants on the first floor will be furnished and ready for use in another two to three months.

Unlike some day care or child minding facilities that shy away from taking in newborns, Small Treasure caters to children aged 0 months to four years old.

The day care opens its doors every weekday from 7am and closes at 5pm, and welcomes children.

It is equipped with bathroom facilities, playrooms, a classroom and dining rooms as well as a tiny exterior area which is fenced for the children’s safety.

Both Mr and Mrs Vital noted that it was a difficult journey to acquire the loan for this venture and construct the Small Treasure facility, which makes the end result all the much sweeter. The property is presently being leased from the government.

“We knew there was a never ending demand for facilities such as this one,” Mrs Vital said.

“Prior to Small Treasure, we were running a child minding business at home but due to space limitations we could only take in a small number of children. Parents kept asking and our hearts went out to them,” she explained.

“I am really happy because it is a huge achievement and it is the biggest gift I can give to these children on Children’s Day. Our services will help children develop and get ready for kindergarten,” Mrs Vital concluded.

Honourable Bastienne expressed her gratitude and those of Perseverance residents to the couple since the district had yet to boast of a day care.

The Perseverance MNA noted that Small Treasure is a welcome addition to the several home-based child-minding facilities in the district.

Henrico Ernesta, parent of one of the 10 children registered at Small Treasure, added that he is happy to see the evolution of Small Treasure from a child-minding business to a fully fledged day care centre where his daughter will have more space to play and learn.

The accompanying photos show some highlights of the opening ceremony yesterday for the new day care centre at Perseverance. 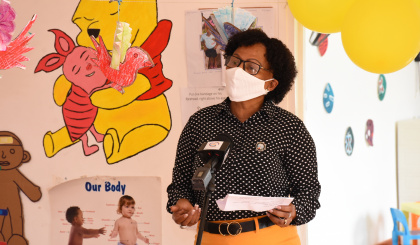 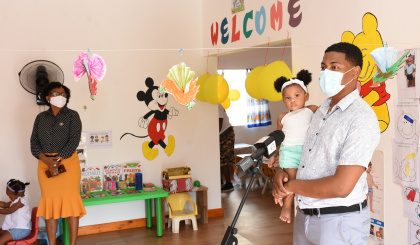 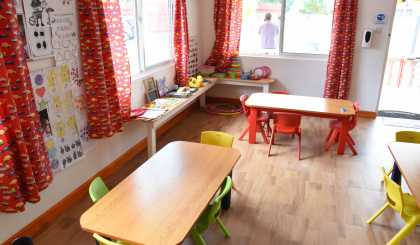 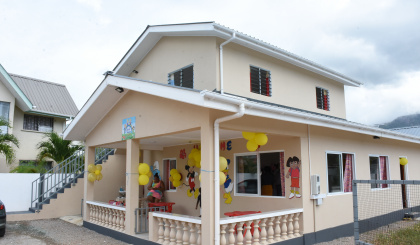