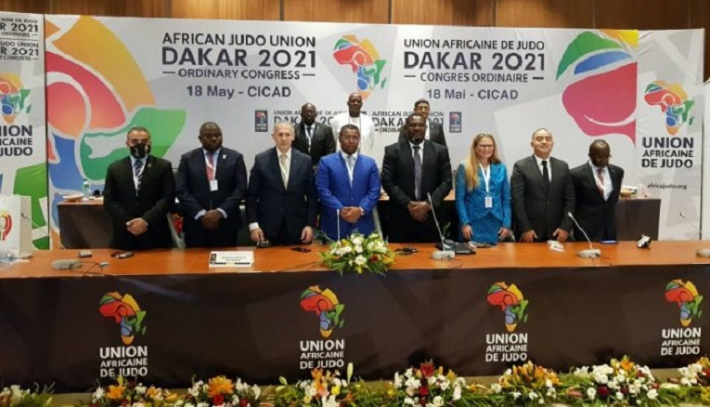 Malagasy Thierry Siteny Randrianasolo is the new president of the African Judo Union after being voted into office earlier this week during the body’s annual general meeting.

Seychelles was represented at the meeting held on Tuesday May 18, 2021 in Dakar, Senegal by former judoka Francis Labrosse who is now a coach.

Mr Randrianasoloniaiko, who is also the president of the Malagasy Olympic Committee and president of the Madagascan Judo Federation since 2009, defeated Chadian Olympic and Sports Committee president Abakar Djermah for the position. He garnered 42 out of the available 51 votes to succeed Mali's Habib Sissoko as the African Judo Union (AJU) president.

Prior to his successful election, the Malagasy head was the previous chair of the AJU.

Also the director of development of the International Judo Federation (IFJ), Mr Randrianasoloniaiko has called on all national federations to show solidarity to restore the image of African judo in all structures. He wishes, in fact, to fight for the massive participation of African athletes in the Olympic Games in Paris in France and to multiply the number of judo competitions on the African continent.

Mr Randrianasokoniaiko, 69, is the sixth president of the African Judo Union. He is also the second Malagasy to lead a continental sports organisation after Ahmad Ahmad in football.

Shadrack Maluki from Kenya picked up 39 of the 51 votes to claim the post of chairman, while Estony Pridgeon from Botswana has been reelected secretary general with 41 votes.

The newly elected general treasurer is Chafik Elkettani from Morocco and he won 42 of the 51 votes.

The AJU Congress was held two days before the start of the 42nd African Senior Judo Championship from May 20-23 at the Dakar Arena in Diamniadio.