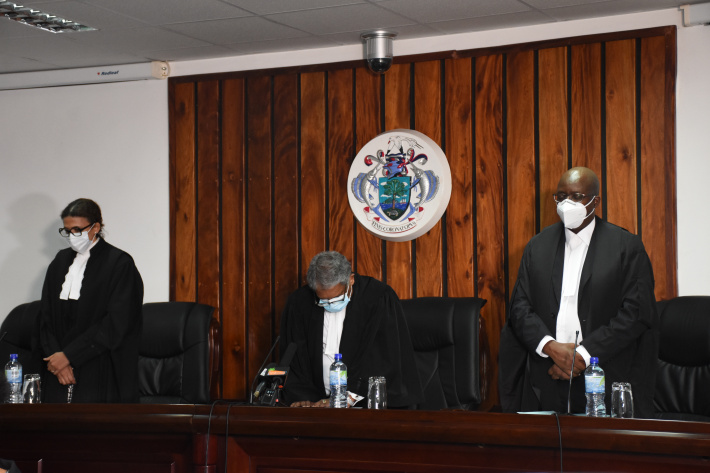 The Court of Appeal had a short commemoration yesterday at the Palais de Justice in honour of the late judge Jacques Hodoul.

After two minutes of silence, the President of the Court of Appeal (PCA), Justice Anthony Fernando, delivered a speech on the impact and journey of the late Mr Hodoul, following which he presented his sympathy to the Hodoul family.

“Justice Jacques Hodoul started his career as a teacher before he proceeded for his law studies. He was admitted as a Barrister of the Inns of Court of Law at Middle Temple London. Returning to his motherland, Justice Hodoul practised for a short while at the Unofficial Bar, before he took up active politics. He held several ministerial posts – that of Education, Lands and Foreign Affairs. In 1991 he formed his own political party, the Seychelles Movement for Democracy, of which he was the leader. In the year 2005, he was appointed as a Justice of Appeal of this Court, and was a member of the Court until his retirement in 2011. lt is when he became a Justice of Appeal that I came to know Justice Hodoul closely and that when I joined the Court of Appeal in January 2009. Prior to that I had been opposed to him as counsel, when I was the Attorney General,” recalled Justice Fernando.

He further remembered the late Justice Hodoul as a “genial member, unruffled at all times, learned in the Law with an ideal judicial temperament. He will always be remembered for the landmark judgement he wrote in the case of Gappy v/s Barallon, which changed the procedure that had been followed up to that time in cases of defamation. Justice Hodoul held that in cases of defamation there was no necessity to have the defamatory words uttered in Creole, translated into English, since Creole is one of our national languages”.

Justice Fernando also related the case of Mancienne v/s the Government of Seychelles, where he appeared before Justice Hodoul, as amicus curiae, when he was the Attorney General.

“In the case of Mancienne he gave a judgment, agreeing with my submissions and dissenting from the other two Justices of Appeal upholding the right of expression of Mr Mancienne guaranteed under the Constitution. He also held that Mr Mancienne had been denied a fair hearing by the then Chief Justice. In Mancienne, Justice Hodoul stated that his principal concern is his duty to uphold the Constitution of the Republic which embodies the constitutional lights of its citizens”.

After this short commemoration, which was attended by some lawyers, a copy of yesterday’s proceedings was forwarded to Mr Hodoul’s family. 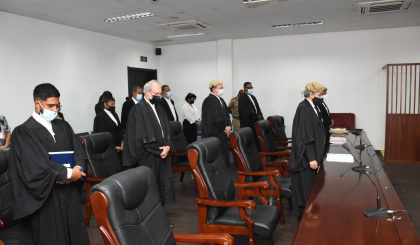