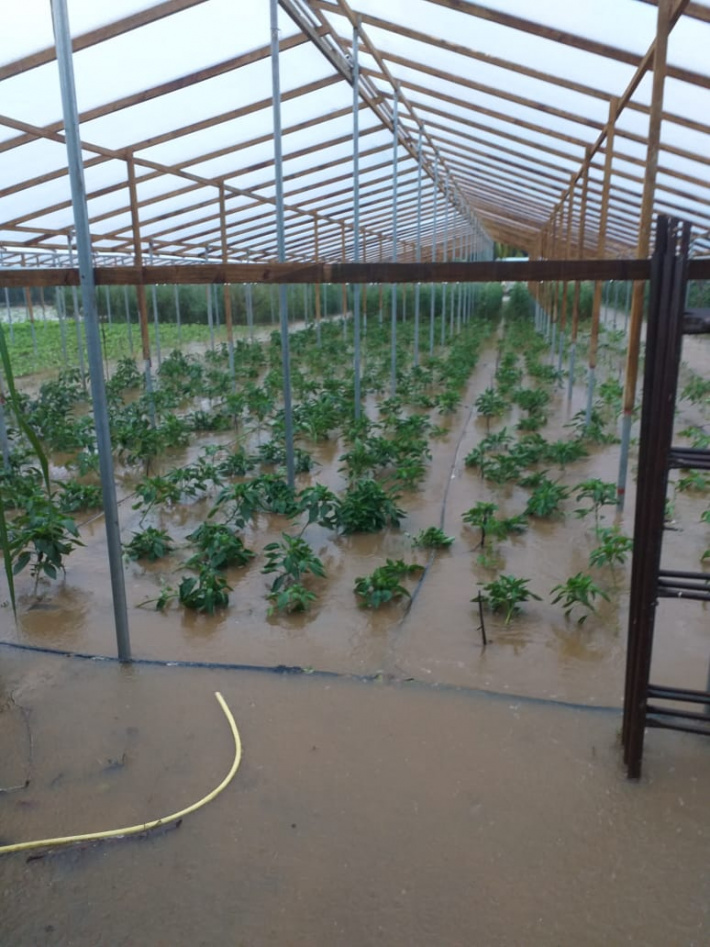 Several areas across Mahé and Praslin experienced flooding and other incidents such as fallen boulders and embankments yesterday following heavy rain which fell through the course of the morning.

The Seychelles Meteorological Authority (SMA) issued a bad weather warning, at the orange level, at 8.20am yesterday and which was valid from 2.30 am until 1pm the same day.

The heavy rainfall led to flooding which affected a number of houses and properties.

According to the Department of Risk and Disaster Management (DRDM), the main incidents associated with the water induced event were obstructed roads, fallen embankments, structural failures of retaining walls as well as fallen trees and rocks.

Areas most prone to be affected by the rainfall and flooding were low-lying areas.

By 12.30pm, the National Emergency Operations Centre had recorded a total of 43 cases in various districts on Mahé and one incident at Baie Ste Anne Praslin.

The south-western district of Anse Boileau was the most affected area with 15 reported cases, followed by Au Cap with nine incidents, Baie Lazare with four cases and Grand Anse Mahé with three.

Motorists and pedestrians alike were advised by the Seychelles Police and other authorities to take precautions while on the road especially at locations were roads had flooded such as at Anse Boileau, Au Cap and Pointe Larue.

Meanwhile the general public was urged to stay at home during the downpour.

A section of road at the La Misère view point was partially obstructed by fallen rocks while further down south at Montagne Posée, a road had been fully obstructed and blocked by a fallen embankment.

Similarly at La Gogue, Glacis, a fallen embankment had completely blocked a section of the road.

DRDM also confirmed that a four-person household at Copolia, Plaisance had to be evacuated from their house and the family is lodging at a close relative for two days. It is unclear as to which heavy rainfall incident led to the evacuation.

Aside from the DRDM, other responders which were mobilised during yesterday’s bad weather alert were the Seychelles Fire and Rescue Services (SFRSA), Seychelles Police, Ministry of Land Use and Housing, department of local government (district administrations), Public Utilities Corporation (PUC) and the Ministry of Environment.

The Red Cross Society Seychelles were additionally activated and responded to certain incidents.

DRDM officers were dispatched to certain affected sites and cases were referred to the respective agencies.

The Minister for Internal Affairs, Errol Fonseka, visited the National Emergency Operation Centre at around 12.10pm yesterday where he received a briefing on the situation.

As is often the case during heavy rain falls, farms located in low-lying regions were affected by yesterday’s flooding.

Ralph Hoareau, owner of R Farm, said that both of his farms at Au Cap and Anse Royale have flooded, resulting in the loss of a majority of his crops.

From tomato to lettuce to corn, Mr Hoareau noted that he and his employees will now have to start over and it will take at least three months to regain the crops lost.

“At Au Cap, the Ministry of Environment had to work to unblock the drainage into the sea and after that the water receded. The farm at Anse Royale was also entirely flooded. As much as we understand that this is nature, it is still disappointing that we have to start all over again,” Mr Hoareau told Seychelles NATION.

The bad weather did not only affect those on land but also the aviation sector.

On account of the bad weather, Emirates flight EK705 from Dubai was unable to land at the Seychelles International Airport yesterday morning at its scheduled time of 6.45am and had to continue flying to Mauritius for emergency landing at the Sir Seewoosagur Ramgoolam International Airport.

According to Mauritian news outlet Defi Media, the passengers did not disembark and remained onboard the airplane until it departed Mauritius at 10.30am yesterday to fly back to Seychelles.

Meanwhile Air Seychelles had to halt all of its scheduled domestic flights yesterday until the afternoon when the weather improved. 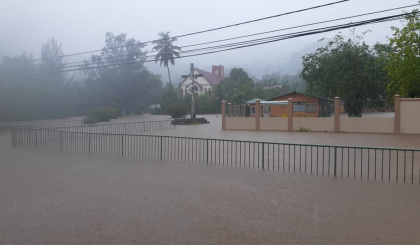 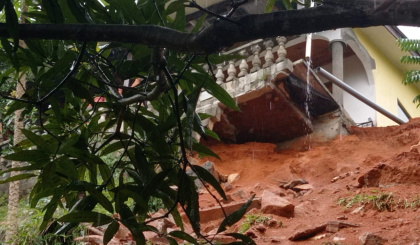 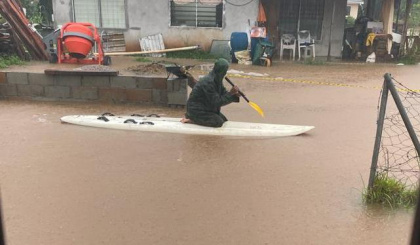 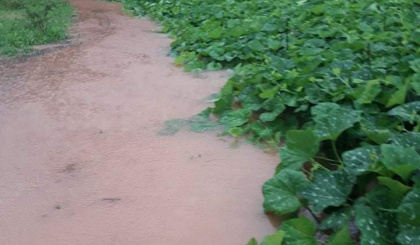