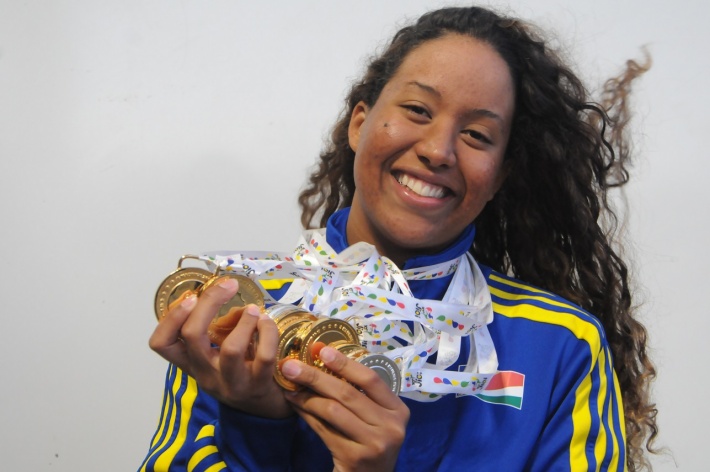 Seychelles’ swimming team at the 10th Indian Ocean Islands Games in Mauritius won three more gold medals yesterday, the final of the five days of competition, to bring their tally to 11.

Apart from the gold medal won yesterday, Passon also took the bronze medal in the 4x100m medley relay with teammates Khema Elizabeth, Aaliyah Palestrini and Therese Soukup and this adds up to her three silver medals won to bring her tally to 11 medals won at the games.

Passon is no doubt Seychelles’ best ever swimmer at the Indian Ocean Islands Games (IOIG) with a total of 11 medals – 7 gold, 3 silver and 1 bronze.

“I was expecting to win only three or four gold medals at the games but to win seven medals is a great achievement on my part. Overall, I am happy with my performance as I managed to break six games’ records but during the last two days, I don’t know if it was because of the cold weather or tiredness, my performance slowed down a little bit and I am not too happy with that. But on the whole I am extremely happy and I would like to thank my family and others who have supported me,” said Passon.

In the morning, Simon Bachmann won his first gold medal for Seychelles in the 1,500m freestyle in a time of 16:28.86. He noted that he was very happy to have won the medal in a race he was not expecting to win.

The other gold medal for Team Seychelles came from handisport swimmer Stephanie Mondon who clocked 43.44 seconds in the 50m freestyle to retain her medal won in Reunion in 2015.

“I prayed a lot for the gold medal and with God’s grace I have won it. I want to dedicate this medal to my family who have been behind me and also to all those who have helped me to win this medal today including the supporters,” Mondon said.

The silver medal in that race went to Carmen Nunchert from Mauritius with a time of 45.83 seconds and the bronze medal went to Genevieve Sautron from Reunion with 55.86 seconds

Passon teamed up with Aaliyah Palestrini, Khema Elizabeth and Therese Soukup for the bronze medal in the 4x100 medley relay with a time of 4:00.19. The team from Mauritius won the gold medal in 3:52.26 followed by Reunion for the silver in 3:54.39.

In the women’s 200 backstroke the silver medal went to Lou Ditiere from Reunion with a time of 2:24.26, while Koeing Camille from Mauritius took the bronze medal with 2:24.77.

After the five days of competition the Seychelles swimming team garnered 11 gold, 10 silver and 10 bronze medals. Coach Kenny Roberts said he was very satisfied with the performance and the results of the swimmers which were beyond expectation.

“Apart from the records broken, especially by (Felicity) Passon with six records broken, most of the swimmers have improved their personal bests and I think this is our time to move towards improving our times to the African level. I think the result will motivate the swimmers especially now that they are still very young, to stay until the next Games in four years’ time,” coach Roberts said.

The team is being accompanied by Palestrini’s father. 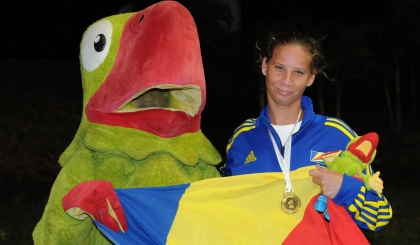 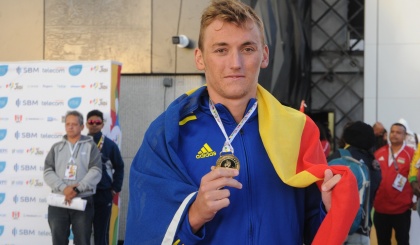