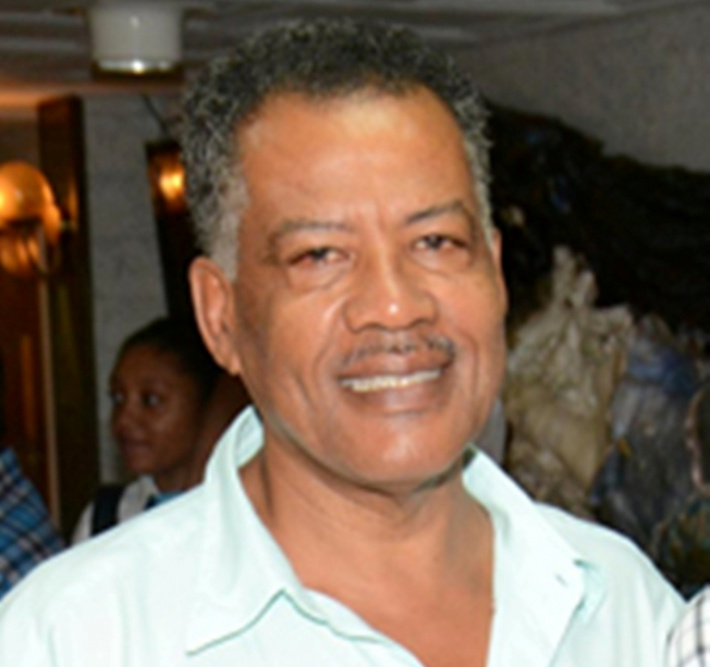 Today is World Press Freedom day and we bring you a chat with Rene Morel, one of the former editors of the Seychelles NATION newspaper.

Mr Morel spent most of his life in the world of media and as we celebrate World Press Freedom day, we invited him to share his knowledge of the media with us and you, the readers.

Seychelles NATION: Tell us your relationship with the media in Seychelles.

Rene Morel: I have worked all my life in the media, from the time I left school at the age of 18 until my retirement. I started at the then Far East Broadcasting Association (FEBA) and a year later joined the government information services, on the eve of independence. Soon after I began developing greater interest in the written press, specialising in news agency journalism and newspaper operations. Seychelles NATION was like my second home. Almost uninterruptedly during four decades, and at various levels of involvement, I participated in the publication of the national newspaper, both as writer and manager. I stopped serving in the post of chairman of the board of directors of NISA (National Information Services Agency), the parent company of the Seychelles NATION, in December 2017. I was also involved with the launching and operations of the Seychelles Agence Presse news agency, other publications namely the Seychelles Today, Seychelles Unlimited, Isola Bella and Leko Lemwan for La Digue. The last article I wrote was published about seven months ago.

Seychelles NATION: Do you watch/ read the news daily?

Rene Morel: For the time being I am merely a consumer of the services provided by the media. I do watch and read the news daily. It is a habit. Watching and reading the news enlighten me. However, I have to admit that I harbour a preference for reading newspapers. News in a newspaper is there in black and white. The newspaper is kept in its material form, and does not have to be switched on. When I miss a television or radio news item, or I could not understand what was being said in the broadcasts, I always turn to the physical newspaper which I will read over and over again until the matter is clear to me. It is a truism of the latin phrase verba volant, scripta manent, popularly known in French as “les paroles s'envolent, les écrits restent”.

Seychelles NATION: What are your views on the evolution of media in Seychelles?

Rene Morel: To have witnessed the fast progress of the media in Seychelles gives me a lot of satisfaction. I have lived exciting times. Most of the changes were technological which have enabled the mass media to reach bigger audiences, even in remote areas, more effectively and at lower costs. After calculating all the costs of the past in today’s value, I dare say that it is cheaper and easier presently to, for example, publish a newspaper. Seychelles NATION and NISA managed to turn the national newspaper into a financially autonomous publication in 2015. Looking back at the many challenges of the past, it is clear that the evolution at Seychelles NATION has saved the newspaper. Without the changes it would have been very difficult for Seychelles NATION to ride the Covid-19 storm. These are my views. Every medium has its own story. There are many more television channels and radio stations competing for the attention of a small island audience. We now have social media which, unshackled by the logistics weighing on newspapers and broadcasting houses, are the true motors of freedom of expression. The evolution is happening so rapidly that it is motivating operators of the media services to continuously look for ways to remain relevant and effective. The audience will always win.

Seychelles NATION: Do you think we (media people) are trained enough to tackle the evolution of society?

Rene Morel: Training is never enough. Earlier we talked about the evolution of media and now the question is about evolution of society. Digitisation is changing our lives. Very fast. We see its use in the media, industries, commerce, communication … Social media have turned us into an interactive society. It seems everybody now has a voice. They are expressing their views on anything. There are provocations and reactions. I believe the traditional broadcast and print media, too, can become more interactive with their respective audiences. Train to propagate the truth. Train to believe in people. Train to serve as good models to society. Train in order to educate better. Train to be more creative and do more in-depth stories. It is clear training will give the media people additional skills to help build the better society we all strive to achieve.

Seychelles NATION: Anything else you want to add for this special day?

Rene Morel: The media is a good tool. Appreciate your society, which is actually your best university. Love it. Use the tools well.