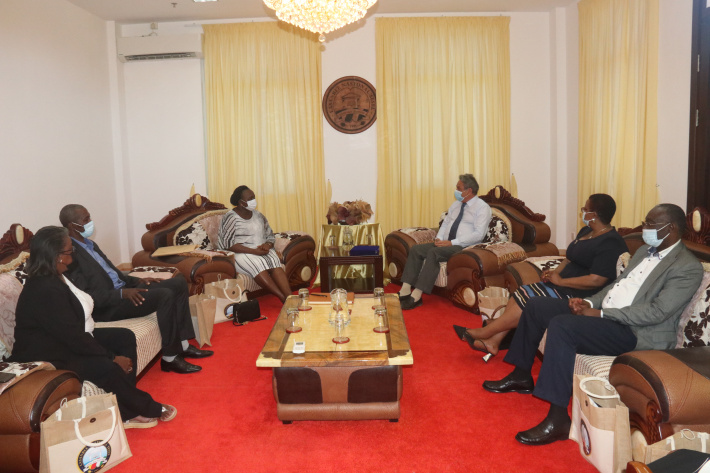 The meeting with the Speaker (Photo: Joena Meme)

This was followed by a meeting with the Seychelles PAP delegation comprising Hon. Regina Esparon, Hon. Wavel Woodcock and Hon. Conrad Gabriel. Two other members, Hon. Sylvanne Lemiel and Hon. Terence Mondon, could not attend the meeting.

After a brief presentation on the purpose of their visit by Hon. Amogin Jacqueline, the Seychelles PAP delegation got to know more about the candidate for the post of vice-president of the PAN-African Parliament, Hon. Kawooya.

“I am counting on the support of Seychelles to be elected in that position and my priorities will be to put the advancement of gender and human related issues on top of Africa’s Agenda; to restore confidence, image and visibility of the PAN African Parliament (PAP); to restore team spirit and harmonious working relationship among the Bureau, PAP members, secretariat staff and the African Union Commission; to ensure that the PAN African Parliament becomes the creation centre of model laws for good governance, peace, security and development of the African continent; to ensure acceleration of the signing ratification and depositing of the instruments of the Malabo Protocol by the member states in order to expeditiously transform the PAP into a fully autonomous legislative Assembly and lastly to advocate for members’ empowerment to effectively perform their duties as enshrined in the African Union Constitutive Act.

The visit ended with a tour of the National Assembly and sharing of tokens from both sides. 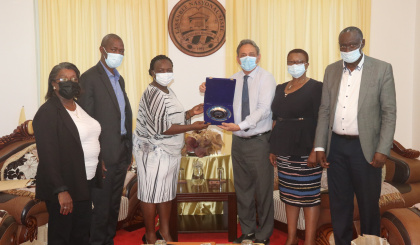