The Truth, Reconciliation and National Unity Commission yesterday undertook three open session hearings, all of which were new complainants who were setting out the details of their case before the commission.

Seventy-two-year-old Zita Bijoux brought a case before the Truth, Reconciliation and National Unity Commission (TRNUC) in regards to the death of her son, Laljee, who was 19 years old at the time and working with the National Guards.

He was shot while at work in relation to a scheme by three individuals to steal money. At the time he was living at Copolia with his partner and had a 15-month-old daughter.

On the day that Laljee passed, Mrs Bijoux and her husband were made aware of his death through their eldest son, sometimes during dusk.

“It was later that I learned that Laljee had been shot while escorting a guy from SPTC. As I went to get ready to see what was happening, I called the police and they told me ‘madam it is not necessary for you to come down, his body has already been picked up and sent to the mortuary. You won’t see him’,” recalled Mrs Bijoux yesterday.

Mrs Bijoux noted that she was told that Jimmy Cadeau, Alain Leon and a driver (surname Antat) were implicated in the incident. All three were charged and convicted in 1994 for their involvement.

Laljee’s case went to court but Mrs Bijoux stated that she did not understand much of what was going on during these proceedings.

She noted that the officer in charge of Laljee must have been an accomplice “so that he could get a chunk of the money” as he was the one who switched Leon and Laljee’s duty placements.

“I do not know who was the person in charge at the National Guard who changed the working shifts[...]” she said.

Mrs Bijoux stated that Laljee was killed while defending the man carrying the bag of money, and this man was able to run to the police station but Laljee was shot in the debacle. The police were able to catch Cadeau and Leon who had been involved in the shooting, and later the third man. According to Mrs Bijoux, Laljee’s body was found near the meat corner, a well-known location in Victoria.

“There were three bullet holes in the wall and it was the fourth bullet I think which got my son in his stomach,” she added.

A while after, Mrs Bijoux learned that the men involved in her son’s untimely death had been freed from prison and to this date she is still looking for answers as to why and how this happened. They were pardoned and released in January 2002.

TRNUC Commissioner Gabriella McIntyre was able to establish that Cadeau, Leon and the driver (surname Antat) received presidential pardons that were signed on January 2 and 3, 2002. The President of Seychelles at that time was France Albert Rene.

“It was a conditional pardon; they had to be on good behaviour or they could be revoked, and they had to perform some community service and meet with their parole probation officer but effectively the president pardoned them so they would have spent about 8 years in jail,” remarked Mrs McIntyre.

Understandably, Mrs Bijoux expressed her anger at the fact that the trio only served eight years of what she believed were life-long sentences. She added that there was something suspicious going on if they were granted pardon less than a decade after their crime.

After she heard of the pardons, Mrs Bijoux never went to see the president to address the issue or seek compensation but she acknowledged that she went to the ombudsman.

She highlighted that she also happened to be a supporter of President Rene.

Mrs Bijoux told the commissioners that she hopes the person who was responsible for changing Laljee’s work shift would come forward and explain why he did so.

“They must all come here and speak the truth, not lies. Say what happened[...] what they were going to do with that money, why they killed my son[...],” concluded Mrs Bijoux.

The second complainant of the day was Deborah Zuvela who appeared before the commission via Skype from Perth, Australia.

Mrs Zuvela recounted her family’s story while in Seychelles, and although her family's experience with the former regime was not as dire as some other families, she noted that they faced harassment from the then government and its supporters following the coup of 1977.

“Given the political situation that existed at that time, there was no opportunity then to report such events and it is for this reason that I am now going to recount my experience and that of my father, Mr Peter William Brown,” she started off.

She explained that her father fell in love with the Seychelles and decided to move his family to the islands in 1969. He came to Seychelles with a land developer permit and later the family became permanent residents.

Mr Brown built several homes in the Seychelles and also a small block of flats at Beau Vallon.

“My dad was not political and had friends from both sides of politics,” continued Mrs Zuvela.

Mrs Zuvela was two and her brother was seven years old when they moved to the Seychelles, and they subsequently attended Glacis school, Regina Mundi Convent (Mrs Zuvela) and Seychelles College (her brother).

In 1979, the Monday following the students’ demonstration in which she and her brother participated, it was announced that schools would be closed on that day.

Mrs Zuvela was 12 years old at this stage and her brother 17.

“My dad grabbed my hand and we ran down the steps of the Yacht Club. When we got to the bottom of the Yacht Club, the entrances were all blocked because people were running in and calling out. So dad turned and ran down the small jetty. There was a gentleman who was getting away in a dinghy, my dad pushed me in it and came in after me,” recounted Mrs Zuvela.

It was a panicked, stressful and scary situation, she explained to the TRNUC.

It seemed that the demonstrators who had rushed into the Yacht Club were pursuing them in boats and Mrs Zuvela, then 12 years old, was able to hide in a cabin on a yacht after her father had pleaded to the persons on the yacht to provide a hiding place, if not for him, at least for his daughter.

Her dad was also able to make it on the yacht, and hid in the toilet area.

“We were both very traumatised at that point over what had happened,” she said.

They were taken from the yacht to the Central Police Station where they sought sanctuary for a while before picking up their car. The police told them that they were unable to do anything for the Brown family because this was a political issue.

“From there my dad decided that it was not safe for us to stay in the Seychelles and he bought a flight out that very night to South Africa[...]we had to pick up my brother at Beau Vallon and he was shocked and not very happy that we had to leave the island,” she said.

When her father came back to Seychelles in January 1980, he was made aware of a rumour that he would be arrested although he was never arrested.

In June 1980, while young Deborah (now Mrs Zuvela) was vacationing in Seychelles from boarding school in South Africa, her father received a letter informing him that they were about to be deported in a week’s time.

Mrs Zuvela said that no reason was given for the deportation and they moved permanently to South Africa.

While in exile, Mr Brown wrote many letters asking to be allowed back in the Seychelles and in 1983 he received permission from the president to come back to Seychelles, and upon his return they would decide under which conditions he could stay.

He returned to Seychelles but, a year later, in 1984 he was coerced to sell his property at Beau Vallon to the government, namely by a Mr Payet who was the principal secretary in the Ministry of National Development.

In a letter written in 1992 by Mr Brown to the director of lands, Mr Brown requested for “the return of plots of land H723 on which stands Mango Lodge, H722 and H444 which are vacant land”.

The letter reads: ‘Mr Payet informed me that my property was in an area where the government intended to develop. He advised me to seek a government valuation of the property rather than take the risk of it being acquired. It had taken me two years to build Mango Lodge and the rent from the property was my sole source of income. I explained this to Mr Payet who said that compensation would be preferable to acquisition.’

Pressure was already being applied by a government official who had removed seven beacons on the southern part of his boundary, and no actions were taken against the person who did so. This was one of many attempts to force Mr Brown off his property.

Following this, Mr Brown was told that his vacant plot of lands “had no value whatsoever” and that the close proximity to Beau Vallon beach did not make the slightest difference.

In the end, fearing an acquisition order on the property, he reluctantly accepted the “inadequate” sum of R650,000 for the Mango Lodge property. No payments were made for the other vacant plots.

Mrs Zuvela explained that she has come forward to resolve the long years of mystery on why exactly her family and her father were targeted.

Last to follow was the complainant Vincent Padayachy, who was targeted for his involvement with the movement against the one-party regime and the opposition party post 1993.

“In 1990, I was approached by a very well-known politician nowadays in Seychelles who asked for my help with a movement that was hoping to bring democracy to the Seychelles at that time and I agreed, because I saw things that were happening that were affecting all of Seychelles and it was disgusting.”

A few days later, two officers from the special branch came to visit Mr Padayachy at the office of his rental company to verify who was driving one of his vehicles around.

With no evidence of his direct implication, Mr Padayachy was left alone.

In 1998, Mr Padayachy ventured into the tourism industry with the establishment of hotel property but a few years later there was an incident during which he said fire was placed on his property at Port Glaud.

Mr Padayachy said that he also spent five days in jail due to bogus drugs charges.

He also took the opportunity to call on the TRNUC to look into the reason as to why one of his foreigner friends was declared a prohibited immigrant, just right after they had had lunch with a prominent opposition politician that Mr Padayachy spoke about. 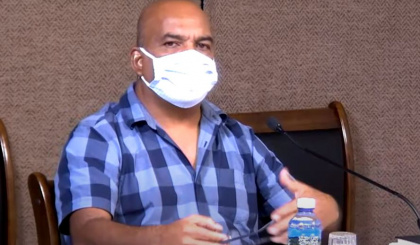 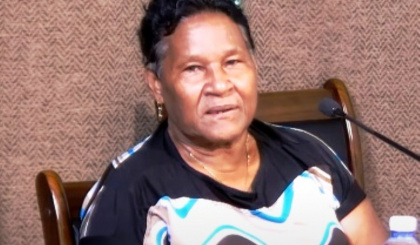 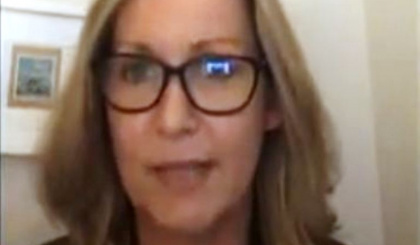