It has been just under one year since the Afrobeat creole fusion ‘Baba Dou’ single was released by local stars Ion Kid and Auspicious, with the music video following in June 2020. Since its release, the jam has secured its place as one of the nation’s favourite tracks, holding on to the top spot in charts shows for weeks on end.

Months later, the tune is still going strong, earning the two artists the spotlight on the Voice of America’s online platform, with the video featuring in the entertainment segment of the Africa 54 programme, on March 26, 2021, while the song was featured on the ‘Music Time in Africa’ radio programme playlist which was released on April 3, 2021, alongside other Afrobeat bangers by superstars including Mr Easy and Davido and Grammy-award winner, Nigeria’s Burna Boy.

Since the release of the programmes, feedback has been flooding in from fans, as well as from possible business ventures from the likes of the Trace TV platform.

“It is a joy to be featured on such a platform and to have had our work and efforts recognised. I pray that it goes further than this and that our music gets further exposed and promoted,” Ion Kid stated.

Baba Dou was officially released as a single in May 2020, and the video the following month. The song itself was produced by Ion Kid, and is available for purchase online through platforms including www.tropikalsoundz.com

“It is a privilege to be featured on such a large and vast platform. It is one thing to make an impact with our music locally, and have it making the rounds on airwaves, but it is another to have a regional or international audience appreciate our work, our music and our culture,” Auspicious added.

In the meantime, both artists have been keeping themselves busy working on personal projects while the Covid-19 pandemic persists. Auspicious reveals that a group of five artists were planning a concert in Mauritius for regional exposure but this will not be possible on account of the recently-imposed lockdown in neighbouring Mauritius.

“We could go further and take our music to greater heights but certain important mechanisms and structures were lacking. Our music is just as good as some of the other artists who are popular and can make as much of an impact as some of the big artists, like the ones we featured alongside in the radio programme, but artists need proper backing,” Auspicious added.

As such, the young artist is focusing his efforts on his production team and newly formed band ‒ The Conquerors ‒ although he remains confident that, despite the uncertainty resulting from the pandemic, upcoming projects will be just as, if not more creative and exciting.

Meanwhile, Ion Kid is working on a new album, his first in six years, which also promises to be just as lit.

Voice of America (VOA) is the largest US international broadcaster, providing news and information in more than 40 languages to an estimated weekly audience of more than 280 million people. It produces content for digital, television, and radio platforms, and can be accessed via mobile phone and on social media. It is also distributed by satellite, cable, FM and MW, and is carried on a network of more than 2,500 affiliate stations. 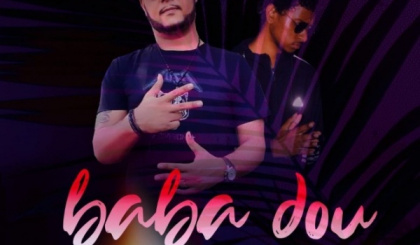